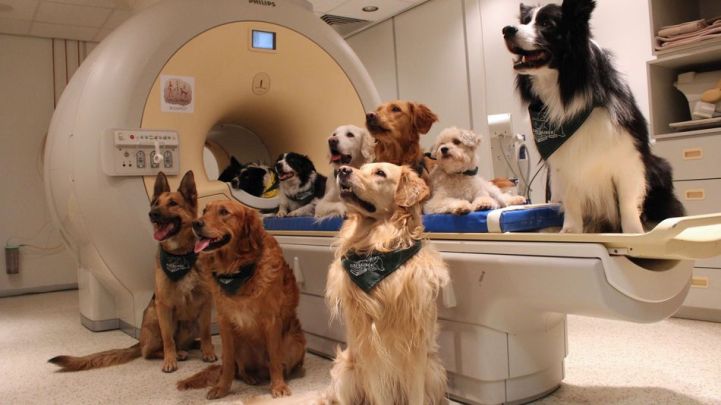 Have you ever wondered if your dog can understand what you’re saying? According to a new study from Hungary, canines do comprehend the words we speak and how they’re said. The journal Science recently published a project conducted by researcher Attila Andics at Eotvos Lorand University that found that dogs understand speech in a similar way to humans—like us, they process words with the left hemisphere of their brains and pitch with the right hemisphere.

To produce this experiment, Andics and colleagues spent months training 13 dogs how to lie motionless inside an fMRI machine. This allowed them to scan the canines’ brains as the animals listened to their trainer speaking various combinations of words such as “well done!” and “however” in either high-pitched, cheery tones or neutral intonations. 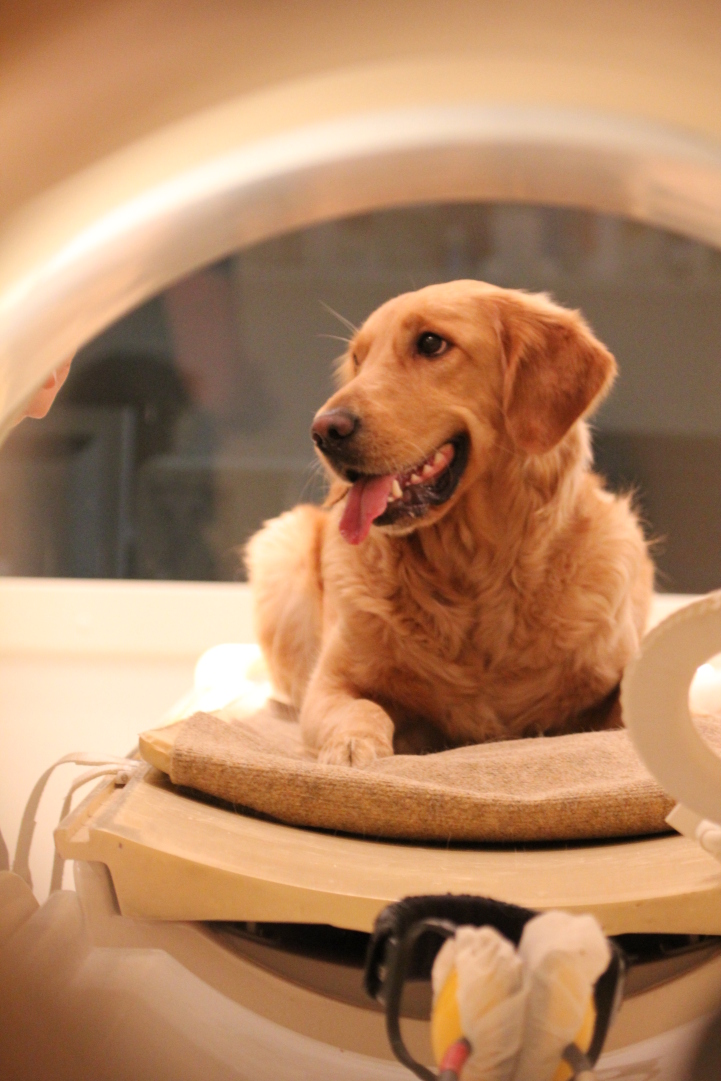 The results demonstrated that dogs process vocabulary separate from tone and responded better when phrases of praise (like “well done!”) were paired with the same type of intonation. “This shows,” Andics said, “that dogs not only separate what we say from how we say it, but also that they can combine the two for a correct interpretation of what those words really meant.”

These findings potentially offer new insights into the evolution of language. Specifically, that its development happened sooner than previously thought. “The neural mechanism humans have for processing meaning in speech,” Andics explained in Science, “so for processing word meaning and intonation, are not uniquely human—they seem to be there in other species.” 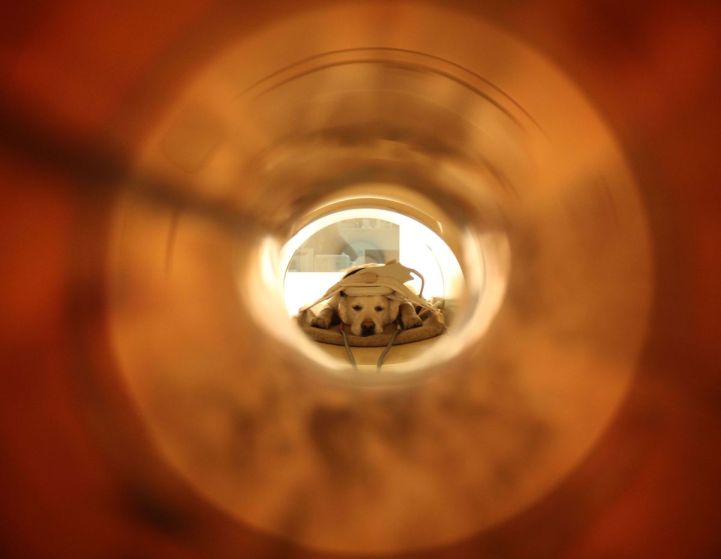 One of the dogs in the fMRI machine listening to its trainer via headphones.
Photo credit: Photo credit: Vilja and Vanda Molnár

via [Mashable, The Guardian]