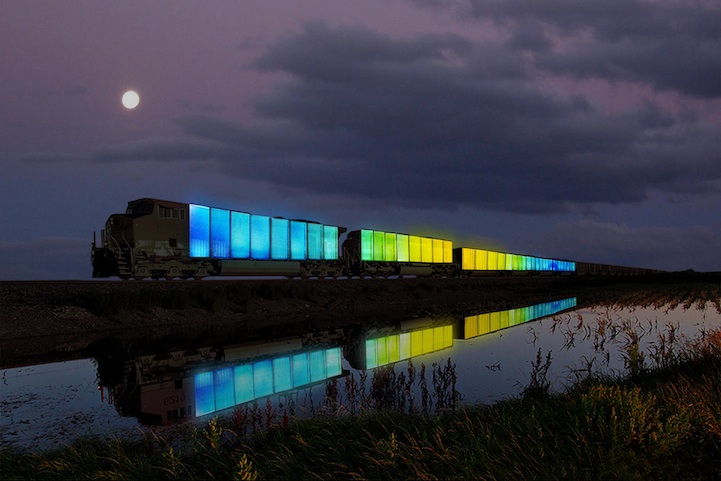 All aboard! An exciting, new public art project has just been announced. Artist Doug Aitken is gathering a group of artists and musicians and then sending them off cross-country on an Amtrak train. In September, over the course of three weeks, they'll make 10 stops at train stations in cities like Chicago, San Francisco, and Los Angeles where they'll put on unique cultural events that celebrate each town's own creative community. The experience is called, “Station to Station: A Nomadic Happening.”

Aitken is connecting leading figures in the worlds of art, music, food, literature and film. Artists who will be a part of this movement include names you're probably already familiar with like Olaf Breuning, Peter Coffin, Urs Fischer and Ernesto Neto.

“We live in a world where art exists in galleries and museums, and musicians have to play the same venues over and over,” said the artist, 45, to the Los Angeles Times. “This is a way for artists to stretch creatively.”

“I don't want to create a fixed, predictable program of activity. To me a happening is more about empowering the audience and performers, more about collective energy. I'm imagining a kaleidoscope of different mediums and voices.”

The train itself will be quite a spectacle with Aitken decorating its nine-cars with programmable LED lights. The kinetic sculpture will change color and tempo depending on the weather and the train's speed.

Read more about this fascinating art project on LA Times or Wired.