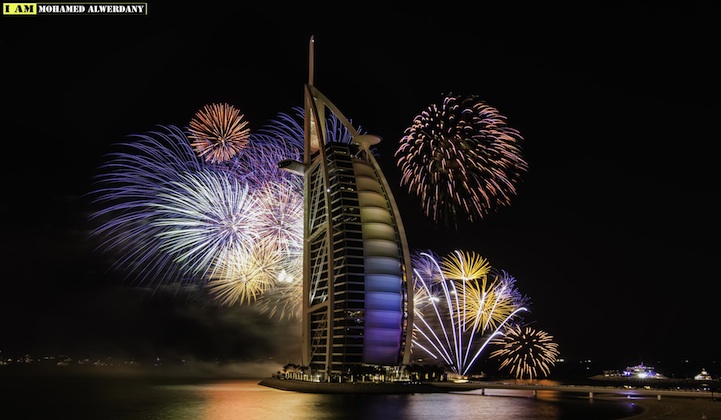 Last night, Dubai broke the world record for the largest fireworks display ever! Over 500,000 fireworks were used in the six minute show which covered a distance of 61.6 miles (or over 94 km) and included the city's seafront as well as Dubai's most famous landmarks like the Palm Jumeirah, World Islands, the Burj Khalifa and Burj Al Arab. It took workers 10 months of planning to pull off the incredible feat with 100 computers synchronizing the pyrotechnics with a musical soundtrack. To make sure that the fireworks' timing were accurate down to the millisecond, leading up to the event, more than 200 expert technicians worked an astounding 5,000 hours.

Of course, everyone knows that Dubai does things in grand style. Organizers “just” had to beat the standing 2012 world record, the display to mark Kuwait's golden jubilee anniversary where 77,282 fireworks were launched. Dubai broke that record within their first minute.

Out of the reported 1.7 million people who attended the event, there was no doubt a slew of photographers capturing the spectacle. Here are some photos by those lucky enough to witness it all first-hand. In case you missed it, you can also watch the recently released video, below. 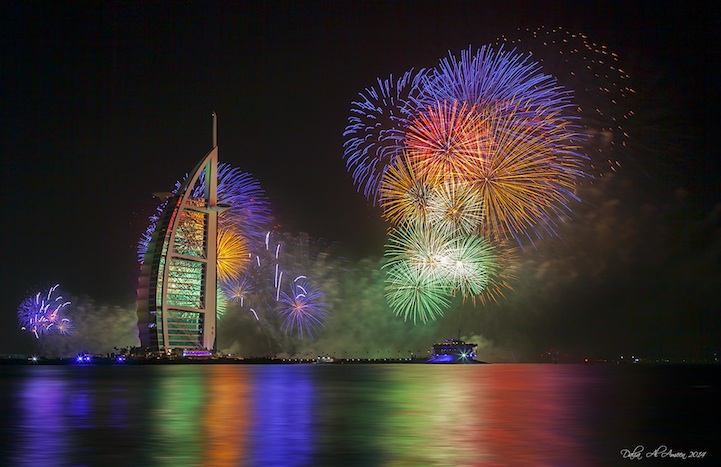 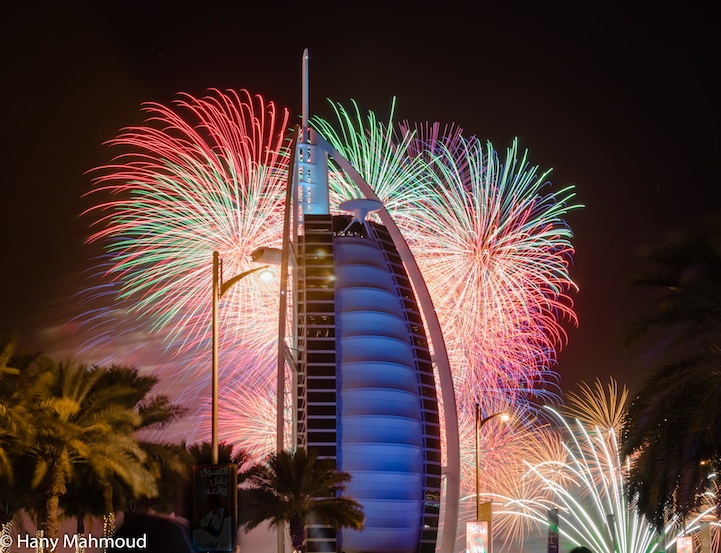 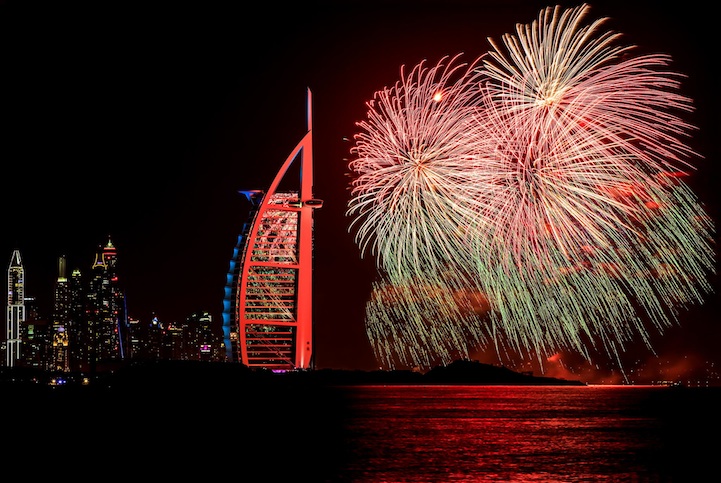 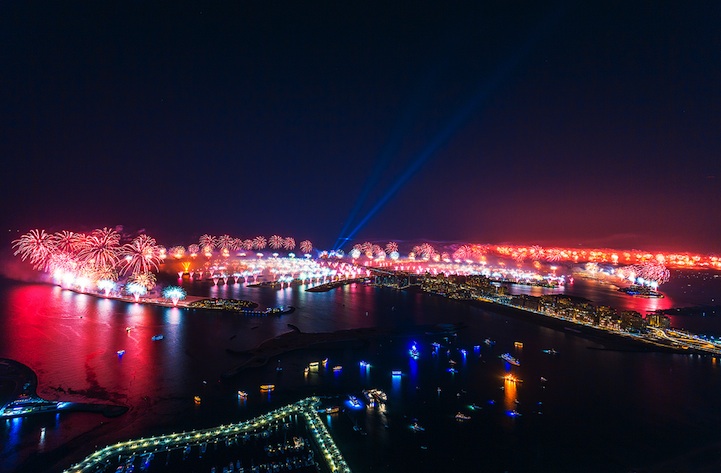