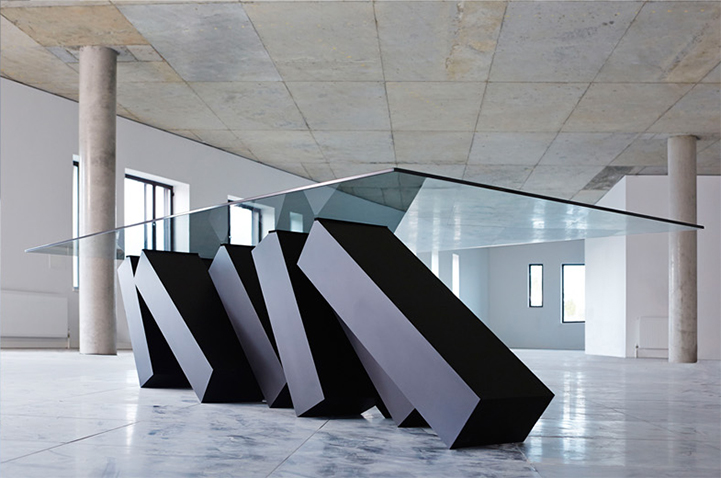 If you're searching for a statement coffee table to enhance your living room, then look no further than Duffy London. Its designer, Christopher Duffy, produces bold pieces of furniture that delight us in their playful illusions. This particular creation is called the Megalith Table. It features a toughened glass top that seems to balance on a series of tumbling dark slabs, similar to a set of dominos about to fall over. Although these monoliths aren't going to collapse, they're frozen in this permanent state. It definitely adds some drama to your ordinary coffee table.

The Megalith takes inspiration from literature, specifically from a book called The Sentinel by Arthur C. Clarke. His story was the basis for the film 2001: A Space Odyssey by director Stanley Kubrick. Its plot involves the discovery of a mysterious artifact on Earth's Moon left eons ago by ancient aliens. The relic is made of a polished material, just as Duffy London's table uses smooth, powder-coated steel for its slabs. And, as alluring as the artifact is in The Sentinel, the Megalith Table also amazes viewers with a mind-bending illusion. 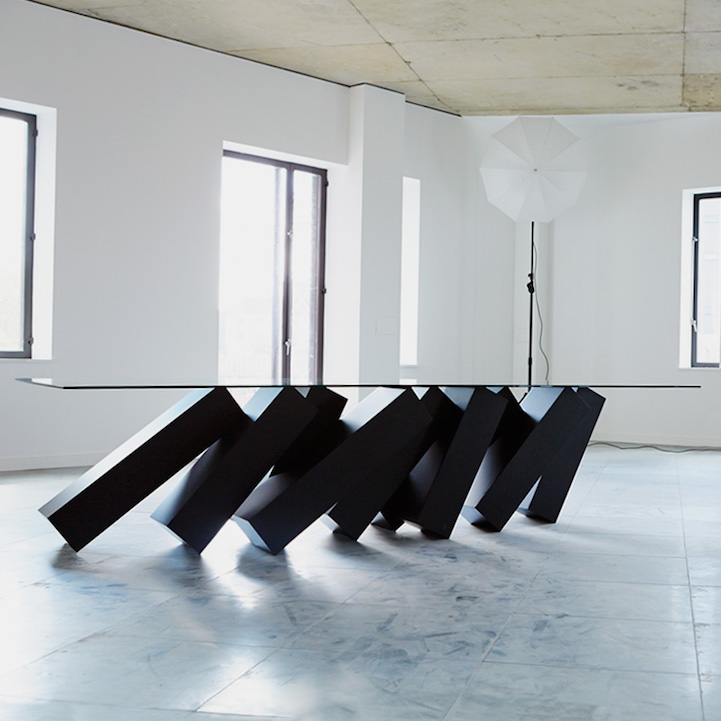 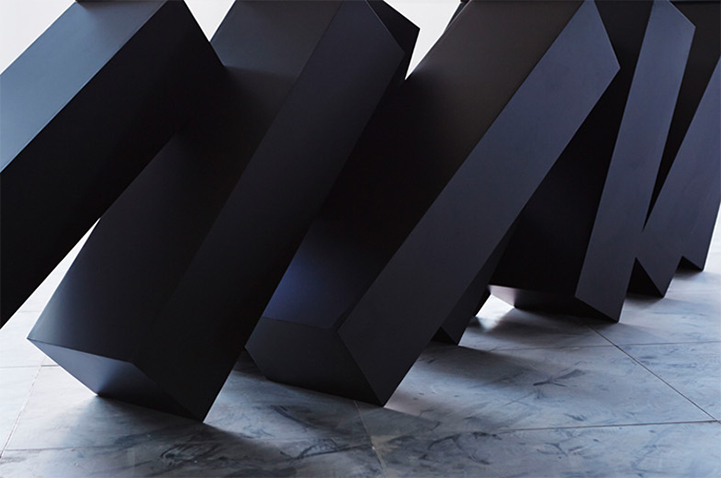 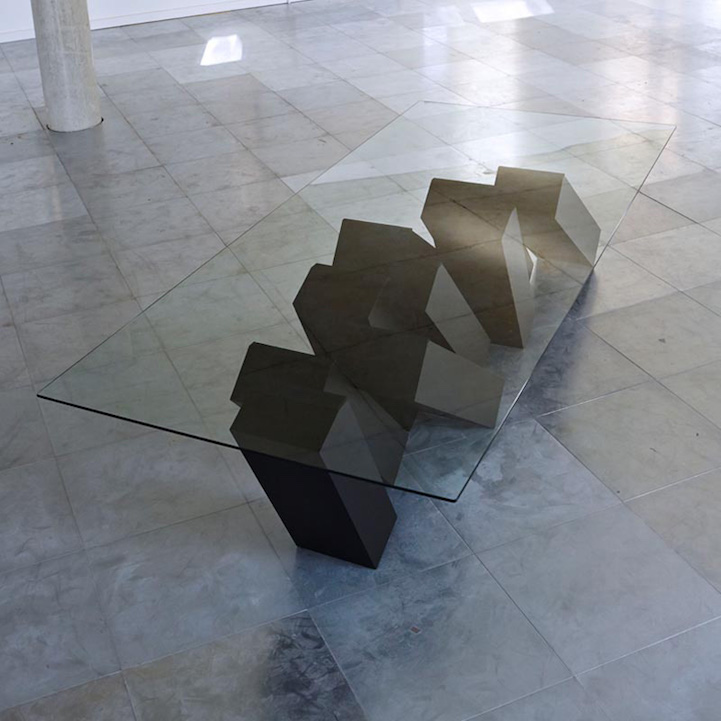