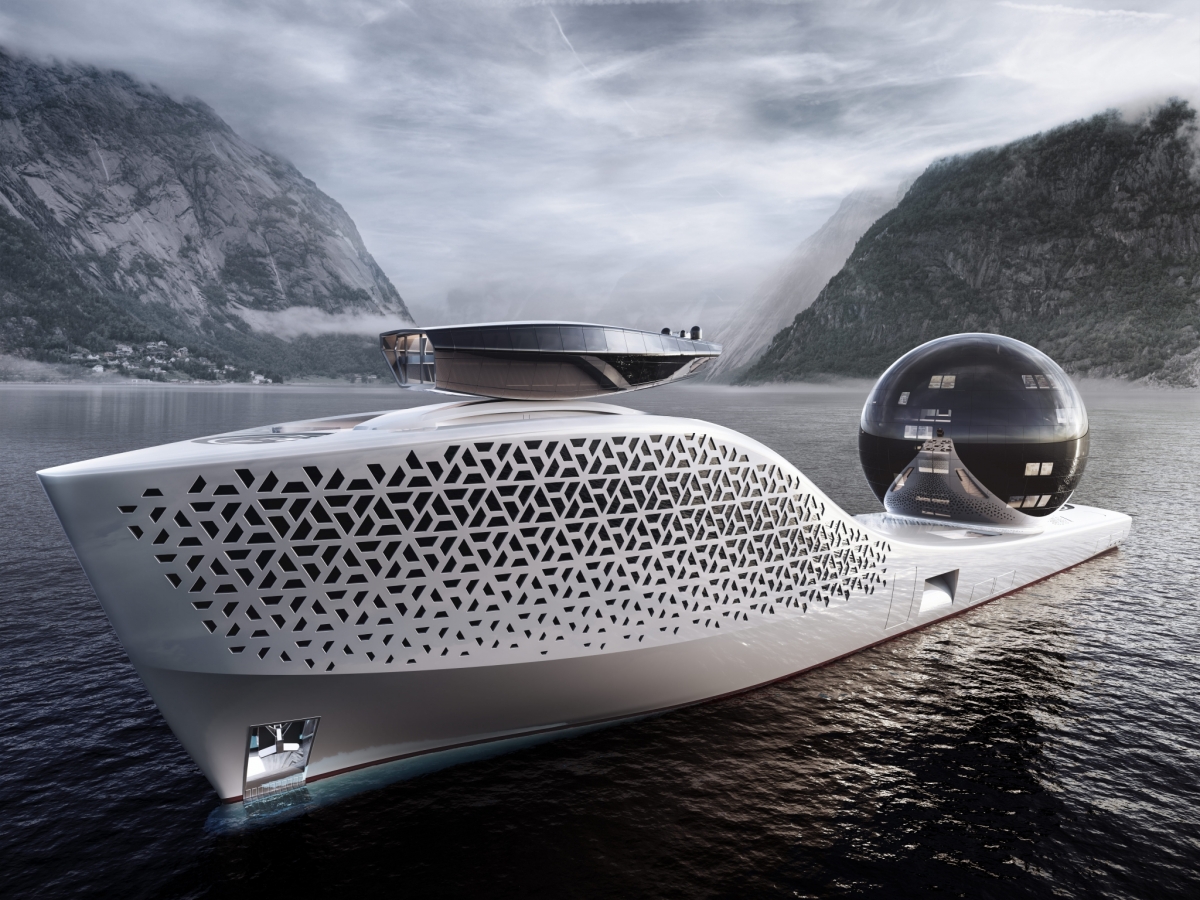 Concerns about the environment and climate change have never been more heightened. Though some may choose to ignore these important issues, others are inspired to act on behalf of the planet’s wellbeing. One privately funded company called Earth 300 seeks to lead the charge on finding solutions to the most pressing issues of our time. They hope to create a hub for cutting-edge scientific research on the high seas by inviting the world’s most forward-thinking scientists and innovators to embark on research voyages in a 984-foot nuclear-powered superyacht.

“We are living at a pivotal moment in human history, facing the greatest challenge since the dawn of man—climate change,” says Aaron Olivera, the CEO of Earth 300. “So our goal is to ring the climate alarm on a global scale and inspire an era of ecological imagination, spawning a new brand of planetary vanguard, ethical leaders who will support a new economic and ecological vision for the world.”

The proposed mega-yacht shares the same name as the company—coined as a result of the whopping 300-meter length of the sleek vessel. To foster the aims of Earth 300’s lofty mission, the ship will be equipped with 22 state-of-the-art laboratories filled with the latest tech—all housed in an eye-catching 13-story “Science Sphere” that sits opposite the cantilevered observation deck. It will host research on energy independence, water and food security, climate catastrophes, and other important areas of global concern.

“Earth 300 will use global systems thinking,” Olivera continues. “Aboard the vessel we will explore the broadest spectrum of standpoints, bringing together the smartest and brightest minds to create an intelligence collective that is unrivaled in scope and diversity.”

In addition to 160 of the world’s leading scientists, the mega yacht will also welcome 20 experts from other fields—entrepreneurs, economists, engineers, explorers, and artists— 20 students, and 40 VIP guests on each voyage. The ship will have features found on many different types of watercraft, including cruise ships, expedition and research vessels, and luxury yachts. However, Earth 300 defies being placed neatly into any one of those categories.

The behemoth will be powered using a 100% emission-free molten salt reactor, a type of nuclear power that is considered to be a safe and sustainable form of clean energy. The superyacht will also be outfitted with a helipad to accommodate travel by helicopter to and from the vessel as well as exploration by air. In addition, it will house a number of underwater vessels to aid in any deep-sea studies. Already backed by several prominent partners—including IBM, NED-Project, and RINA—Earth 300 hopes to launch its maiden voyage by 2025.

“We want to build a global icon for science,” Olivera asserts, “designed as a scientific sculpture on the seas, to capture people's attention and inspire their imagination.”

Earth 300 is a company building a 984-foot nuclear-powered superyacht to host scientific research on the high seas. 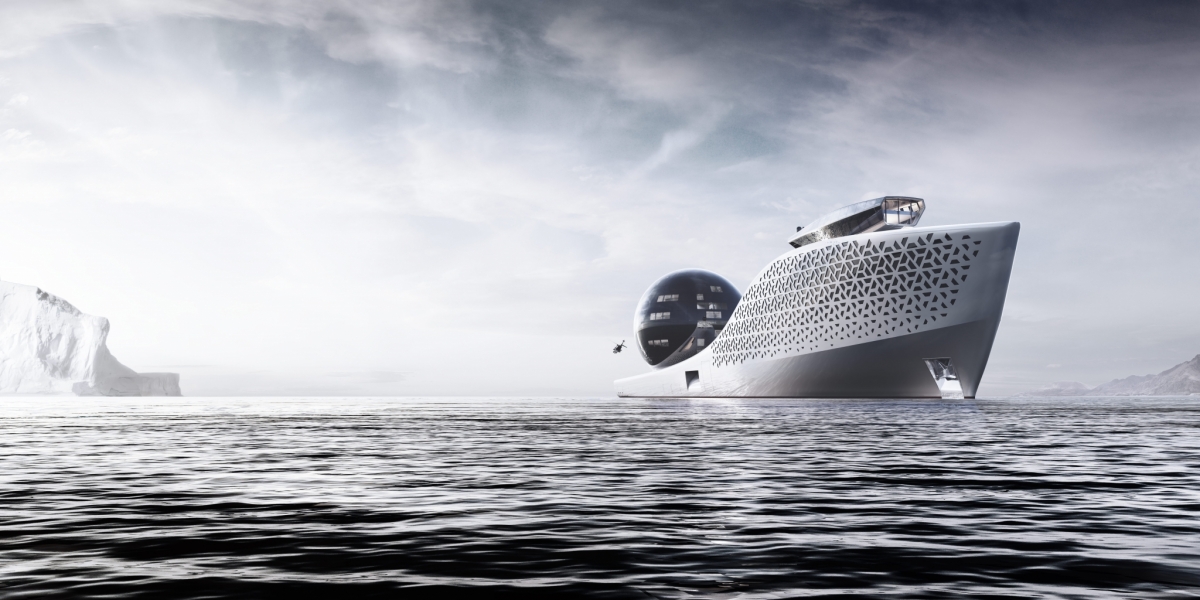 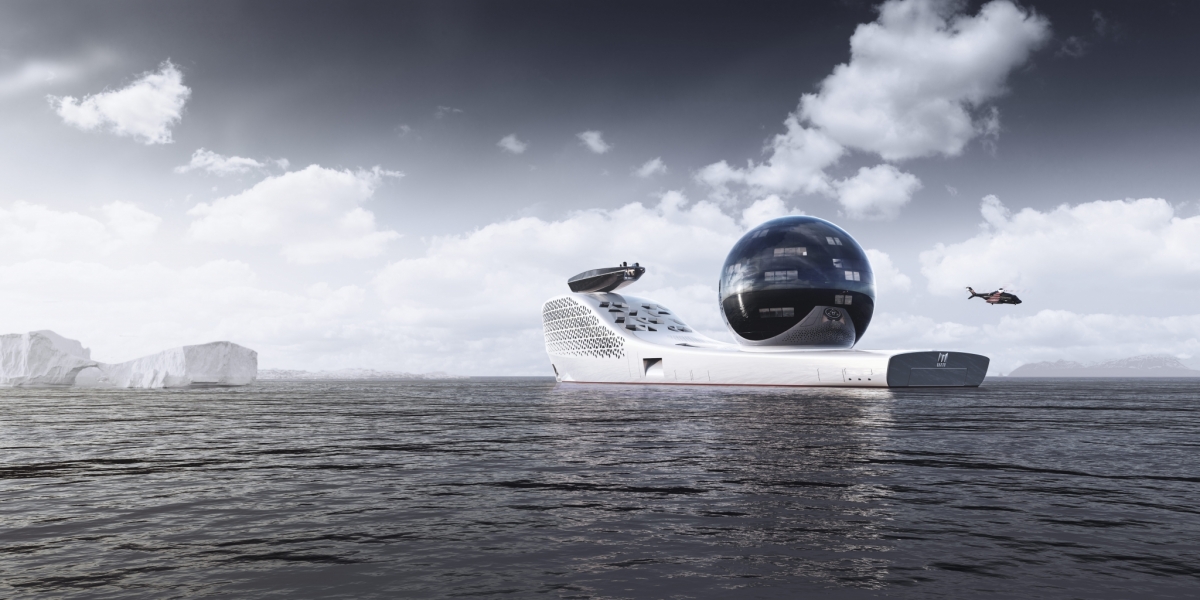 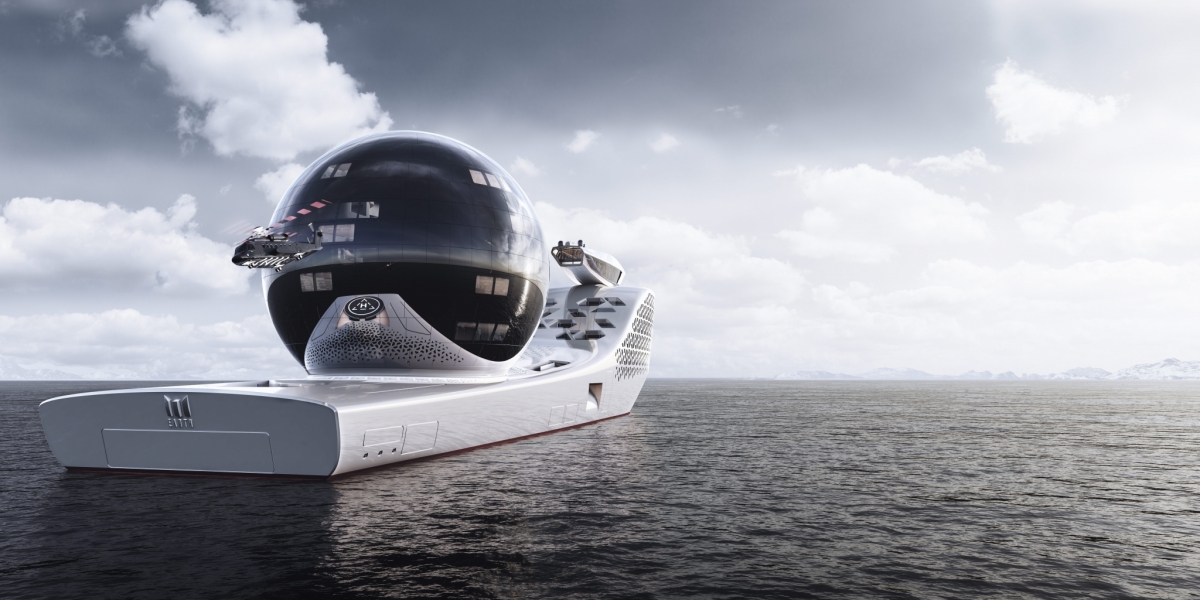 The mega yacht houses 22 state-of-the-art science labs in a 13-story “Science Sphere” and will host 160 of the world's leading scientists. 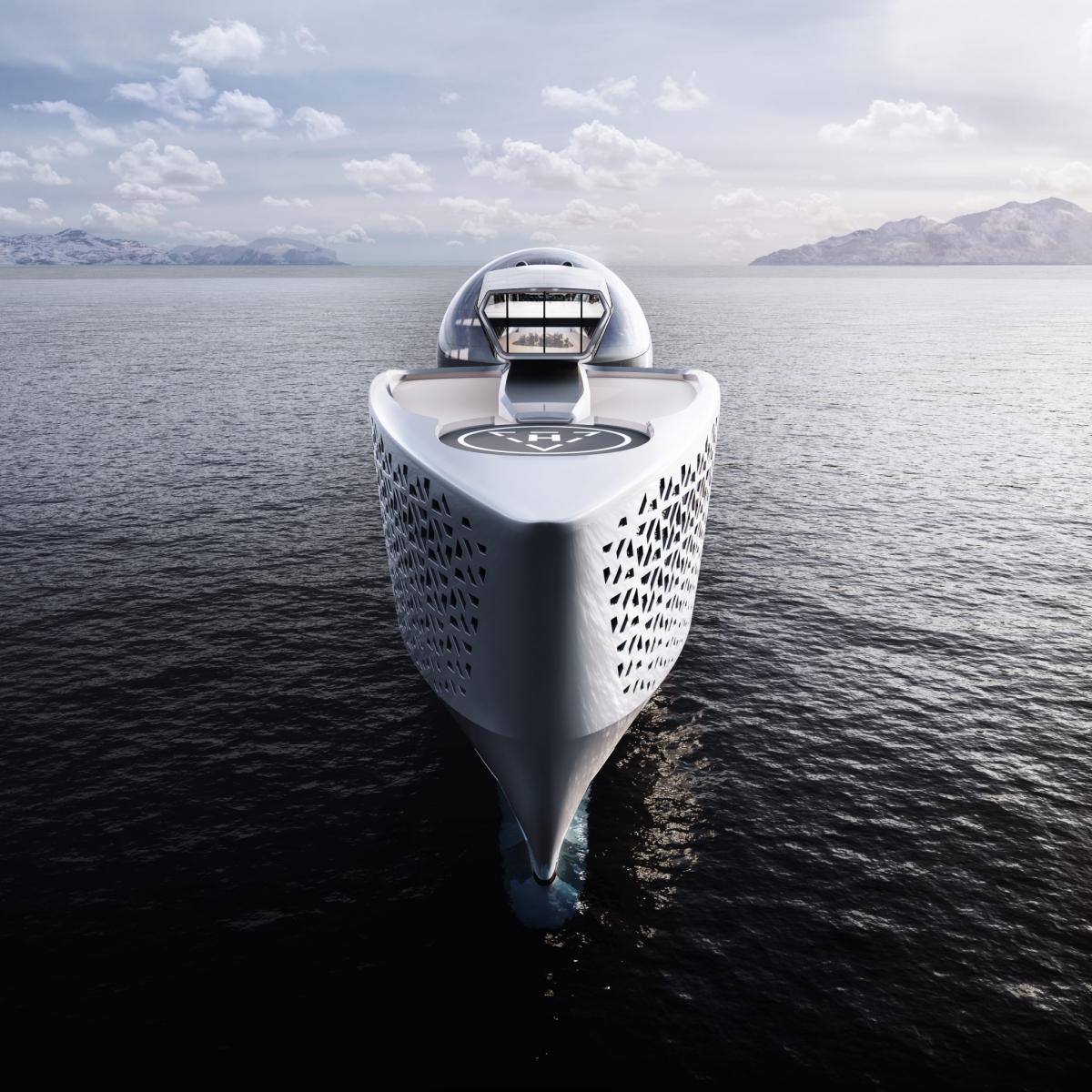 Think this is an awesome idea? Share
Like My Modern Met on Facebook
Get Our Weekly Newsletter
Become a
My Modern Met Member
As a member, you'll join us in our effort to support the arts.
Become a Member
Explore member benefits