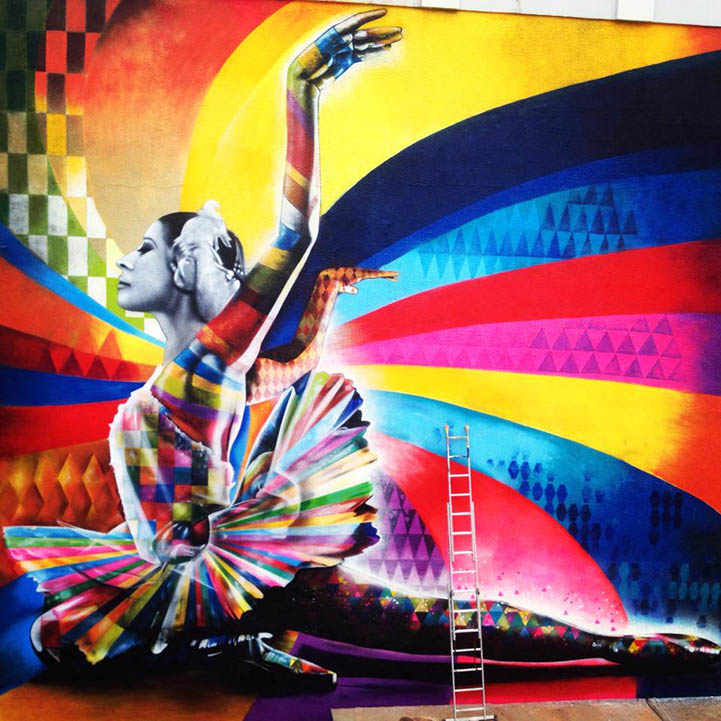 In his signature style, Brazilian street artist Eduardo Kobra recently created this rich and vibrant mural, entitled Ballerina, along the streets of Moscow. For the piece, he covered the large space with rainbows of fragmented geometric forms that flow together into the elegant portrait of Russian ballet dancer Maya Plisetskaya. Kobra says, “I want[ed] to make for Moscow something that is connected to its culture.”

The large-scale piece took a few days to develop and was created as a tribute to the dancer–considered one of the greatest ballerinas of the 20th century–who will celebrate her 88th birthday on November 20, 2013. Kobra's impressive painting techniques and Plisetskaya's graceful ballet moves merge in a perfect blend of energy and elegance that emanate from the wall in swirls of color spanning about 40 feet high and 53 feet wide.

According to Kobra, the mural features a scene from Tchaikovsky's Swan Lake and was created in quite the appropriate area of town. Kobra explains, “The street where we are working, with classical buildings all over it, is preserved as a historical and cultural heritage. It is in the Tverskoy district, a stunning area, with 19 theaters, such as the Stanislavski Theatre and the Grand Bolshoi Theatre.” 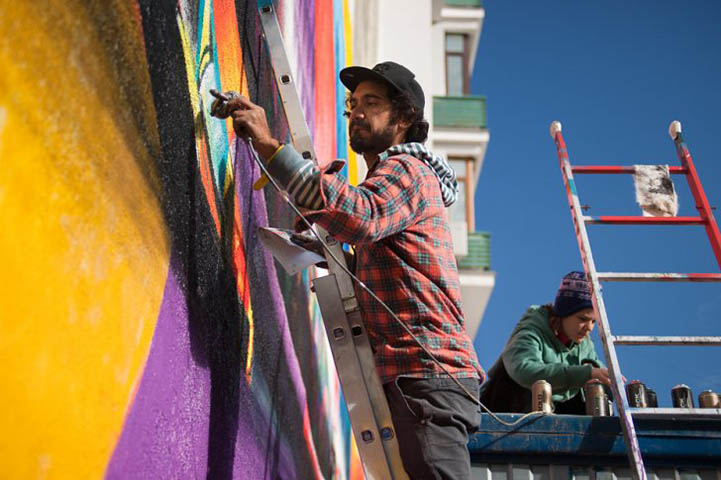 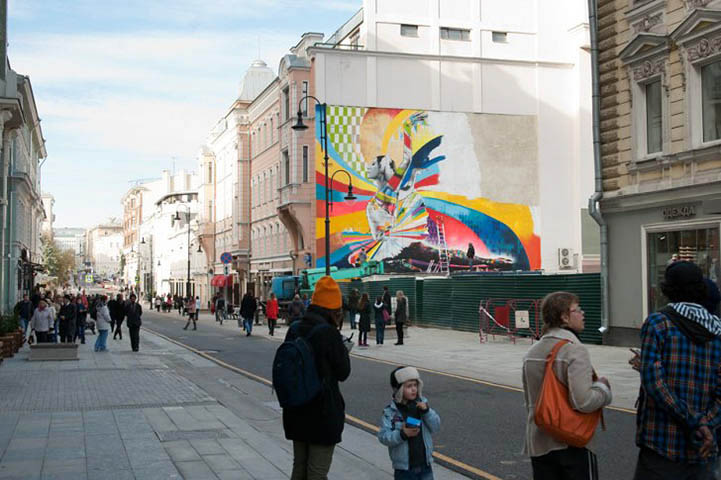 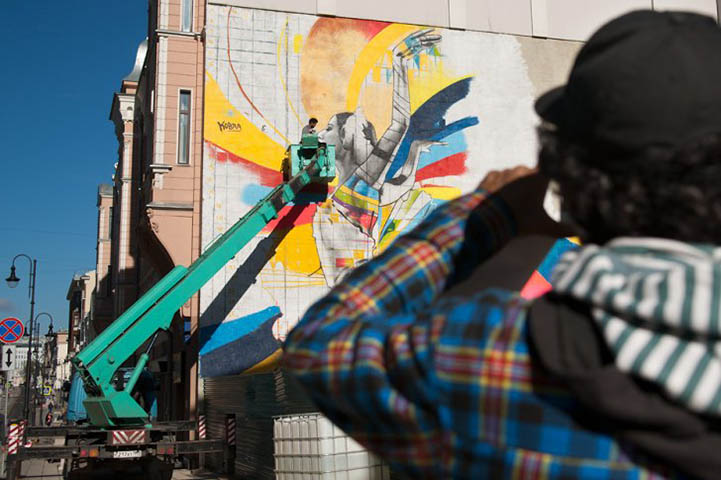 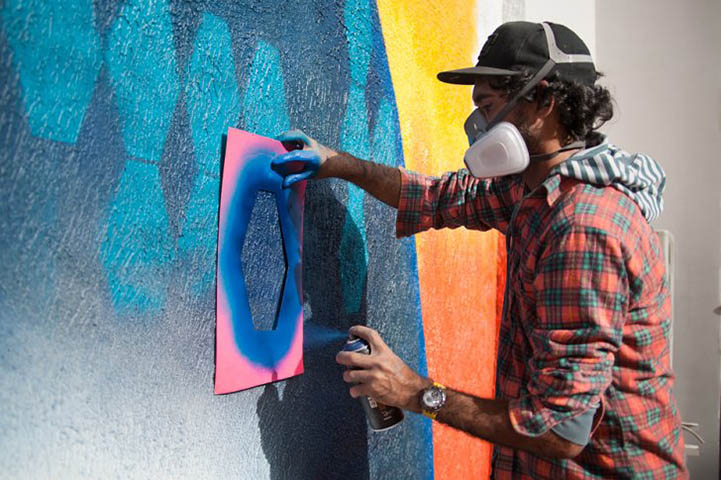 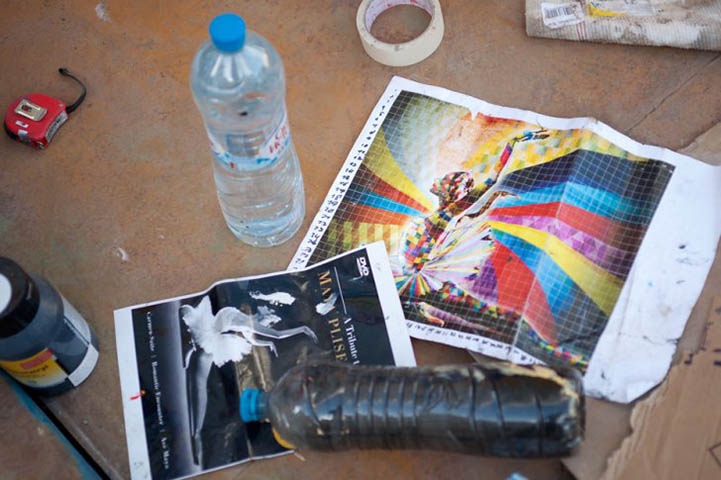 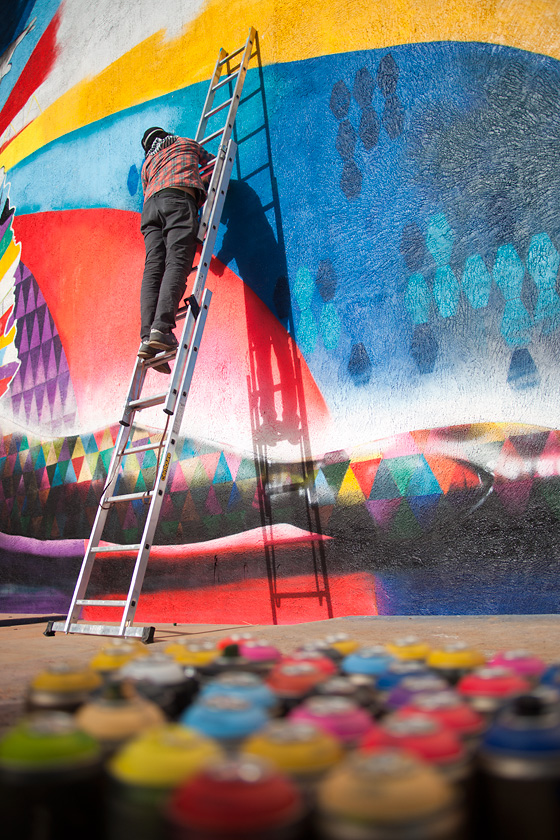 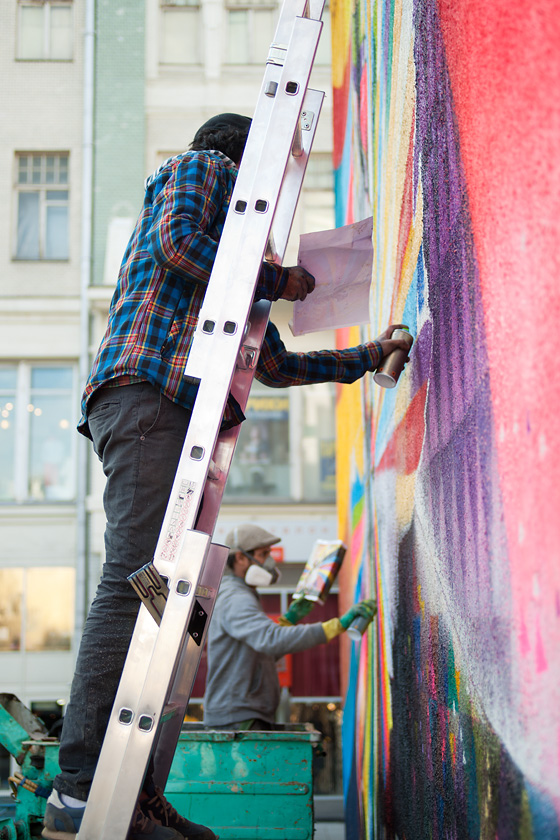 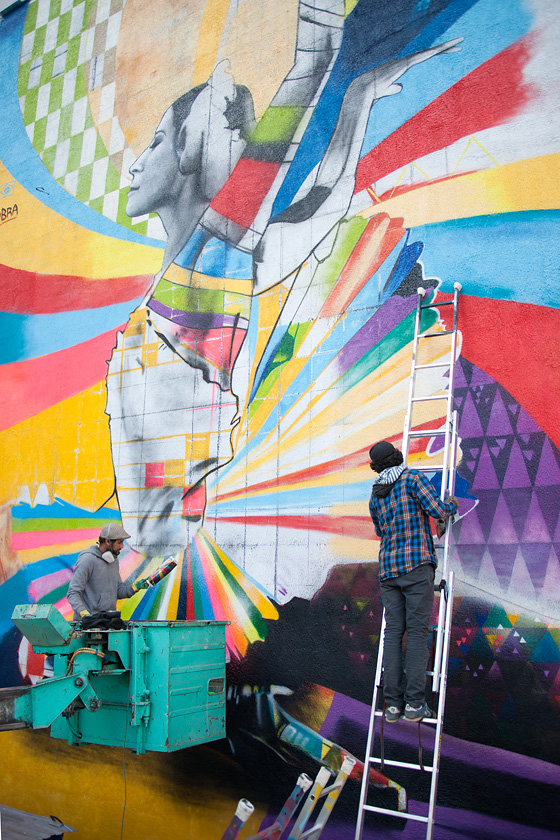 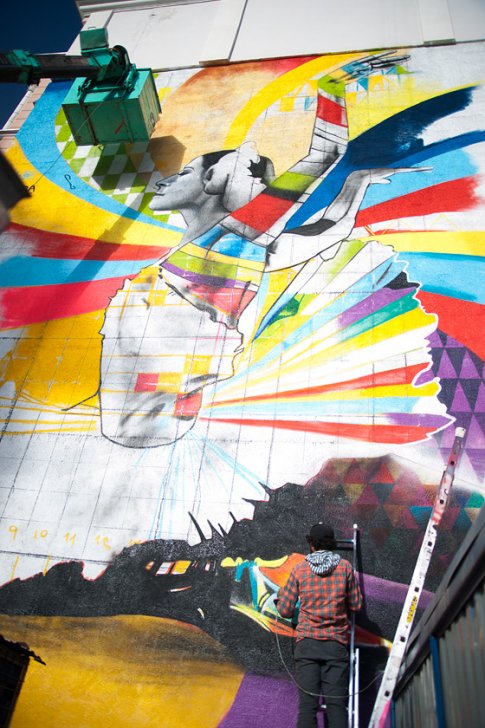