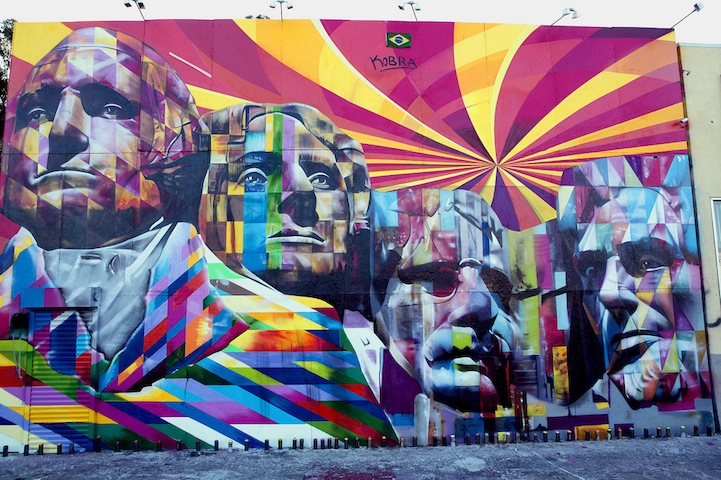 The real Mount Rushmore in Keystone, South Dakota was formed from 1927 to 1942 by sculptor Gutzon Borglum. To give you a sense of scale, George Washington's face is as tall as a six-story building, and if his whole body was sculpted, he would be 141.7 meters (or 465 feet tall)!

“My intention is to provoke and delight, with bright colors, showing once again that art and democracy, remain fundamental to art and life as a whole,” says Kobra. 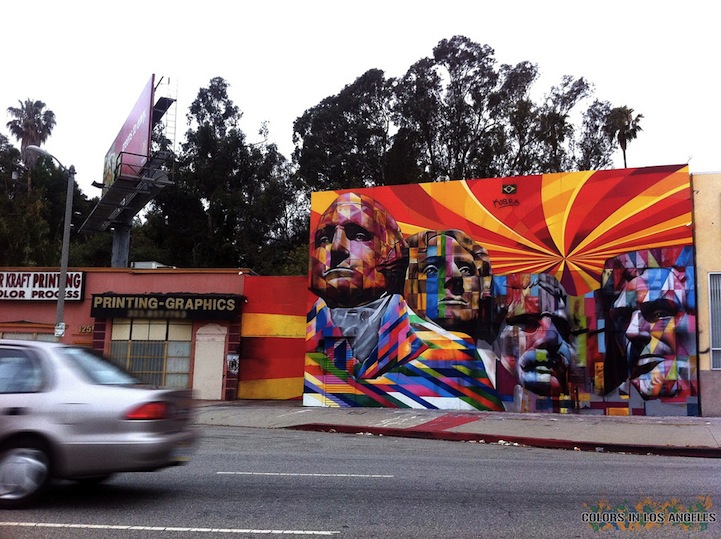 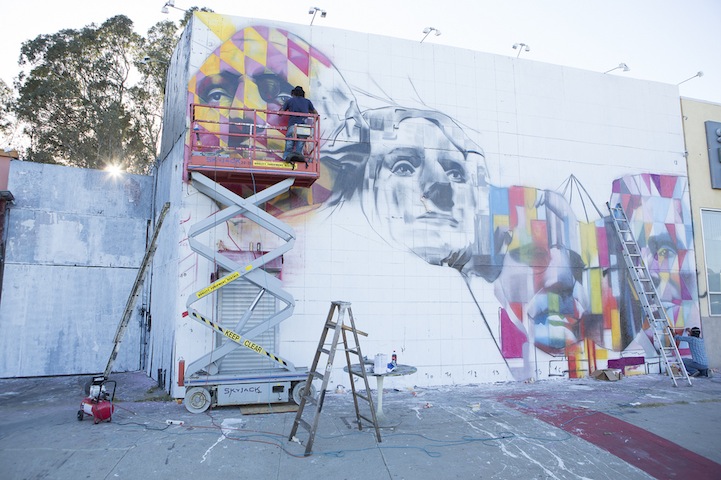 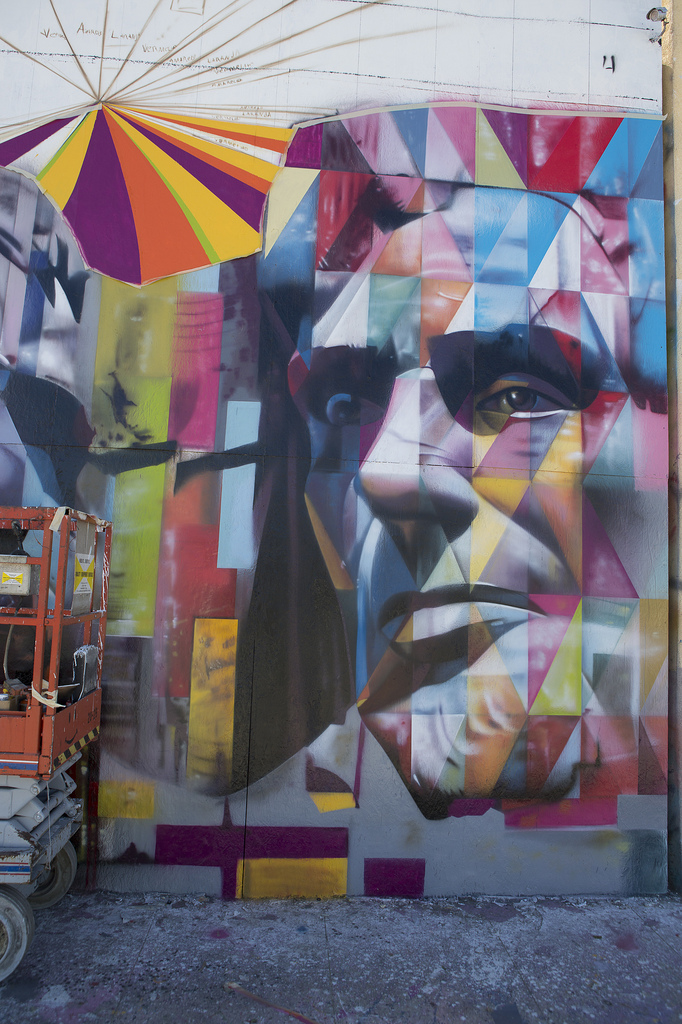