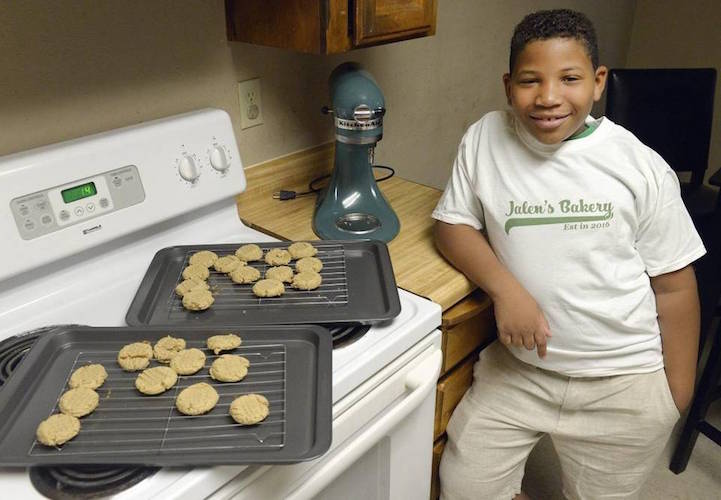 Eight-year-old Jalen Bailey was taught by his mother to save up for the “good stuff.” First, that meant saving up for a Kitchen Aid mixer. His dreams have grown exponentially. On July 1, Jalen opened his baking business from their apartment in Fresno in which he and his single mother, Sharhonda Mahan, live. His current goal is to sell enough baked goods to buy a new house for his mother. In the process, he says he wants to “make more memories in the kitchen” with his mom.

It was Mahan who first introduced her son to the world of business and entrepreneurship. As a graduate of business from the University of Phoenix, Mahan has run her own side businesses since she was 18 years old, and made sure to teach her son the importance of wise money management. “I homeschooled him originally and taught him early on about entrepreneurship, and showed him videos and read stories about other kids that started businesses when they were young,” Mahan told Huffington Post. Although she never had someone teach it to her at Jalen's age, she wanted to educate him early on so he wouldn't have to live paycheck to paycheck. She told The Fresno Bee: “I have so many big things for him, you know, and I’m just like, ‘I want you to try your best. Just figure out what it is that you like, and whatever it is that you like, I’m going to support you 100 percent.' “

Right now, that means supporting the baking business run from their apartment, which Jalen simply calls Jalen's Bakery. The health department has approved a number of recipes, including peanut butter, chocolate chip, and oatmeal raisin cookies; chocolate and vanilla cakes and cupcakes; and banana nut bread. Jalen spills that the secret ingredient to his delicious desserts is that they are “made with love.” He loves what he does, and hopes that he makes his customers happy, too. Cookie by cookie, bite by bite, this determined boy is saving up his money for the best stuff possible. His list is growing to “House, college, puppy, and savings.” Big dreams call for big appetites. 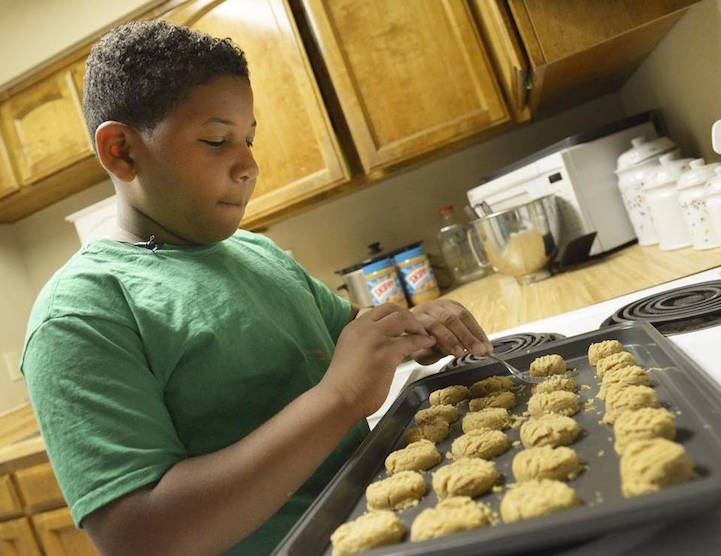 All images and video via Craig Kohlross of The Fresno Bee.