Elena Shumilova Shares Her Secrets on How to Photograph Kids 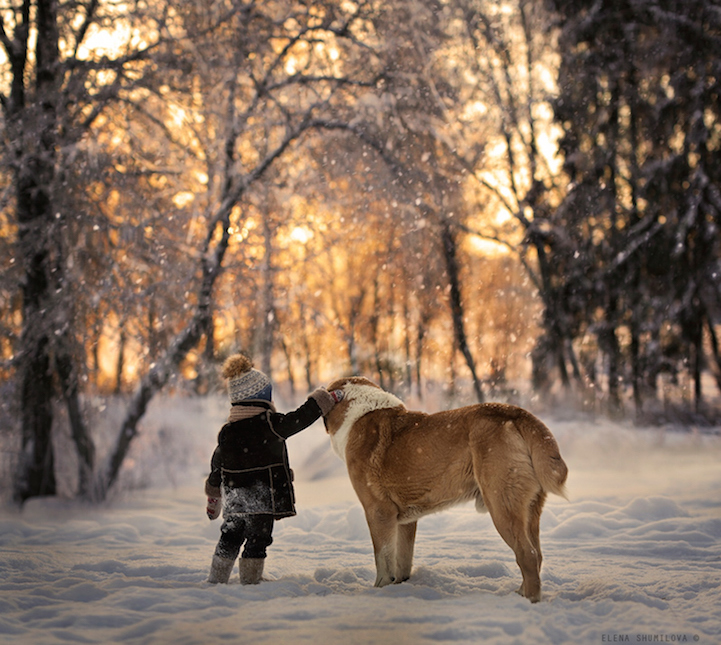 By now, you've probably heard of Elena Shumilova. She is the talented mother who takes heartwarming photos of her sons in the Russian countryside. Her images were shared around the web, garnering over 60 million views. We're excited to report that Shumilova just had another baby boy, her third son, and she just started taking photos of him. No doubt we'll be seeing a lot of the boy, named Peter, in the coming months. 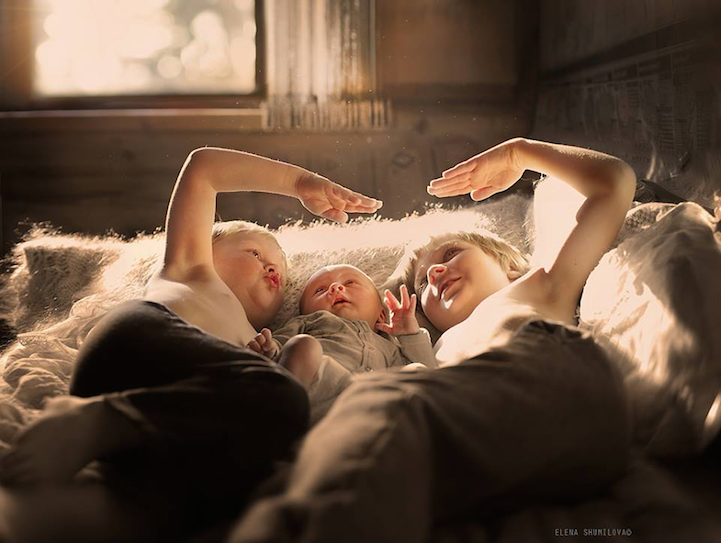 For the very first time ever, Shumilova allowed an outside video camera to capture her and her sons right where they live. A short film was just released by SmugMug that will give you a rare look at the breathtaking natural scenery that surrounds them.

In addition, the photographer shared five tips on how to get better photographs of your kids. Here's a brief summary:

1. How to get your kids to look natural, not “posed”: When photographing children, the single most important thing is to photograph them often?–?every day. You can't just do it sporadically, or they'll freeze up as soon as the camera comes out. Consistency is key. That way they'll be comfortable around the camera. It's these everyday scenes that you want to capture?–?the ones you'll remember best when they grow up. To get the most genuine photos, I try to catch them in the moment?–?when they're playing with each other and have completely forgotten about the camera.

2. The types of clothes that work the best: I follow a pretty simple rule: clothes shouldn't be distracting. They shouldn't take attention away from what's happening in the photo. For such a simple rule, it's harder to follow than you might think. Kids' clothes today are designed to grab your attention–with bright colors, cartoon characters, and writing all over them. In photographs, all this takes attention away from your kids.

3. How to best capture kids of different ages: Newborns – Here you'll have an advantage as a parent. I'm his mom. I'm around him 24 hours a day, and I know when he cries and when he doesn't. Let your parenting instinct help you choose the right moment. The Golden Age (Ages 2–4) – Something I noticed while photographing many children, including my own, is that there seems to be a universal age when kids are the most photogenic. Ages 5 and Older – The key here is to be very patient. Let them play while you disappear into the background. My best photos always happen at the end of a photo shoot, when my kids have forgotten all about the camera.

4. How to get good photos of your kids with pets: I spend hours observing our farm animals, figuring out how they move and what angles work best for them?–?just like I would for people. With animals, you have to rely on a bit of luck?–?and constant patience.

5. Don't give up: It's easy to get discouraged. It's easy to think, “Oh, why bother, it won't work anyway.” And it may not for the first 14 times. Those 14 photo shoots weren't failures though, because I learned from them. And they're what made the fifteenth one possible. Don't give up.

Now, here are a few recent photos by Elena Shumilova. We just can't get enough of her work. 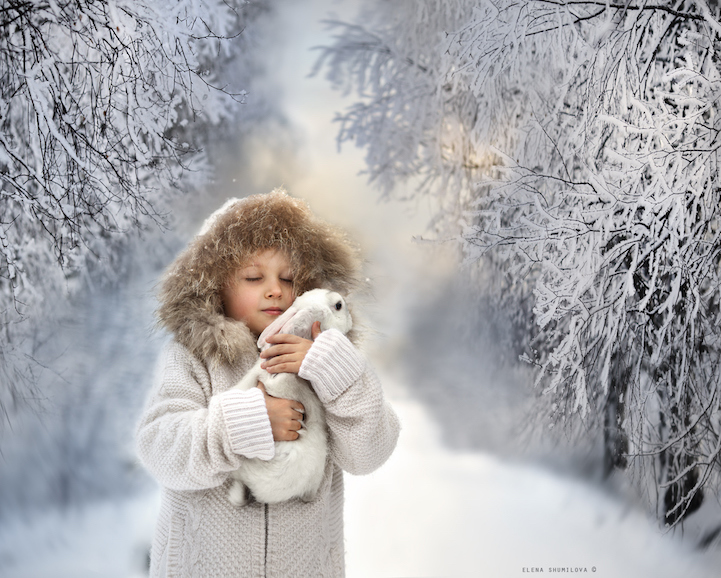 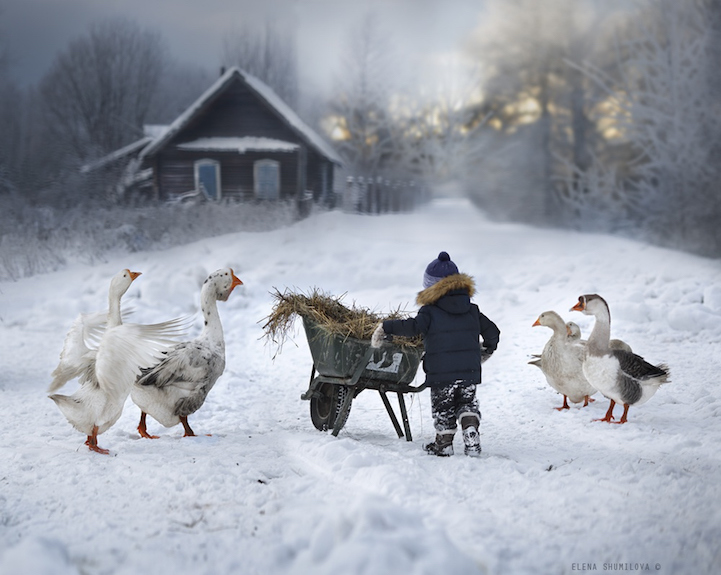 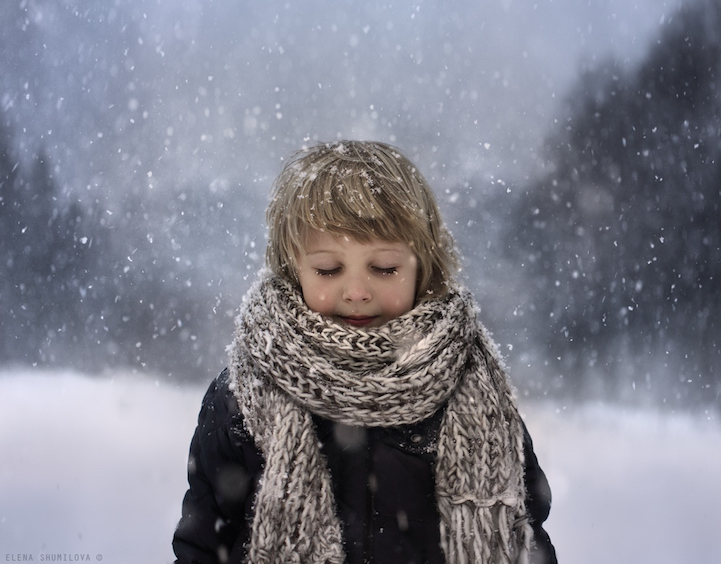 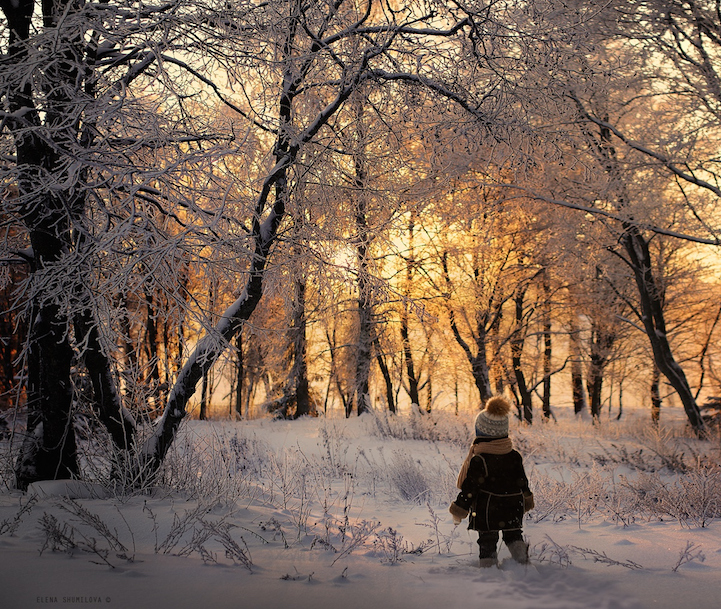