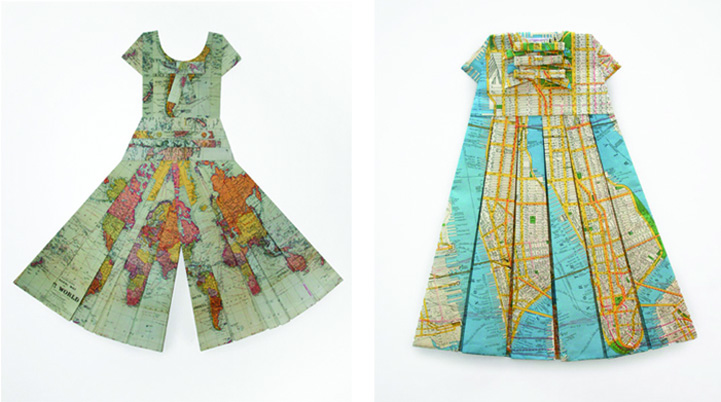 Maps are all around us. They offer us guidance through city streets, subways stops, and across the globe. They feature incredible detail, vivid colors, and generally attractive designs to easily communicate geographic information. French artist Elisabeth Lecourt has taken the beauty and concept of a map one step further with Les Robes Gographiques.

From an overview of the world to the more localized, city streets of London, Paris, and New York, the artist folds all kinds of paper maps and attaches them together to create these variations on a child's clothing. The garb is not meant to be worn, but rather to be observed as an intimate piece of art, hanging on the wall.

Lecourt uses this unique material to provoke a certain emotion from her viewers. The Stephanie Breitbard Fine Arts Gallery explains: “As a cartographer depicts maps to understand the world we live in, Lecourt forces the maps to take the shapes of clothing, representing the wearer's habitat and identity, forming an intimate connection with the wearer.”

Perhaps Lecourt could consider pairing her outfits with some of these other everyday paper items, created by artist Jennifer Collier. 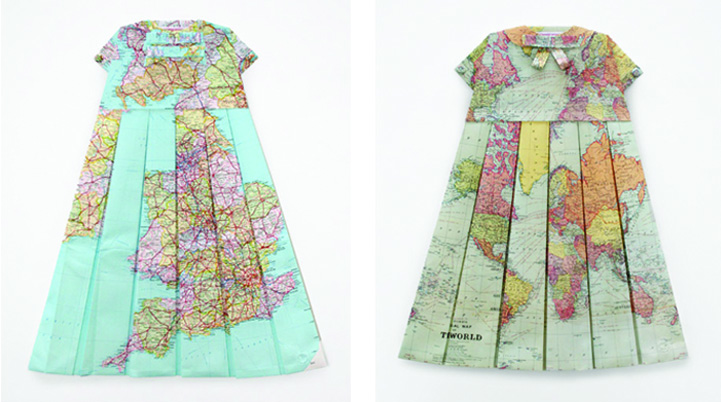 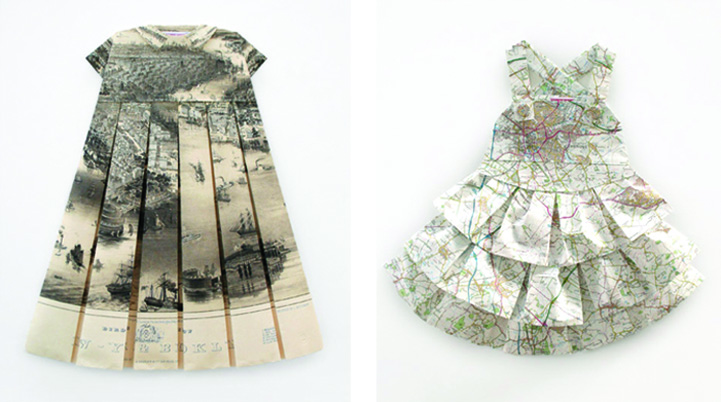 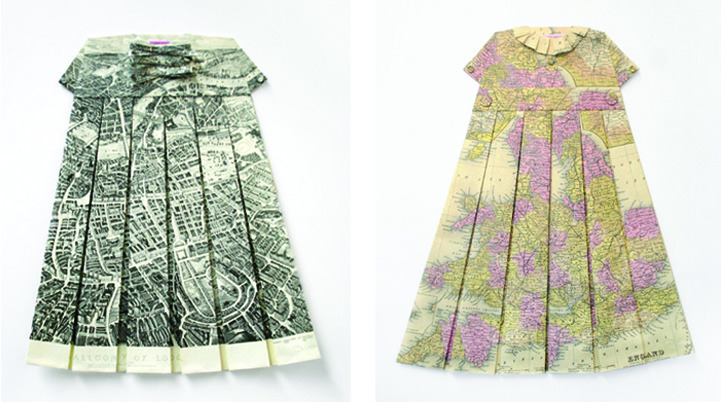 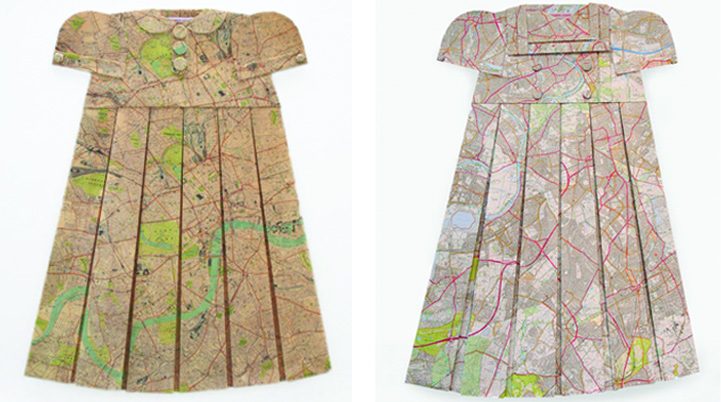 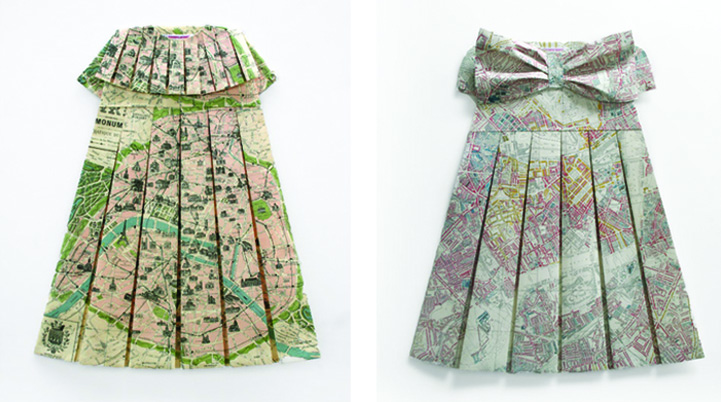