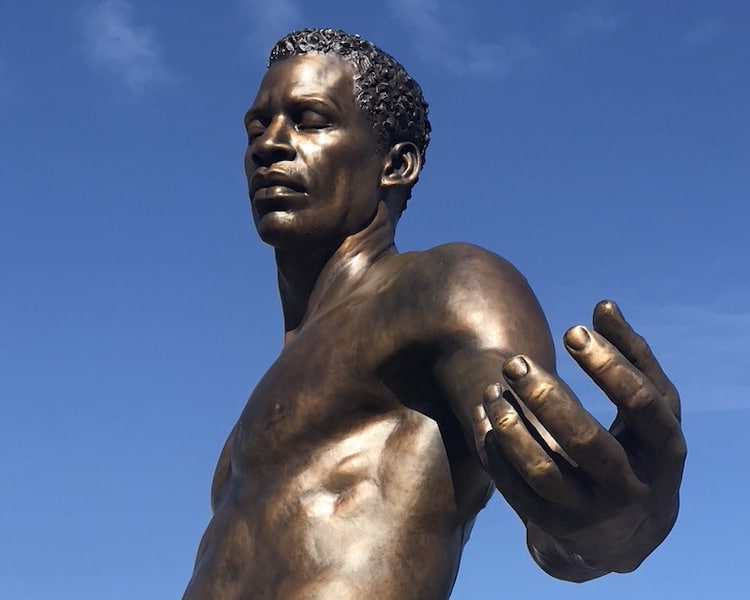 A project nearly 10 years in the making came to fruition this week on a rainy morning in Richmond, Virginia. On September 22, the long-anticipated Emancipation and Freedom Monument was unveiled and dedicated on Brown’s Island to a crowd of rain-soaked but dedicated onlookers. The arrangements were begun back in 2013 by the Virginia Dr. Martin Luther King, Jr. Memorial Commission to commemorate the 150th anniversary of the Emancipation Proclamation and the abolition of slavery in the U.S. A forecast for precipitation was not going to stop this long-awaited celebration.

The monument was created by Oregon-based artist Thomas Jay Warren, whose design was selected from a pool of proposals in 2014. The tremendous statue depicts two 12-foot bronze figures. The first is of a freed man being released from his chains, eyes closed in a peaceful expression. The second shows an emancipated woman holding an infant in one arm and triumphantly raising a document above her head, inscribed with the date January 1, 1863—the day president Abraham Lincoln issued the Emancipation Proclamation. Eyes wide open, she stares resolutely forward, as if looking with determination towards the future.

On its pedestal, the bronze statue also features 10 men and women who contributed to the fight against slavery and the struggle for true freedom after emancipation. Among these are included inspiring figures such as Dred Scott, an enslaved man who unsuccessfully sued for his freedom; Nat Turner, the leader of the only successful slave revolt in Virginia’s history; Rosa Dixon Bowser, an educator, women’s rights activist, and founder of the first African American teachers association; and Lucy Simms, a teacher who educated three generations of African America children. 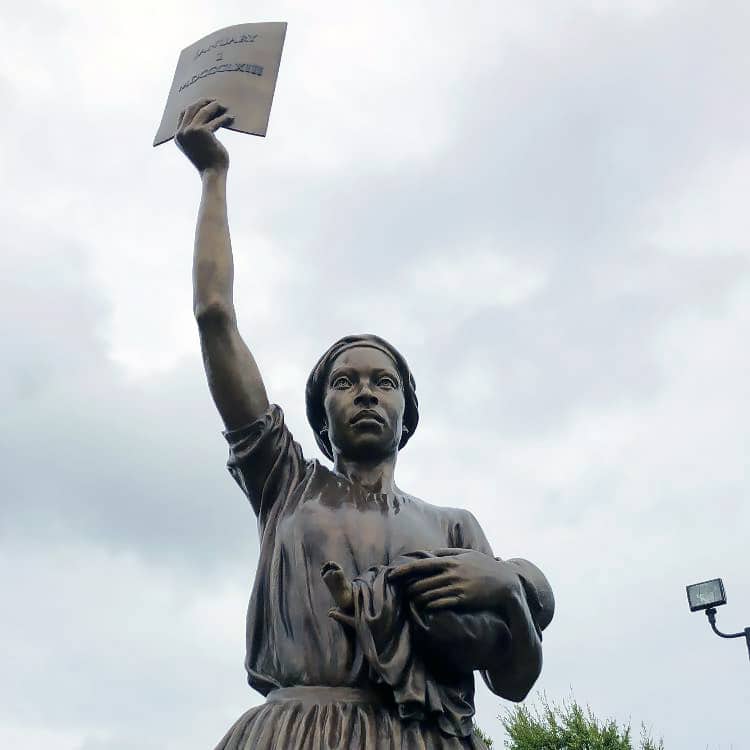 “I think it's so appropriate that it's here,” state Sen. Jennifer McClellan states. “Virginia was the birthplace of Western democracy, but it was also the birthplace of slavery and all of the horrors that came with it. Richmond has been at the heart of that.”

Though the bronze emancipation statue was originally meant to be revealed back in 2019, its ultimate debut occurred just two weeks after the controversial Robert E. Lee statue was removed from its perch on Richmond’s historic Monument Avenue. After a year fraught with demands for change amidst blatant racial injustices and the removal of several incendiary confederate monuments, Sen. McClellan called it a moment of “poetic justice.” As head of the Dr. Martin Luther King, Jr. Memorial Commission, Sen. McClellan has been actively involved in the monument’s conception.

“This monument has always represented an important part of healing,” she explains. “Having that happen after COVID, after the George Floyd murder, and the reckoning with racial inequity, and after the monuments started coming down, it's much more healing than it would have been in 2019.”

The Emancipation and Freedom Monument was unveiled in Richmond, Virginia just two weeks after the Robert E. Lee statue was removed from Monument Avenue. 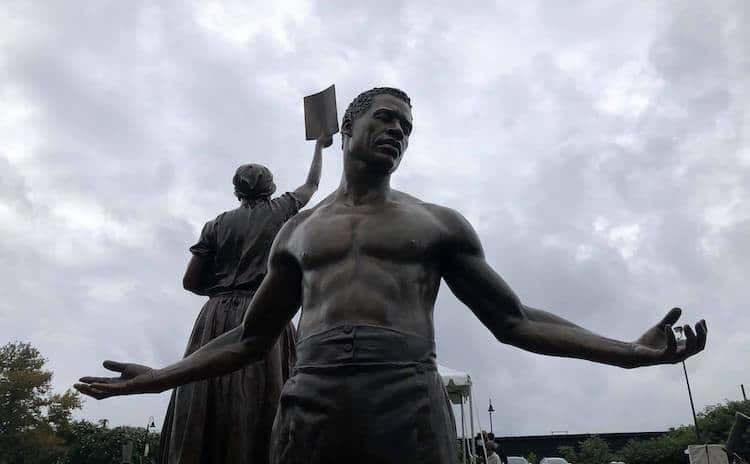 Watch this video to see the bronze emancipation statue's unveiling: