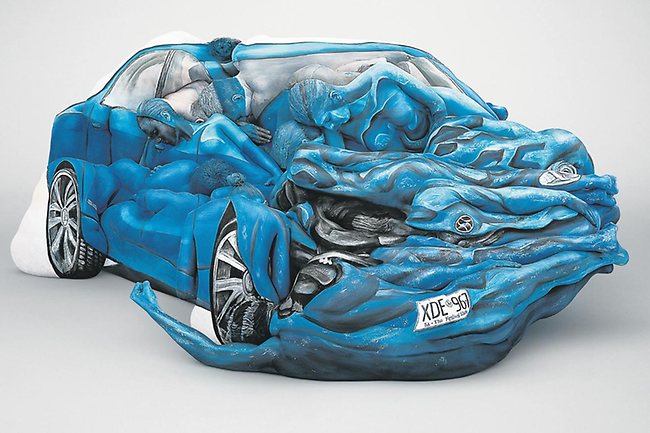 Adelaide-based artist Emma Hack uses her expertise skill at body painting for this jarring anti-speeding campaign for Motor Accident Commission, as conceived by advertising agency Clemenger BBDO Adelaide. The campaign depicts a mangled car that is actually made of carefully positioned human bodies. There are seventeen men and women within the anamorphic image of a car that has clearly been in an accident with up to five layers of paint coating their bodies.

Hack, who is probably best known as the body painter for Gotye's “Somebody That I Used to Know” music video, took eighteen painstaking hours to complete the ambitious visual and says, “Technically, it's probably the most difficult job I have ever done. It's quite magical how it's turned out.” It is not only an expertly executed optical illusion, but one with a hard-hitting message to add awareness to the Crash Puzzle campaign. The campaign seeks to impress upon people the detrimental effects of exceeding the legally set speed limits of any given area and how can lead to hazardous and life-threatening results that winds up involving a lot more than just the people in the car. Friends and family members become part of the giant crash puzzle, as depicted in this powerful project. 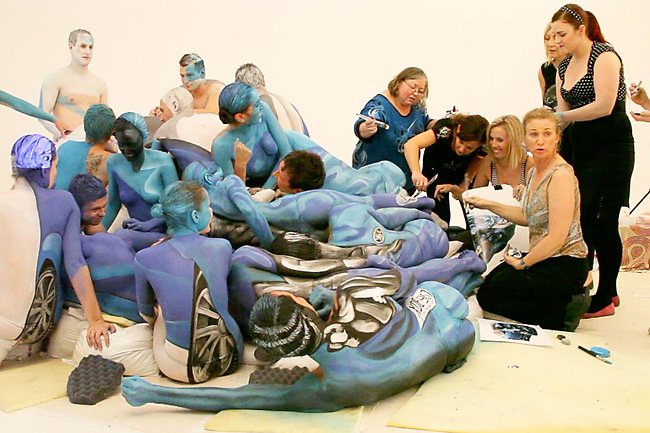 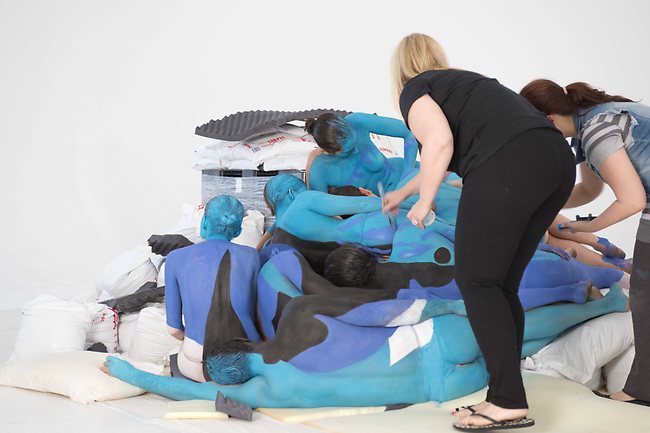 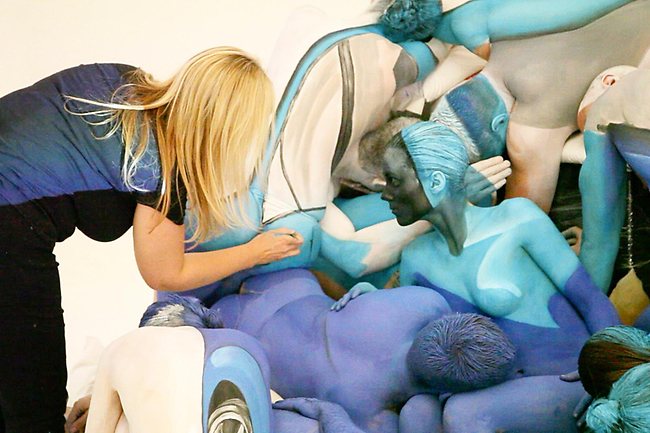 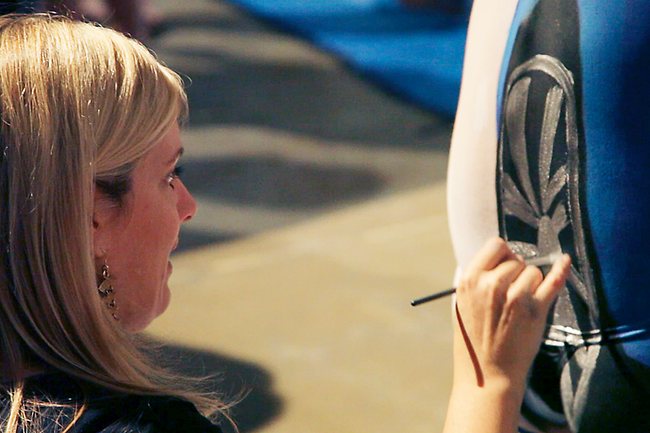