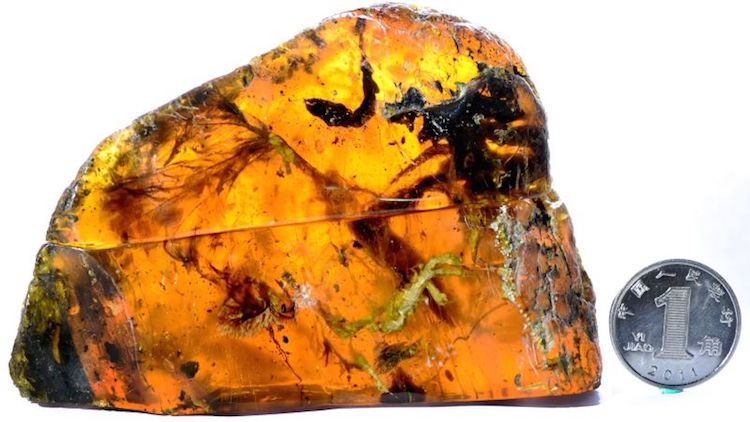 After dinosaur tails and bird wings, researchers have found the next big discovery trapped inside a piece of Burmese amber—almost the entire body of a 100-million-year-old bird. The chunk of amber from Myanmar contains the head, neck, wings, tail, and feet, making it one of the most complete specimens ever discovered.

The bird was a hatchling that was most likely just a few days old when it fell into sap that later hardened into amber, trapping it inside. “It’s the most complete and detailed view we’ve ever had,” shares Ryan McKellar of the Royal Saskatchewan Museum in Canada, who was part of the team that made the discovery. “Seeing something this complete is amazing. It’s just stunning.”

The baby enantiornithine bird was just developing its tail feathers when encased in the Burmese amber. Enantiornithes are an extinct group of bird-like animals that were the precursors to modern avians. They thrived during the Mesozoic era before dying out along with the dinosaurs 66 million years ago. McKellar notes that they hatched on the ground and then climbed up into the trees, making it more likely for them to get stuck in sap.

And while enantiornitheans were closely related to modern birds, there are some distinct differences. For instance, they were beakless but had teeth, as well as claws on their wings. And while there's no DNA left in the sample—the flesh had broken down into carbon—there's plenty of analysis that can be done using scanners to create 3D models for scientists to learn more about this incredible group of pre-historic animals.

Stay tuned, as with the way things have been going, we'll be sure to hear about a new discovery in Burmese amber sooner rather than later.

Scientists recently discovered a 100-million-year-old bird trapped inside a piece of Burmese amber. It's one of the most complete specimens ever found. 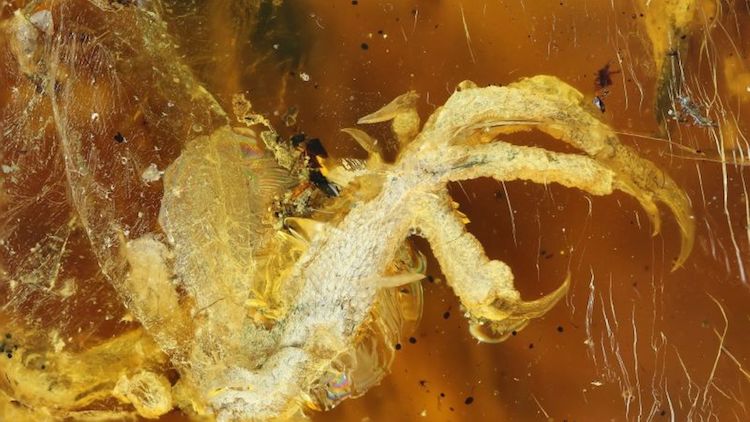 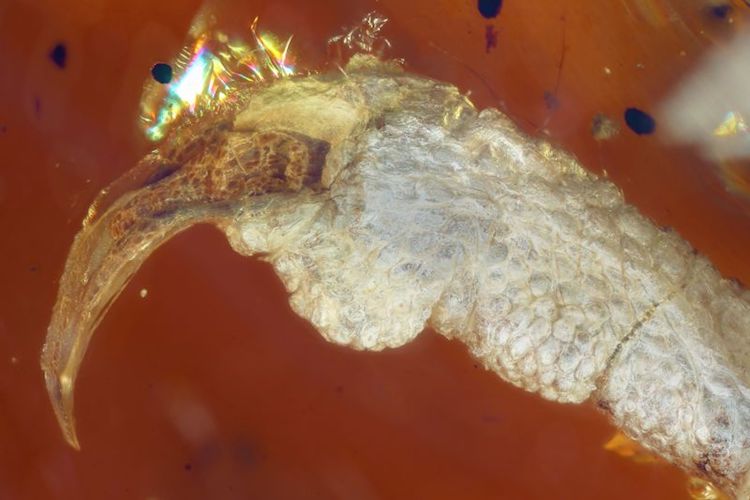 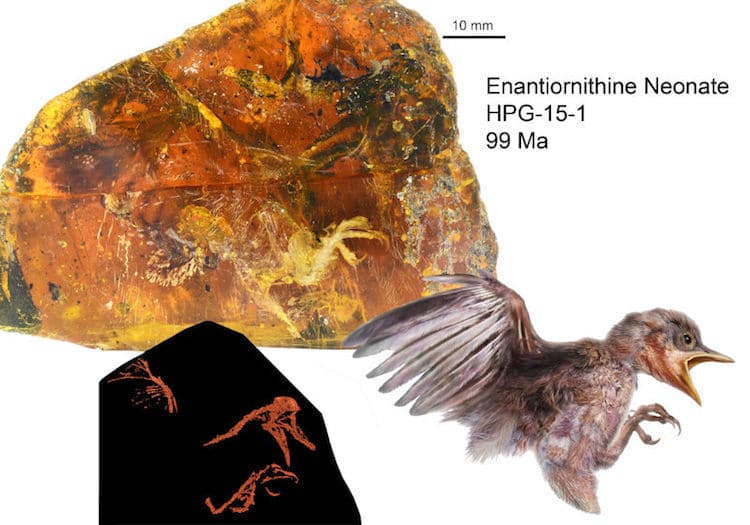