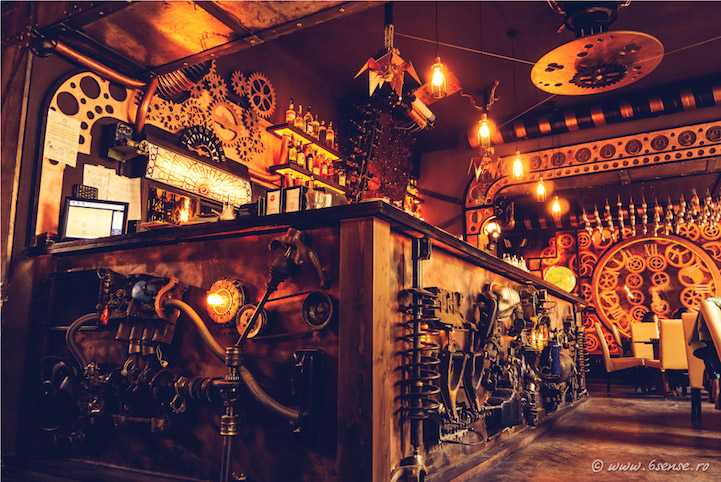 The Enigma Cafe and Bar in Cluj-Napoca, Romania, is the perfect caffeination destination for fans of steampunk. Its unconventional decor includes a variety of visually interesting features such as metal gears, machine parts, and a mysteriously mechanical cyclist dressed in a gas mask. Although these elements are compelling, by far the most striking aspect is how the inside comes alive through kinetic energy. Parts of the restaurant are moving at all times, providing a hypnotizing, theatre-like experience for its guests.

The impressive design, created by Alexandru Tohotan and Zoltan Zelenyak of The 6th Sense Interiors, was inspired by the idea of time travel. The designers fully realized the place as a tribute to time and motion. “At the center of it is the often-visited idea of the time machine, but we all have to admit that there is more to time than just time traveling,” the designers explain. “Time is, after all, the material that life is made of; and all the details in between, which are constantly added to the common act of growing and evolution, are time constrained.”

To convey the theme, Enigma is peppered with references to the motif. The far wall of the bar features a gigantic clock, which is framed by a wooden rim and showcases dozens of different-sized wheels moving at the same time–it's as if we're getting an inside view of time itself. 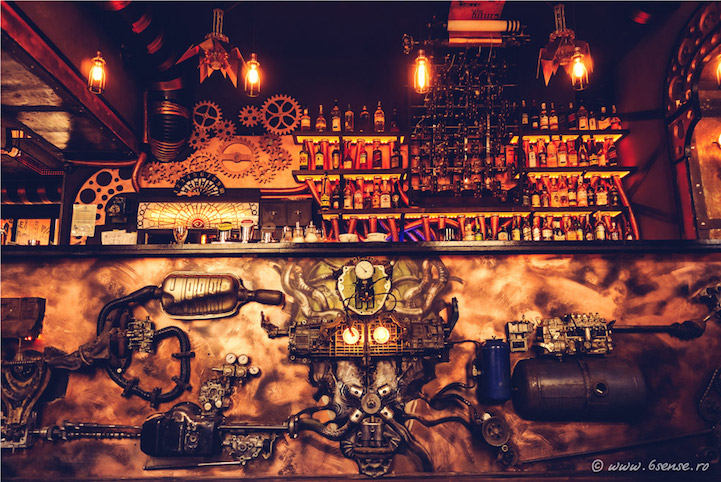 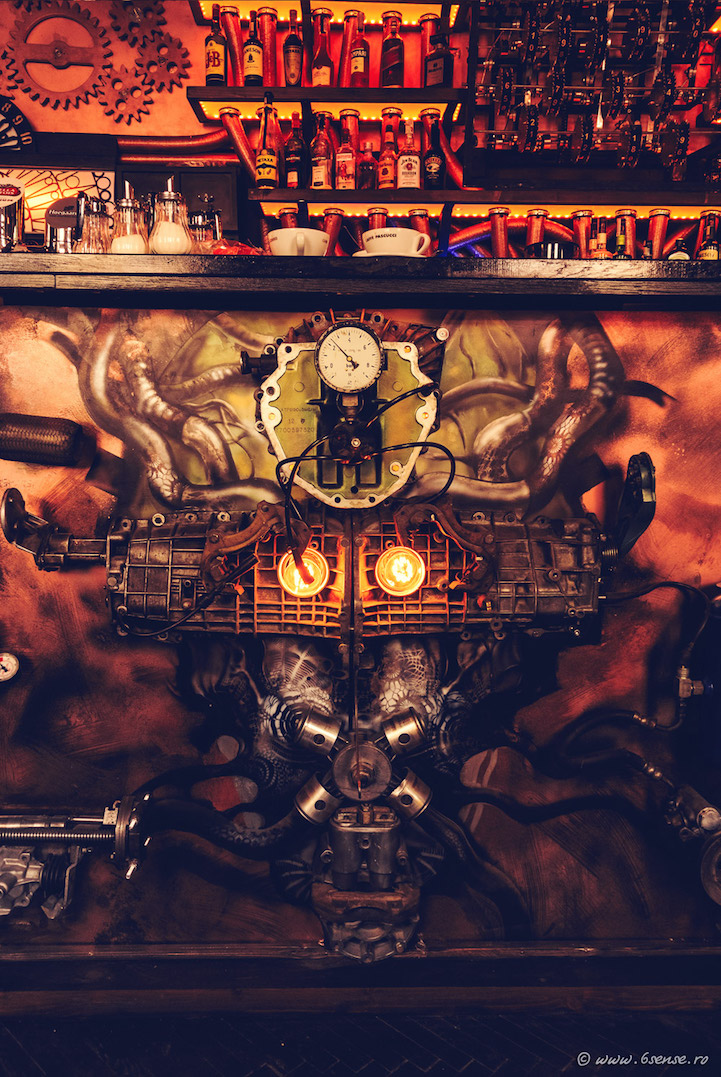 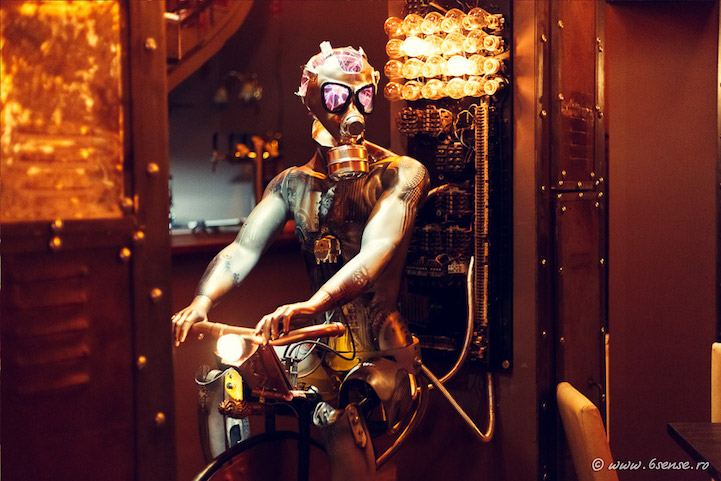 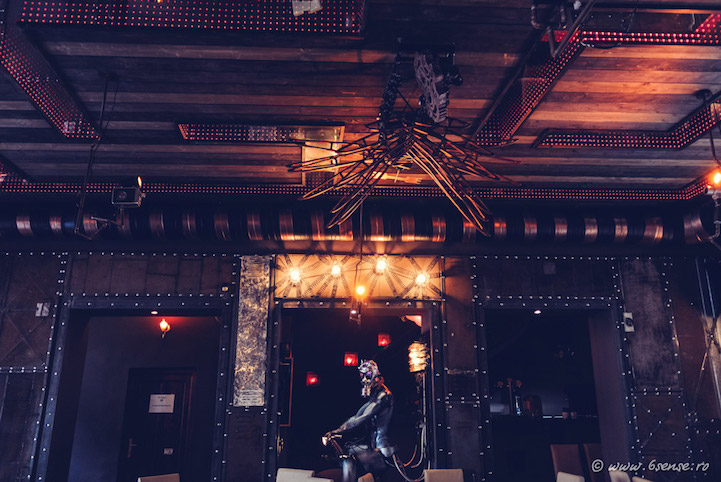 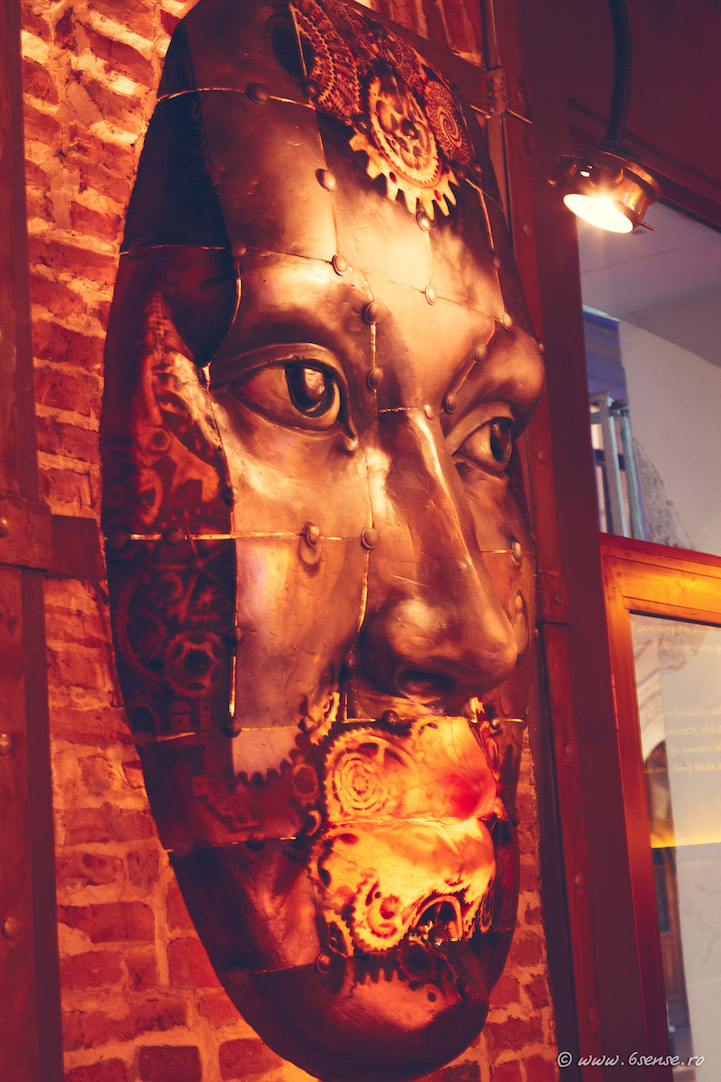 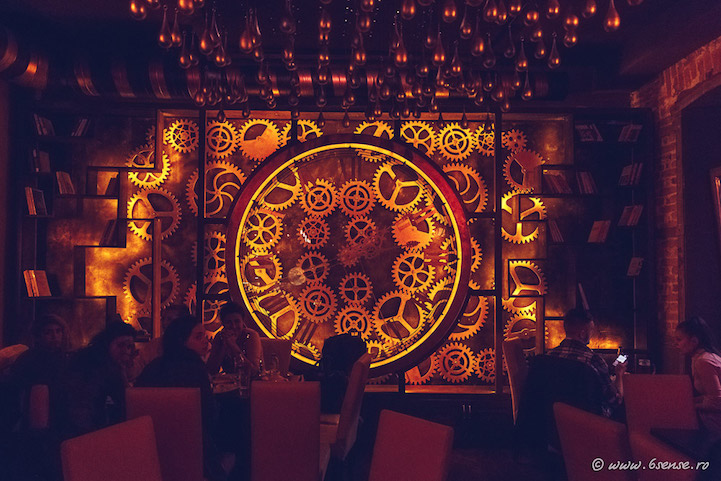 My Modern Met granted permission to use photos by Zelenyak Zoltan.