Just last month, we unveiled a number of compelling short-listed photographs from the international 2016 Atkins CIWEM Environmental Photographer of the Year competition. The remarkable images—from both amateur and professional photographers—are environmentally-focused subjects that inspire us to think about our world in a different way. Issues like pollution and sustainability are highlighted, as well as cultural topics like human rights. From the 60 works, five top winners have recently been chosen.

Taking home the overall prize this year was Sara Lindström for her image called Wildfire. In it, she documents a devastating natural disaster—a forest in southern Alberta that’s engulfed in towering pinkish-gray smoke. “The big flames were thriving on the dry land,” she recalled, “and had me completely mesmerized in fear and awe.”

Accompanying Lindström’s image are others that show ravaging floods, extreme drought, and the plight of refugees. These photographs are both beautiful and thought-provoking, guaranteed to make you see Earth in a different light. They are currently on display—along with the shortlisted photographs—at the Royal Geographical Society in London until August 21, 2016.

Above: Environmental Photographer of the Year 2016 winner: Sara Lindström, Wildfire, 2015 / Banff.
“It was an exceptionally warm day in July in southern Alberta when I came across this massive pinkish smoke plume rising high towards the sky. The big flames were thriving on the dry land and had me completely mesmerized in fear and awe.”
Sara Lindström/Environmental Photographer of the Year 2016 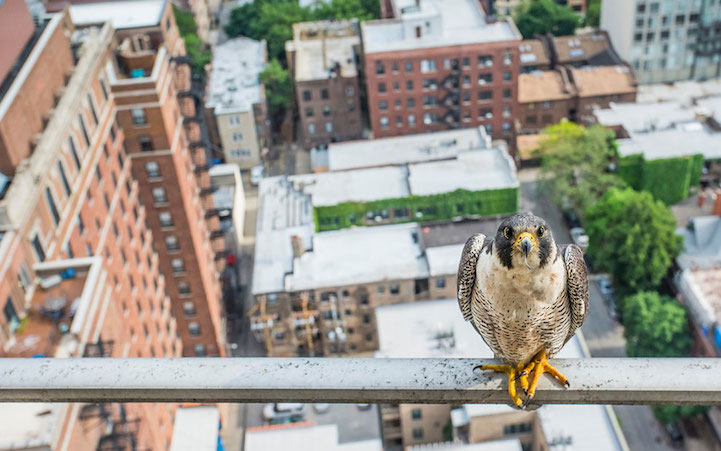 Young Environmental Photographer of the Year 2016: Luke Massey, Bird's Eye View, 2015 / Chicago.
“Peregrines were wiped out in Illinois in the 1960s but in the 1980s a reintroduction program began and now 22 pairs nest in Chicago alone. One pair have chosen a condo balcony as their nest site and in 2015 I followed them as they raised four chicks to fledging.”
Luke Massey/Environmental Photographer of the Year 2016 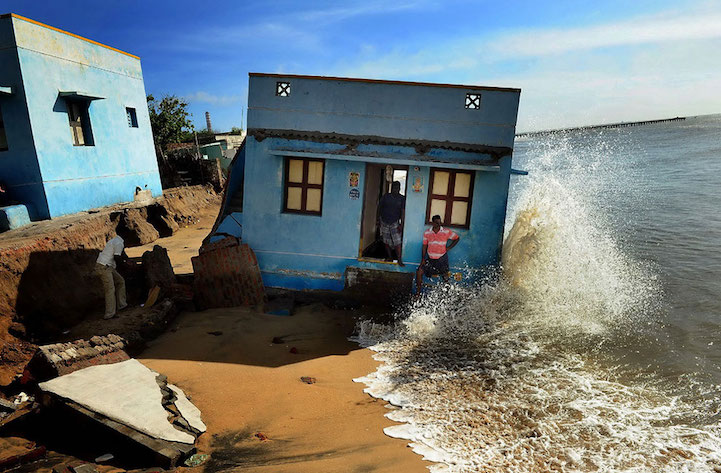 Atkins Built Environment Award 2016: SL Shanth Kumar, Losing Ground to Manmade Disaster, 2015 / Chennai.
“This picture, taken in Chennai, the biggest metropolis of South India and the capital city of the state of Tamil Nadu, shows the type of damage that a combination of man-made and natural forces is wreaking on the coastline. Untreated chemical effluents from factories make for the sort of foamy substance that has fatal consequences for coastal and marine flora, which are instrumental in protecting the coastline from erosion. Without their protection, the natural forces that cause erosion – wave and current activity, storms and tides – have an unbroken run of the coastline.”
SL Shanth Kumar,/Environmental Photographer of the Year 2016 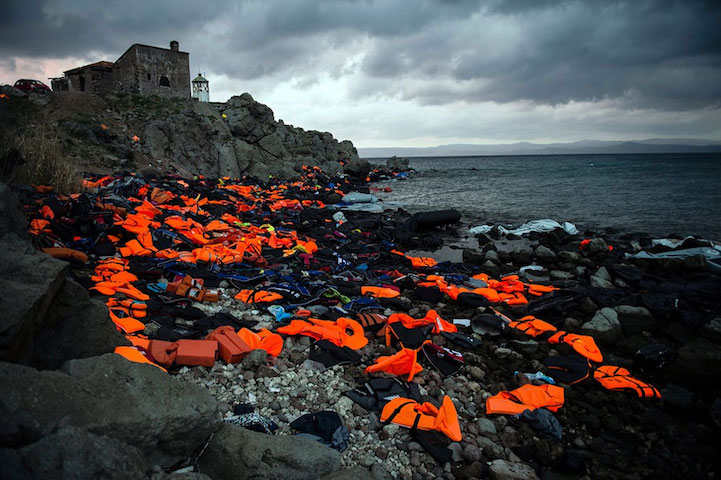 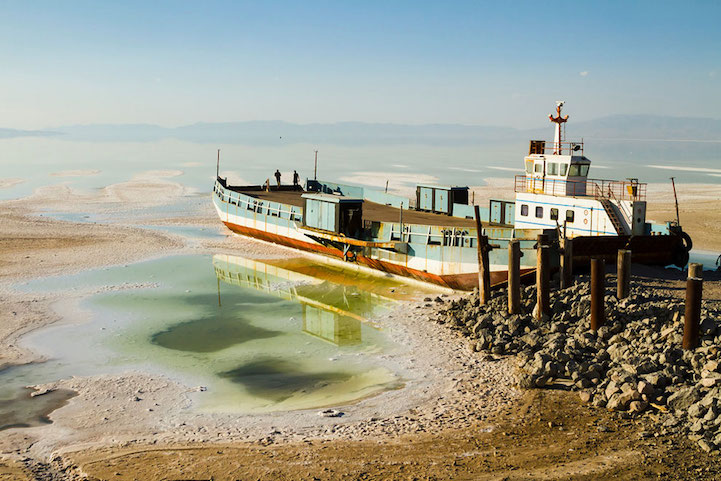 Forestry Commission England People, Nature and Economy Award 2016: Pedram Yazdani, Sand.
“The Salt Lake Urmia could be a symbol of what will happen soon to Iran – it is going to be dried out.”
Pedram Yazdani/Environmental Photographer of the Year 2016 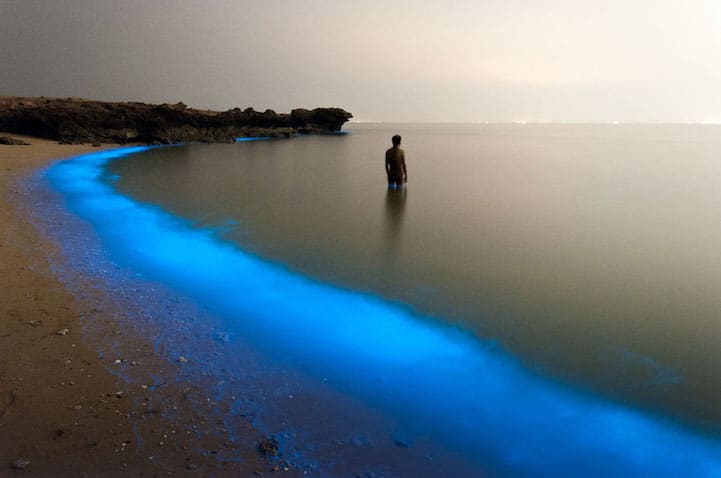 Pooyan Shadpoor, Houcheraghi, 2015 / Iran.
“While walking along the shore of Larak – an island in the Persian Gulf – I came across this luminous scene. The magical lights of the plankton enchanted me so that I snapped the shot.”
Pooyan Shadpoor/Environmental Photographer of the Year 2016 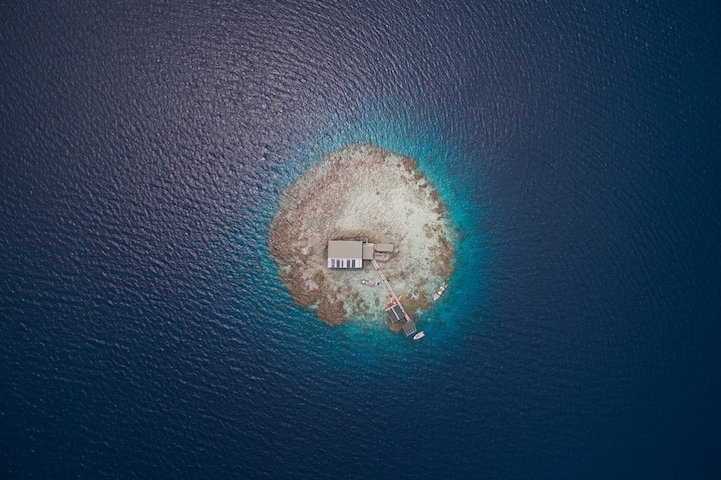 Richard Sidey, Pearl Farm, Manihiki Atoll, 2015 / Manihiki, Cook Islands.
“A black pearl farm viewed from above, built atop a coral bommie and one of dozens constructed in Manihiki's beautiful and productive lagoon in the Cook Islands.”
Richard Sidey/Environmental Photographer of the Year 2016 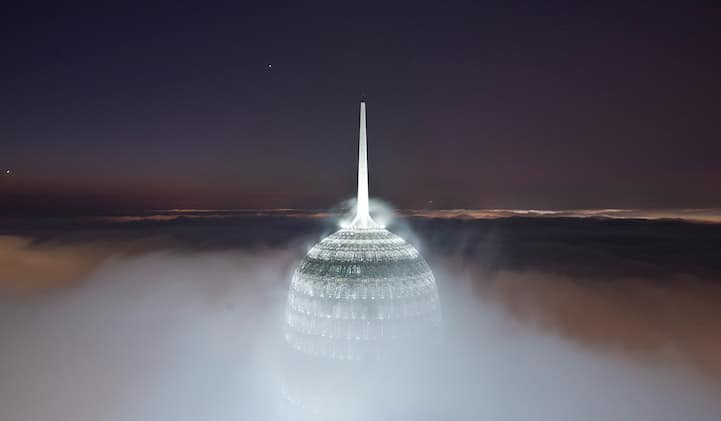 Ray Toh, Needle of the Sea, Qatar.
“An iconic building in Qatar commonly known as Burj Qatar. During the change in season from Summer to Winter or Winter to Summer; the city will be covered with fog. One morning, the tip of this building penetrated through the sea of fog like a lighthouse out at sea.”
Ray Toh/Environmental Photographer of the Year 2016 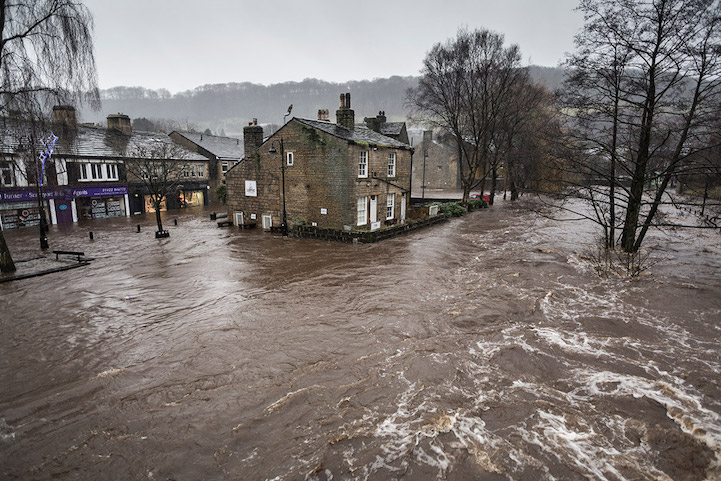 Steve Morgan, Floods on Boxing Day – Hebden Bridge, 2015 / West Yorkshire, UK.
“On Boxing Day 2015, floods came to Hebden Bridge, a thriving ex-mill town in the Calder Valley , West Yorkshire. Flood sirens echoed around the valley at 7.30am, alerting sleeping residents to the rising waters about to engulf the town.”
Steve Morgan/Environmental Photographer of the Year 2016 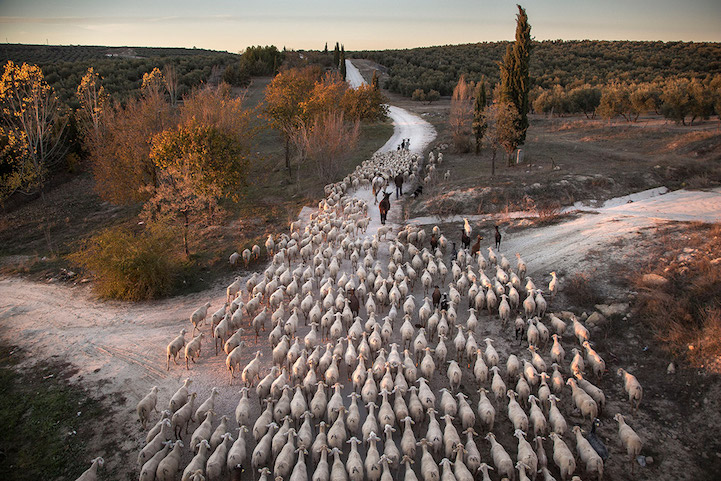 Susana Girón, Transhumance in Spain, 2015 / Cañada Real Cazorla – Ubeda (Jaen, Spain).
“The Alarcon family herd their livestock from their home in Fatima (Granada) to Las Navas de San Juan (Jaen). This long distance of 200km by foot with more than 550 sheep looking for the best grass in winter and summer is made every year by more than 100 Spanish families.”
Susana Girón/Environmental Photographer of the Year 2016