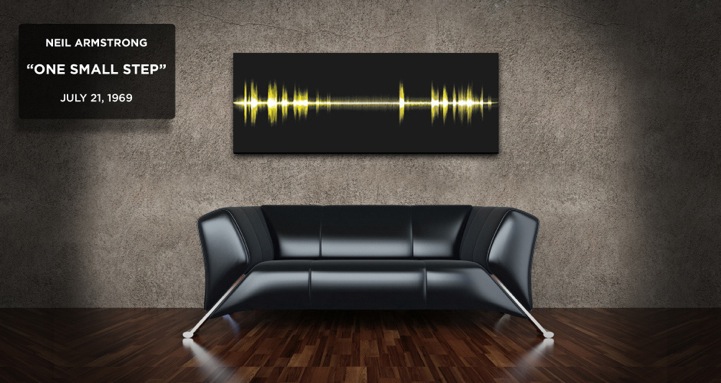 These Epic Frequency prints are an incredibly fascinating collection that feature sound waves taken from monumental and historic speeches and quotes. The audio clips from moments including Neil Armstrong's One Small Step quote after landing on the moon, JFK's inaugural address, FDR's The Only Thing We Have to Fear is Fear Itself, and Martin Luther King, Jr.'s I Have A Dream speech, have been rendered into a visual form and placed as a print on canvas.

Epic Frequency has been in the works for four years and was started by co-founders Bill Seaver and Nathan Moore. After one unsuccessful podcast in which they joked that a waveform of their recording would be more interesting than what they were actually saying, they realized the significance of the statement and put their words into action. Hanging 48 inches wide and 18 inches high, the prints are a completely fresh way of remembering history. The website states, “There is no other way to describe them. These are the moments that define humanity and give unwavering inspiration to generations.”

Viewers can stare at the vibrant, captivating colors set against a stark background and appreciate the art itself, while those who want to know more about the patterns can scan an accompanying QR code, located on the side of the canvas, which brings up an audio of the sound wave that is represented on the wall. 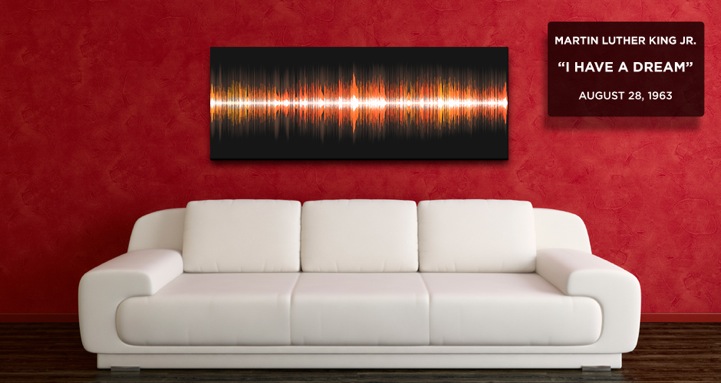 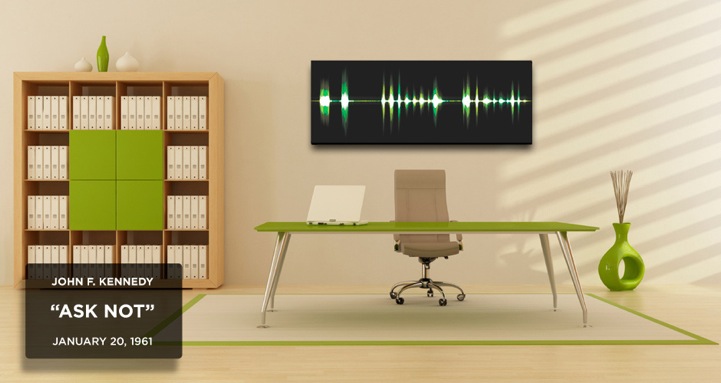 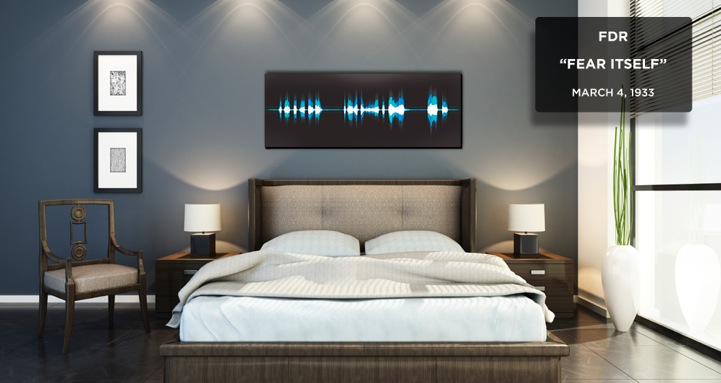 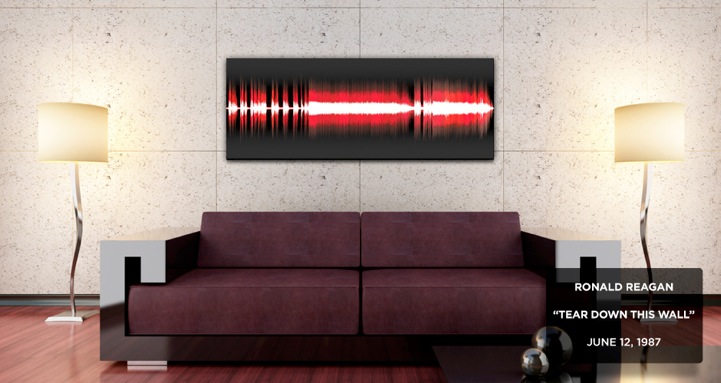