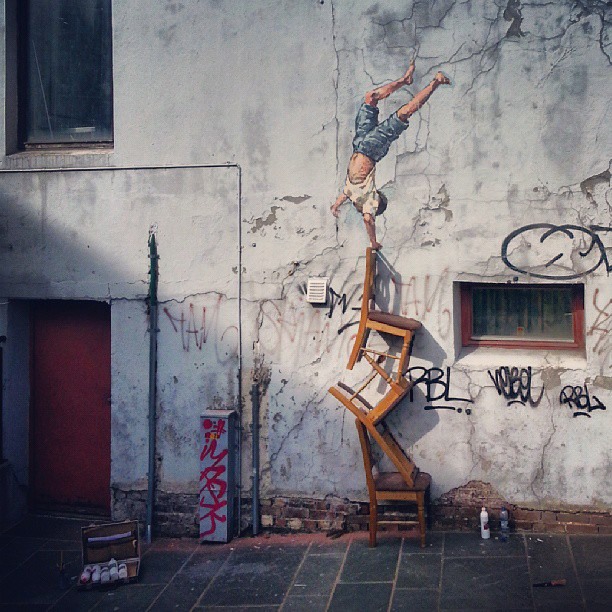 Street artist Ernest Zacharevic has just unveiled his latest piece that he created for Nuart, the annual international festival that brings the biggest heavyweights in the street art movement to Stravanger, Norway to “produce some of the worlds most interesting, relevant and groundbreaking public art the world has ever known.” This year, Ernest wil be joining 15 other artists we're all familiar with like ROA, Hush, Vhils and David Cho for the show-stopping main event that officially starts on September 7 and goes until October 20.

Both on Instagram and Facebook, the Festival has just started to release pictures of this year's set-up which, we're warning you, are really going to make you wish you were in Norway right now.

Like many of the works he's famous for, Ernest's piece is a mixture of real-life objects and a painted figure. The young boy, precariously balancing on top of a set of stacked chairs, is a grand illusion that will make anyone that just happens to pass by do a head spinning double-take.