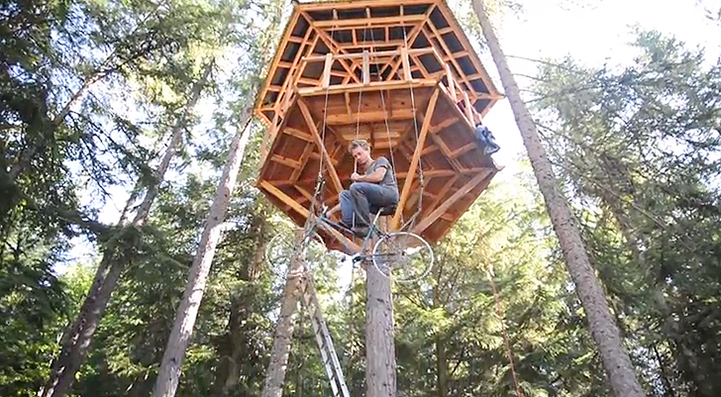 The faster you pedal, the faster you will zip up, up, and away on Ethan Schlussler's human-powered elevator. In only one week, Schlussler eliminated the need for a regular old ladder and replaced it with this environmentally friendly pulley system that transports him 30 feet up to the entrance of his tree house.

Anchored to a rock, the bicycle sits waiting for its next passenger. The video below shows the invention in action, where the inventor climbs onto his invention, releases the hook, and starts pedaling. With great ease, he is quickly lifted up in a much faster process than climbing a cumbersome ladder.

After a few trials and errors, Schlussler figured out the best way to build the ingenious system. He explains: “First, I changed the gear ratio on the bicycle by swapping a large front sprocket to the rear, which was still not quite easy enough to pedal, so I added a pulley into the system to gain a bit more [mechanical] advantage. Once I had the counterweight adjusted, it worked better than I could have hoped.” 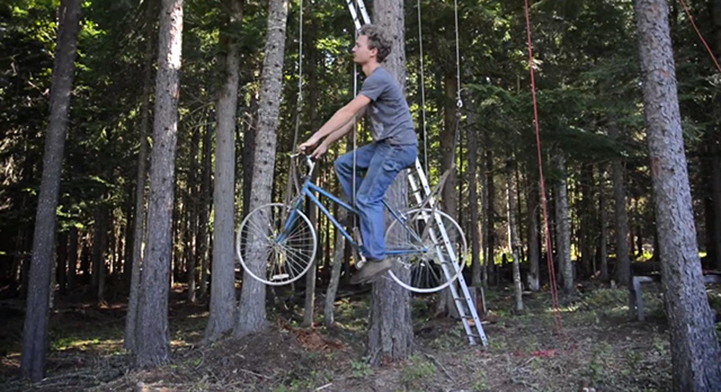 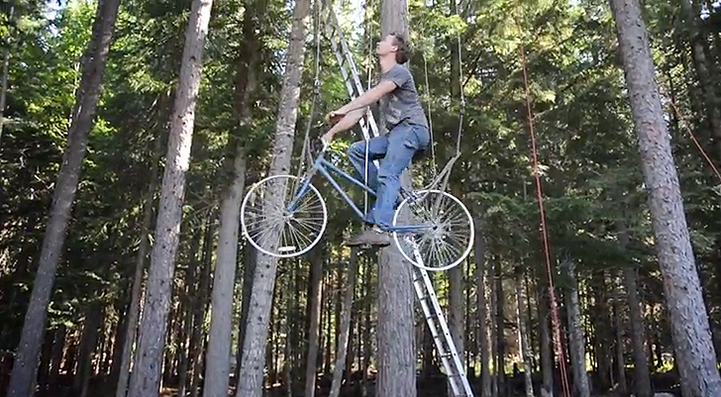 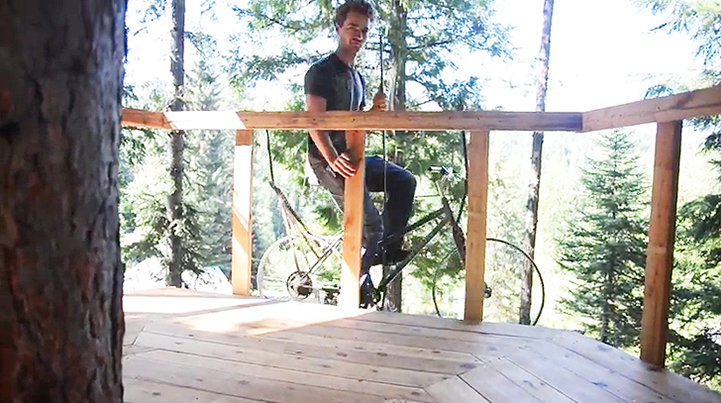 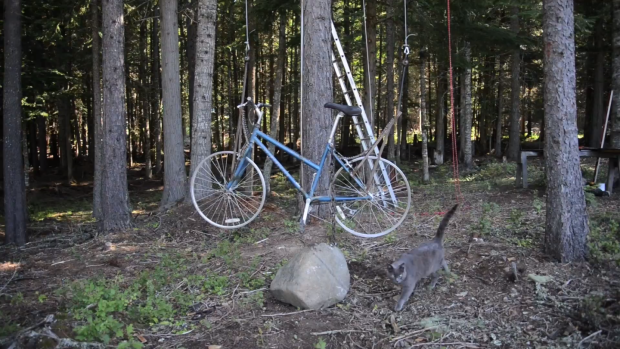