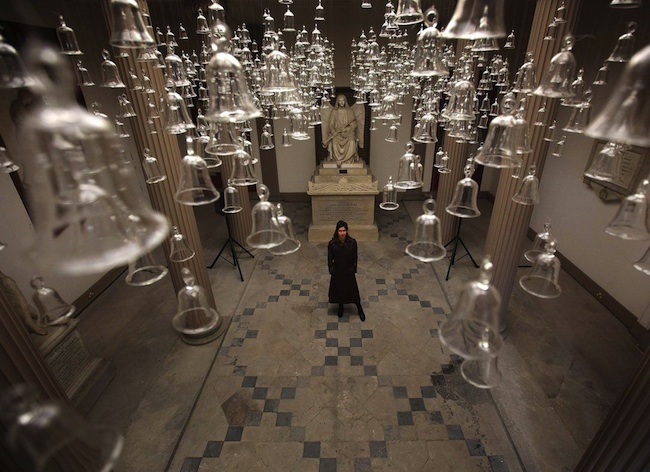 Can you imagine walking into a room, looking up and seeing a thousand heavenly bells sparkling above you? Brazilian visual artist Laura Belm has created this very experience for us in The Temple of a Thousand Bells, a new installation that's part of Liverpool's 2010 Biennial. The work features a thousand hand-blown glass bells and an accompanying polyphonic soundtrack inside the Oratory beside Liverpool Cathedral in St. James Cemetery. The story of the clear, translucent glass bells are told through loudspeakers in the room, unveiling an ancient legend about a temple of a thousand bells that was built on an island. Over the centuries, the island sank into the ocean, and with it, the temple. As the story unfolds, it reveals the attempts of a sailor to hear the music of those bells. The narrative is interspersed by specially composed music and sound effects. The bells are meant to evoke water, notions of spirituality, fragility and evanescence. They also suggest lyricism, dreams and imagination. Artist Laura Belm says, “My intention is to show a work that can touch the viewer's ‘inner self' – heart and soul – something we share universally and that transcends geographic and cultural boundaries. I am also interested in altering or creating other levels of perception of a public space for people in Liverpool.” 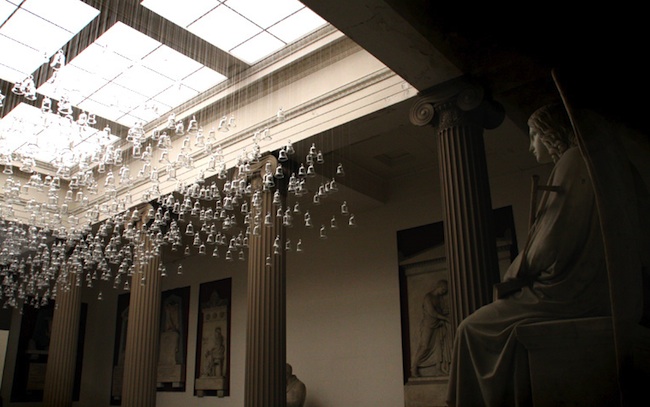 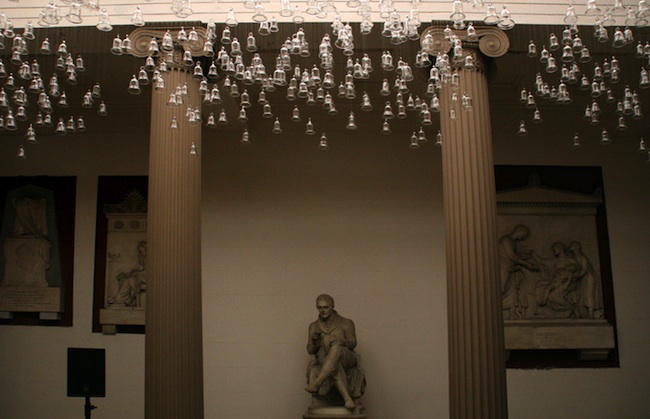 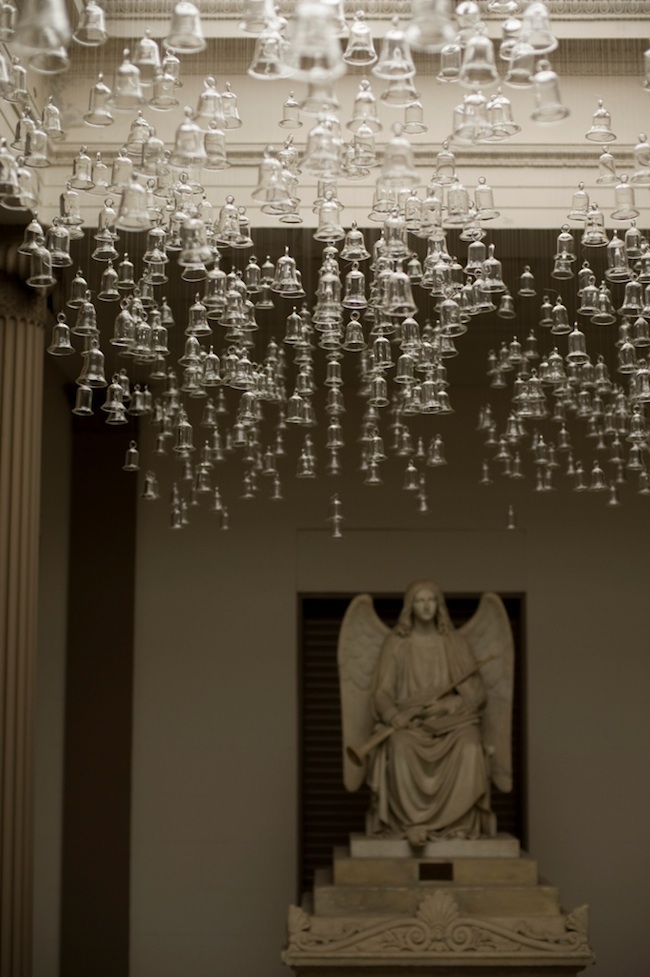 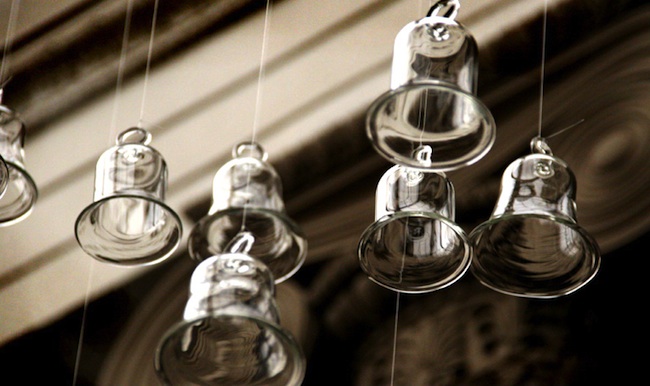 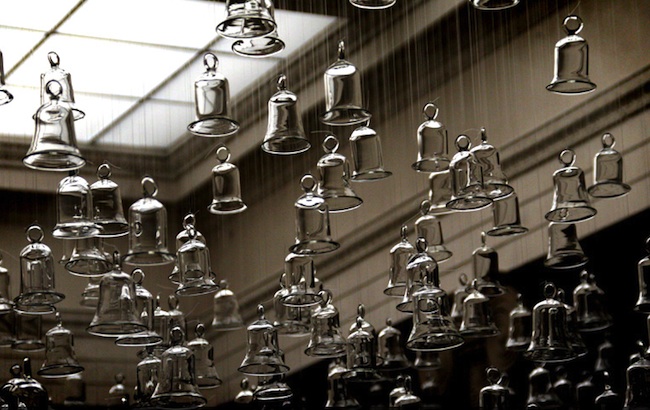 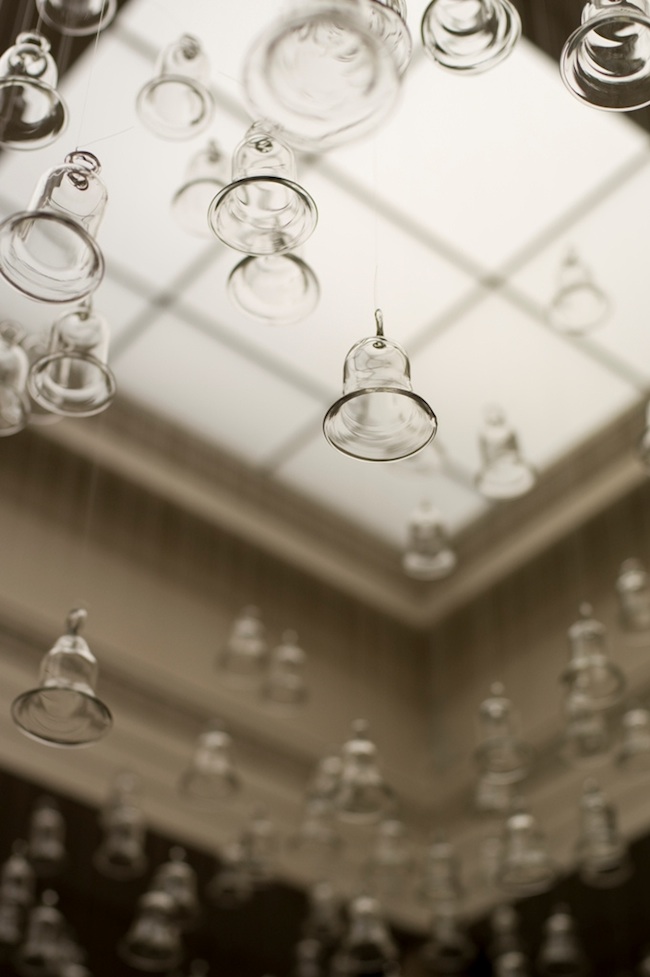 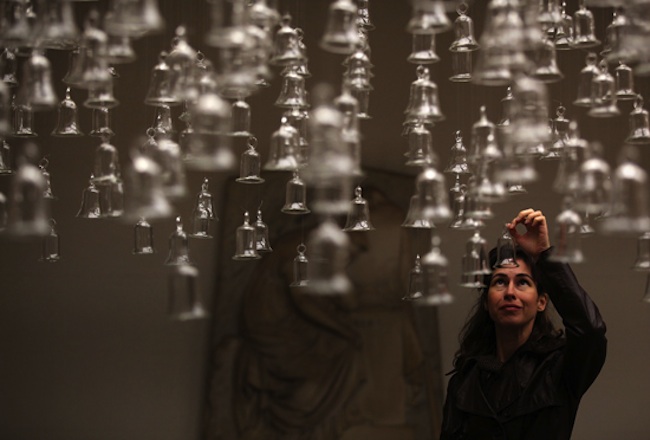 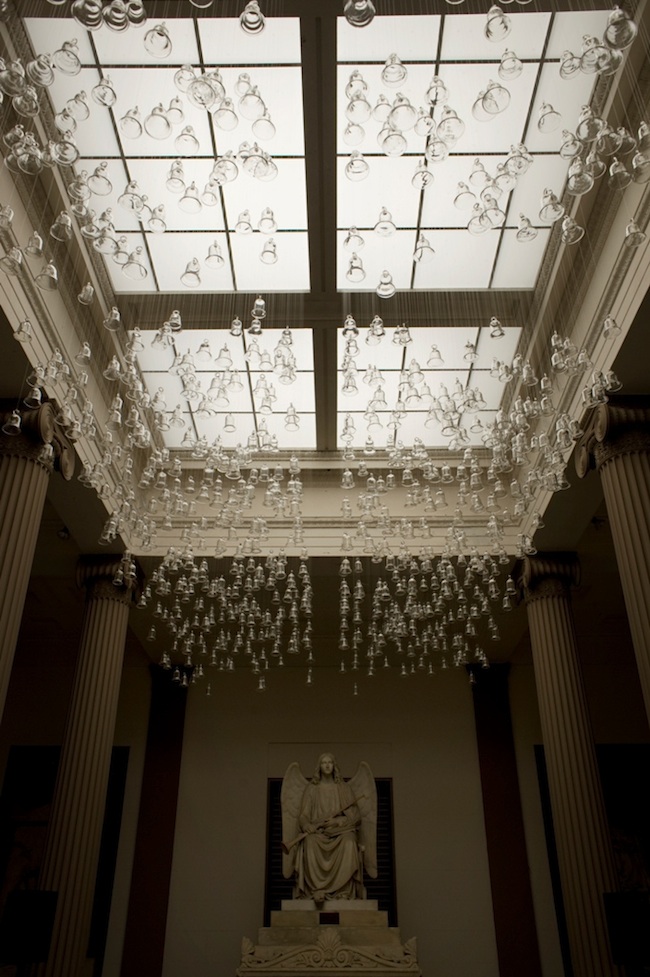 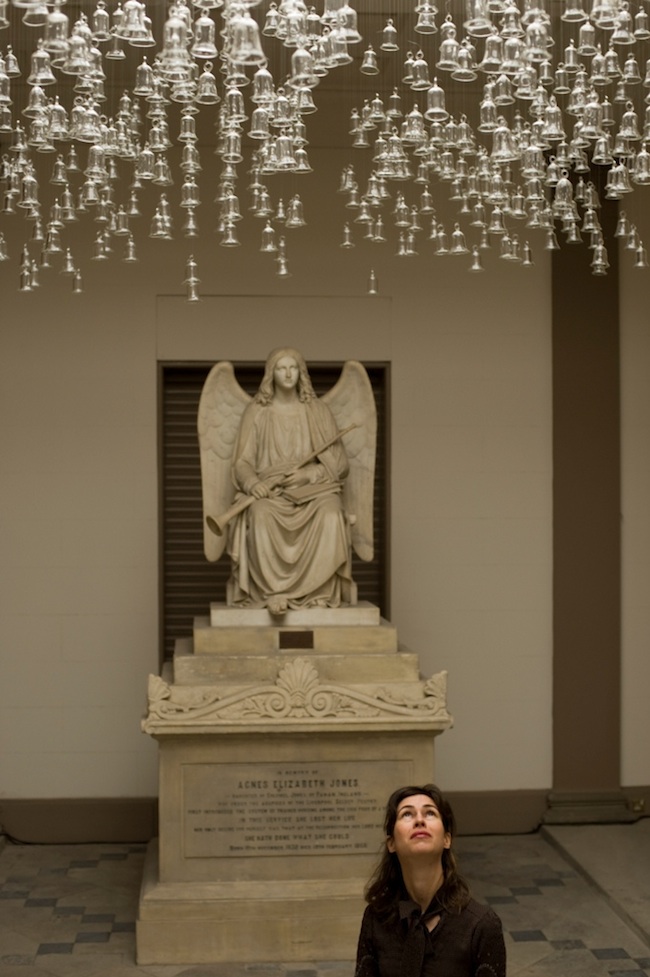 Come see the Oratory and this installation now until September 17. The Oratory is not normally open to the public: this commission represents an unusual opportunity for the public to gain access. Liverpool Biennial and Art in LiverPool