We Were Made For Each Other

Terry Border is back with a new set of hilarious photos where he makes everyday objects come alive! This time they're on the hunt for romance, looking for love in the unlikeliest of places. As always, Border makes us laugh with his clever creations.

We caught up with him recently to get to know the artist a bit more. Now that we've posted on his work twice, here at theMET, we thought it was definitely time to dig a little deeper. Of course, when we asked Border for the personal interview, he graciously obliged.

How has the internet helped you gain exposure?
I owe almost every bit of whatever success I've had to the internet. There are a couple of galleries here in Indianapolis which were kind enough to show my work in the past, but my evolution was sped up immensely by interaction with others on the web. Because of critiques from fellow artists in art groups, feedback from “the public” around the world, a person knows how others view his or her work right away. There's no more waiting for a gallery show, or for a weekend meeting of like-minded others. I can hear what people are thinking NOW.

What is your favorite new piece?
For me personally? Right now it's “The Introvert” because it's pretty close to home on who I am most of the time.

What inspires you to create this type of art?
It amuses me because it's a lot of fun when I get a really good idea. I get to feel clever in a way. I mean, not a lot of people have ever personified a bottle with a message inside it, so I get to break some new ground in a small, weird way.

What other artists inspire you?
So many. Some of my favorites are Tara Donovan, Vic Muniz, the late great Alexander Calder. Someone I became friends with in an internet art group and helped me early on is Tom Bennett. He makes these wonderful monotypes (and now maybe he'll buy me a beer sometime).

What are some of your favorite websites that you visit?
I go to Boingboing.net, I visit Salon most days. I like fffound.com for a steady, daylong stream of images. I depend a lot on links from people I know on the web for others. There are a couple of artist's blogs that I visit on an almost daily basis for years now – Mattias Inks, and Where I Vent My Spleen. Both great in their own way, and nice guys too.

What's your favorite piece to date?
I'd have to say Sarah Helps Him Shoot His Load. That one made me very happy when I figured it out. One of my favorite people, Roger Ebert, noticed me after that one and emailed a hello. He's now known around our house as “my good friend Roger”.

Which piece gets the biggest and best reaction?
Probably Belated (It's the one with the egg and his roasted mom). Sometimes people don't know whether to laugh or cry (which I love). Bittersweet is where it's at, I think.

What do you love most about your job?
The part I love most is probably the worst for me – I don't have to go out into the world and get to be a hermit. Not too healthy.

What's some advice you want to give fellow artists?
Make work that gets you excited in some way. If it doesn't make you excited, it's rarely gonna do anything for anyone else. 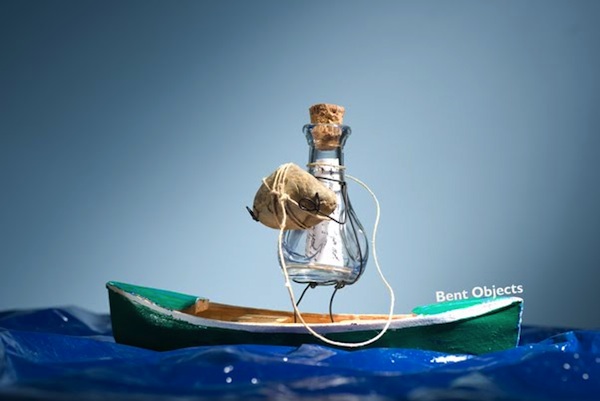 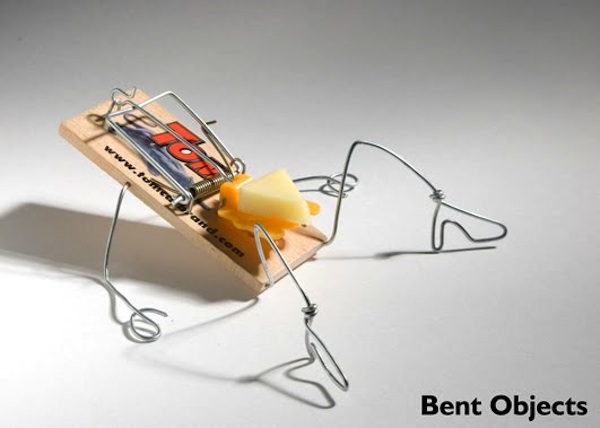 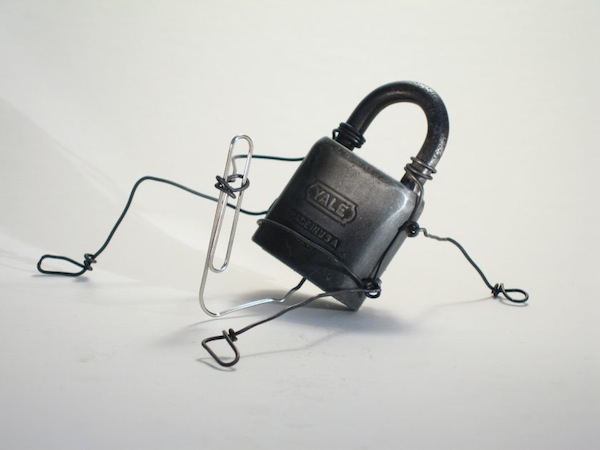 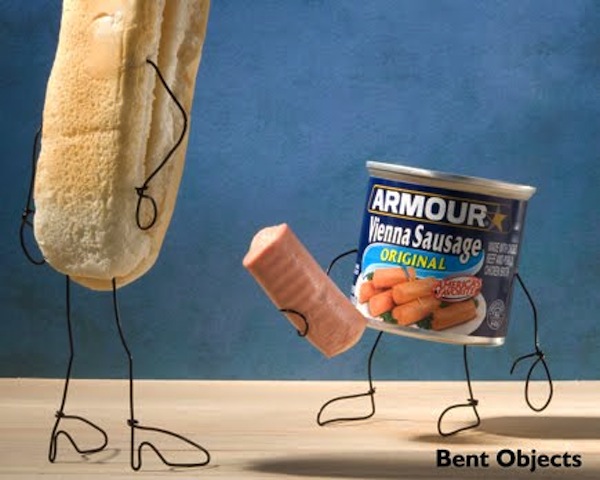 Confidence Will Only Take You So Far 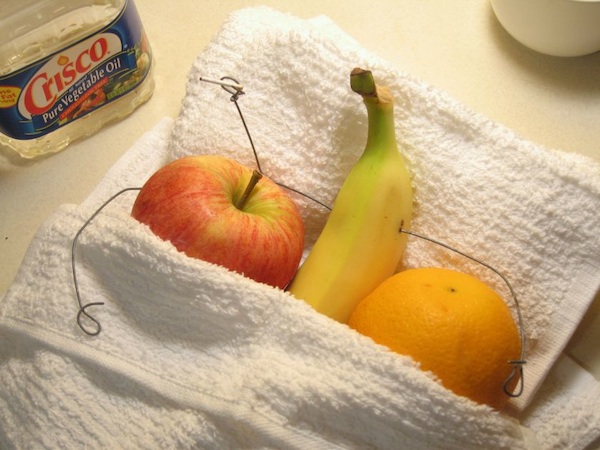 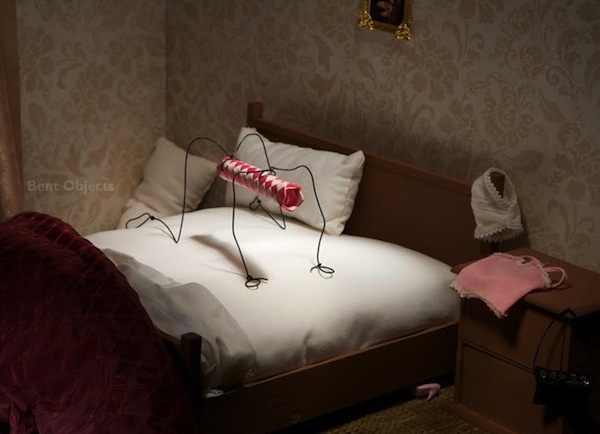 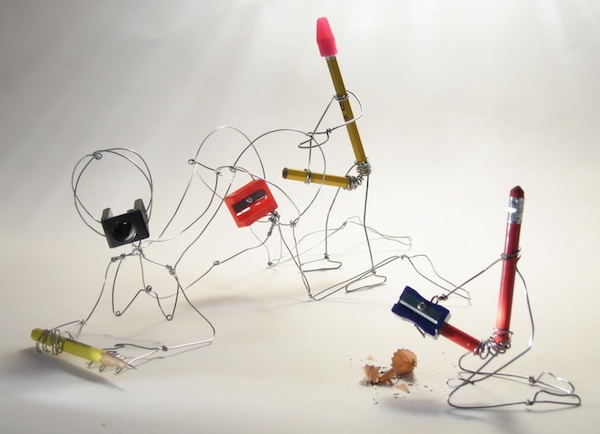 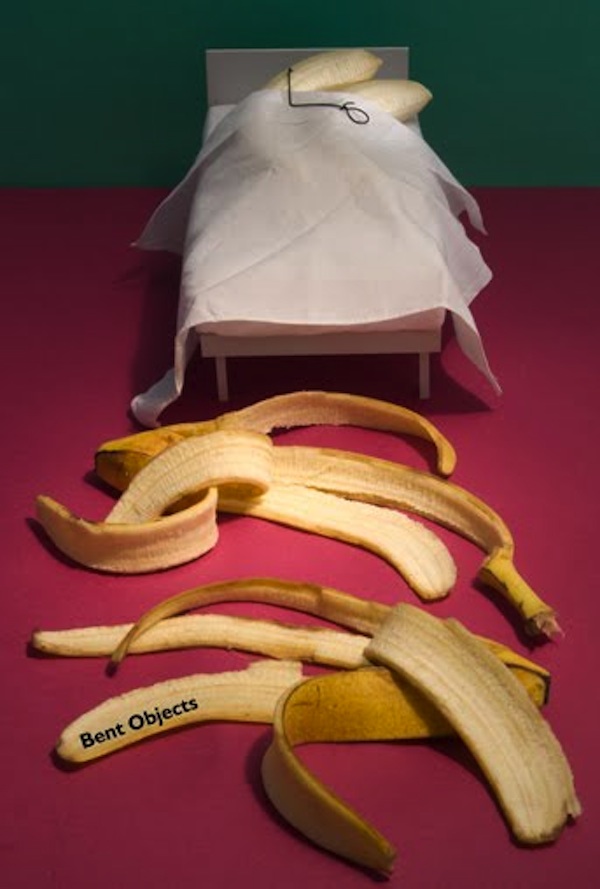 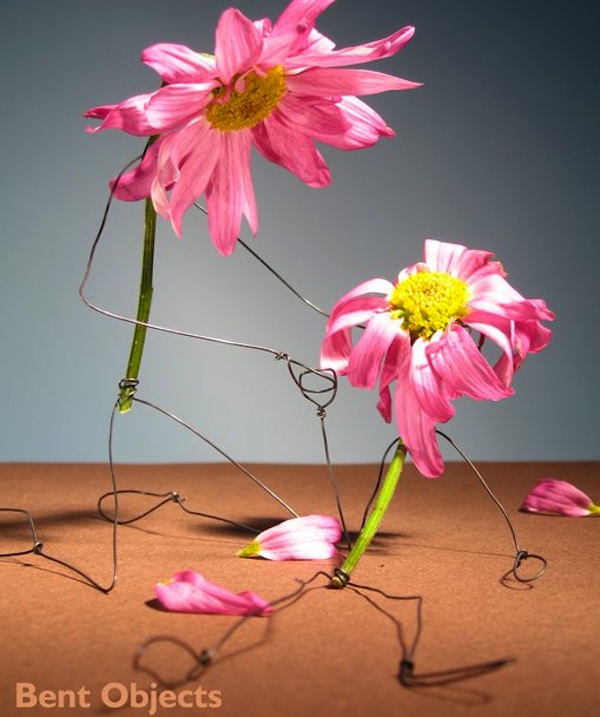 If you laughed at Terry's work, make sure to check out his book on Amazon, called Bent Objects: The Secret Life of Everyday Things and his personal website.

“If you're in the process of creating something, and you're afraid people are gonna think you're crazy, there's a chance you're onto something special.” – Terry Border