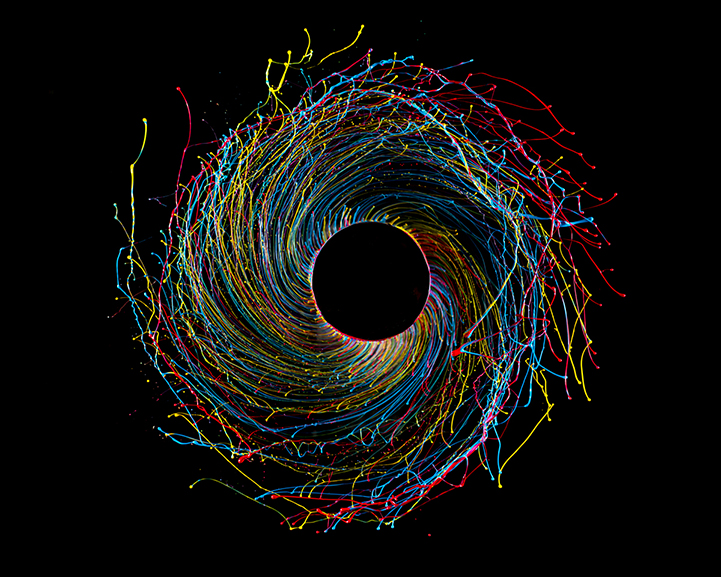 Fabian Oefner captures all kinds of incredible color and motion in just the blink of an eye. His awesome skills at experimentation have once again led to this captivating series, entitled Black Hole. For each image, Oefner drips acrylic paint onto a metallic rod that is attached to a drill. When he turns the drill on, the paint instantly flies away from the center of the rod and, in that split second, Oefner documents the fabulous spiral flow of color with his camera.

The splatter of paint happens so insanely fast, but Oefner has mastered his timing. He says, “To capture the moment, where the paint forms that distinctive shape, I connected a sensor to the drill, which sends an impulse to the flashes. These specialized units are capable of creating flashes as short as a 1/40000 of a second, freezing the motion of the paint.” You can watch a short video, below, of the process in action.

If you would like to see more of Oefner's creative scientific experimentation, you can check out his colorful fluid mosaics, entitled Millefiori; his Dancing Colors, in which sound waves become visible; and his glowing lamp lights, entitled Nebulae. 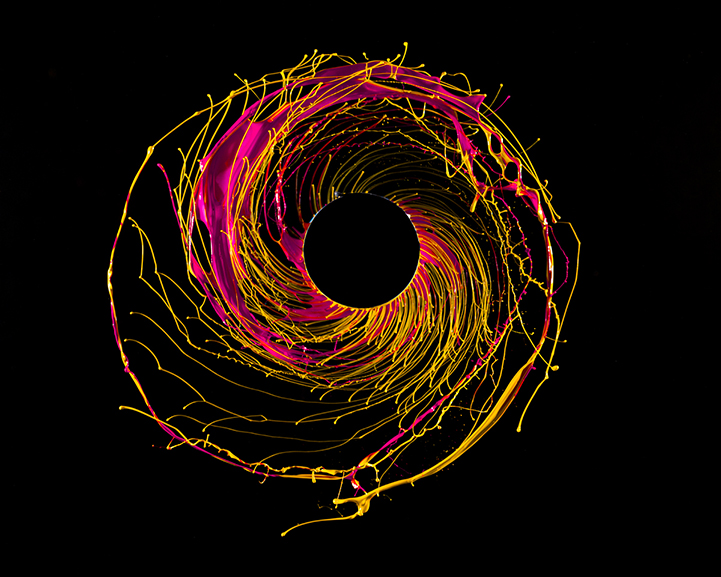 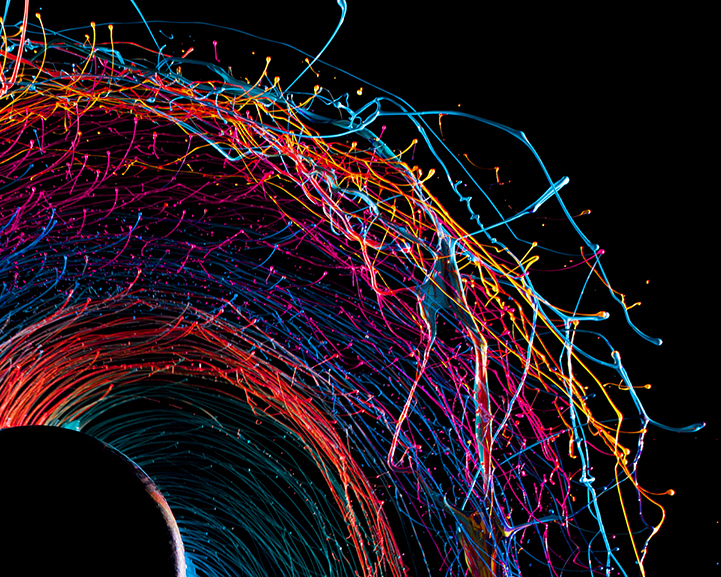 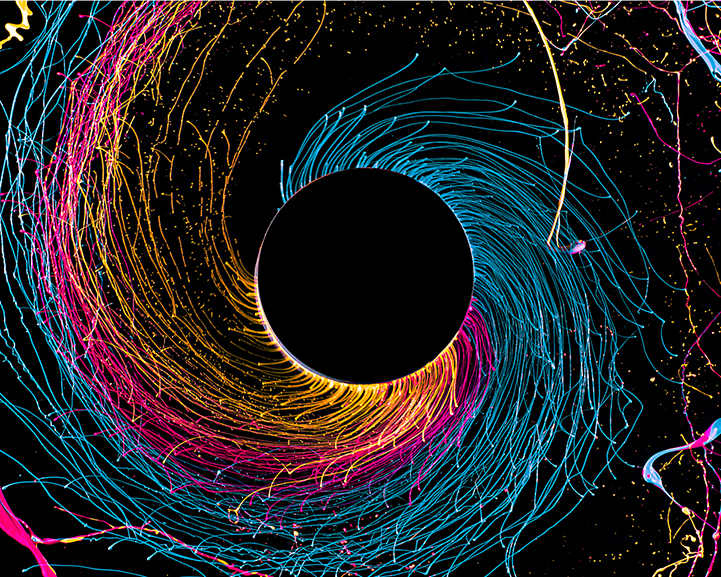 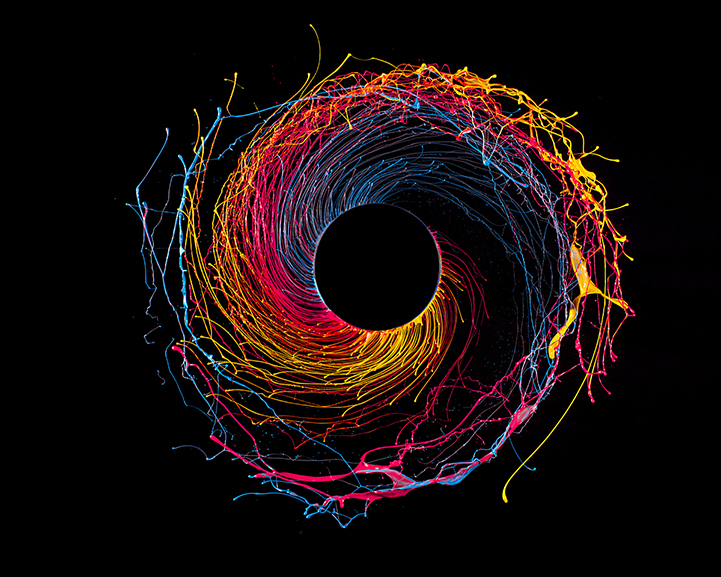 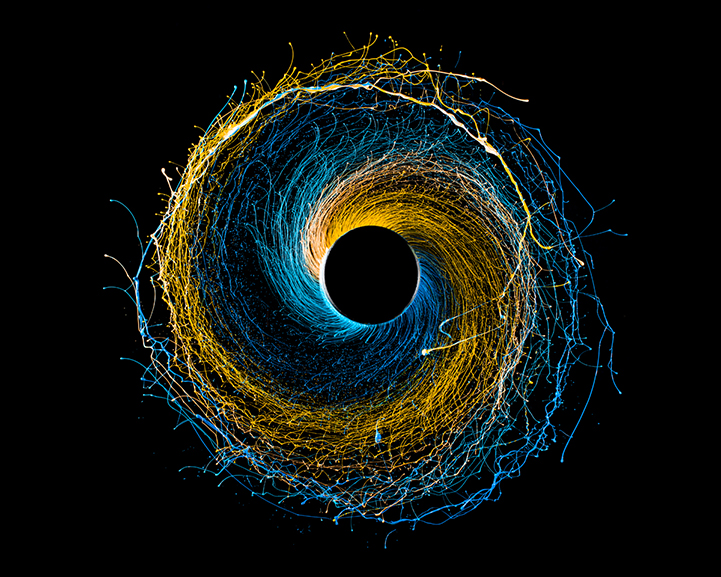 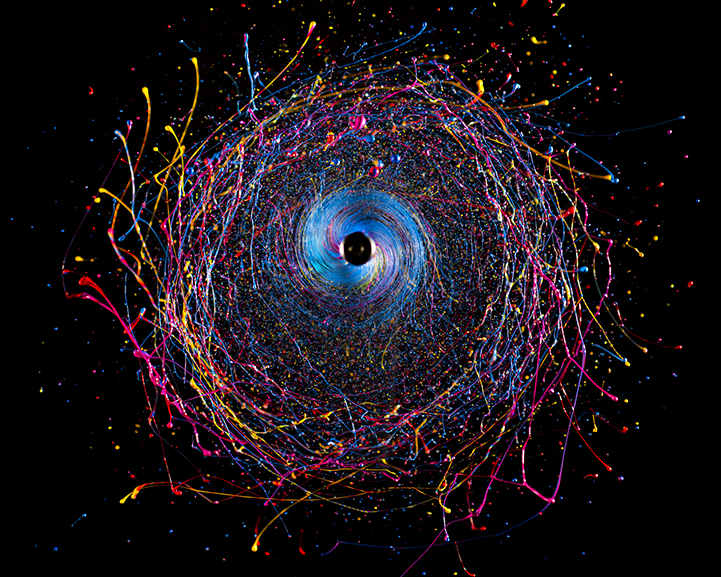 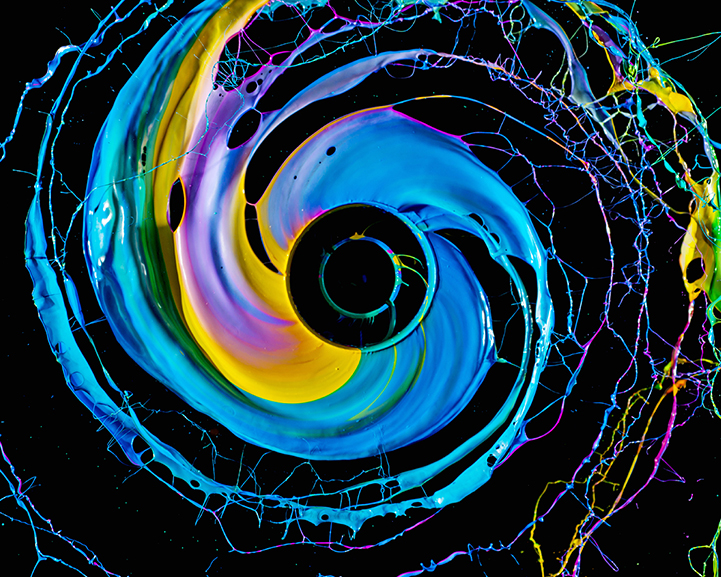 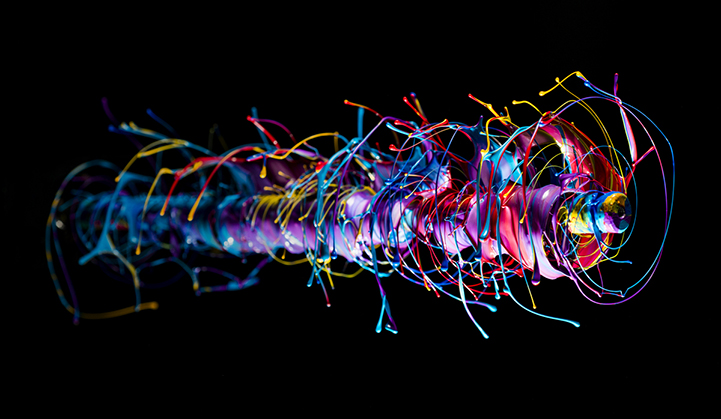 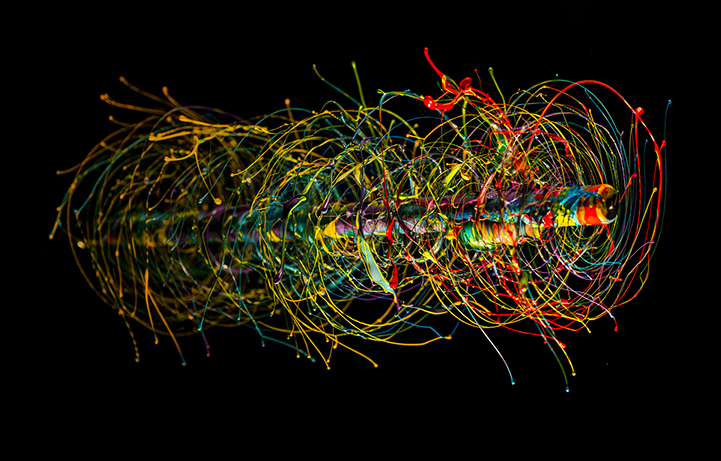 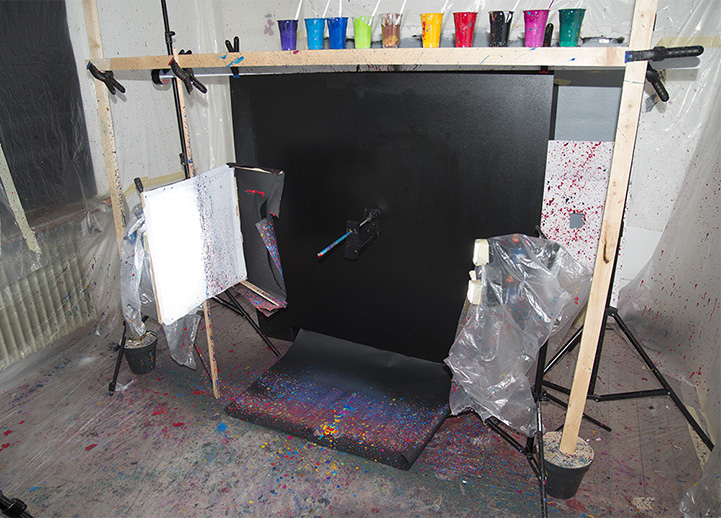 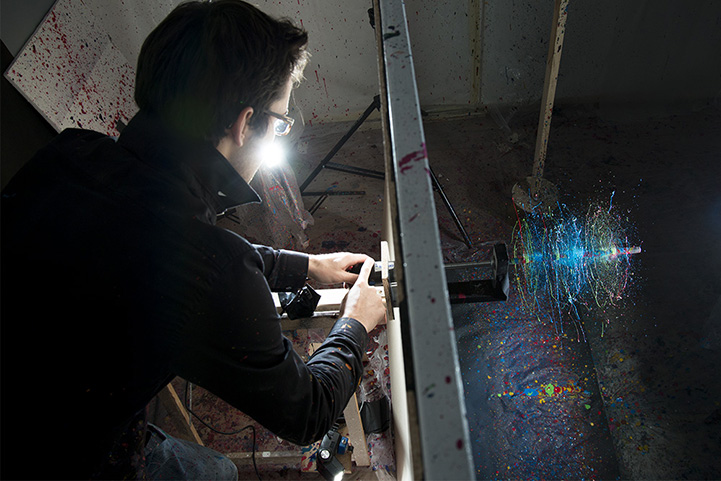 Fabian Oefner's website
via [Colossal], [My Amp Goes to 11]