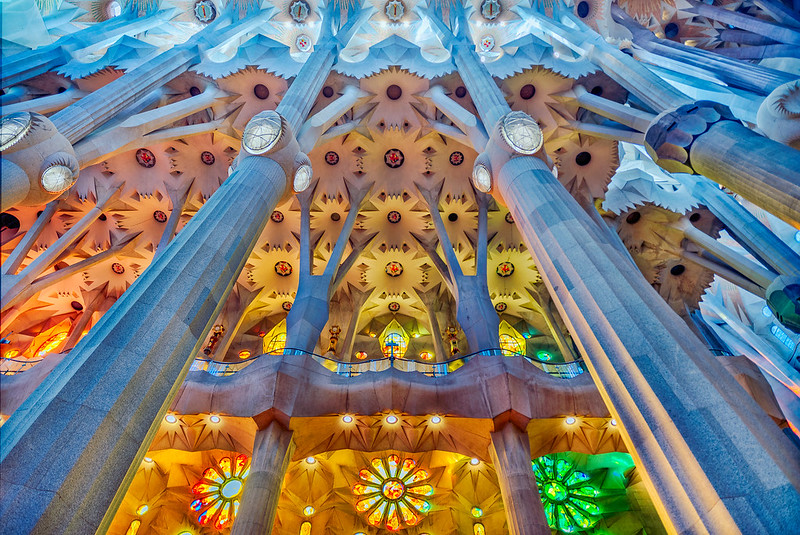 Designed by master of modernisme Antoni Gaudí in the late 19th century, La Sagrada Família is one of Barcelona's most famous destinations. On top of its whimsical towers and mesmerizing mosaics, the ever-growing church is known for its fantastic stained glass windows. Capturing the “expressivity and grandeur” of Gaudí's vision, the multicolor windows range in shape and color scheme, making the basilica's avant-garde interior even more eye-catching. 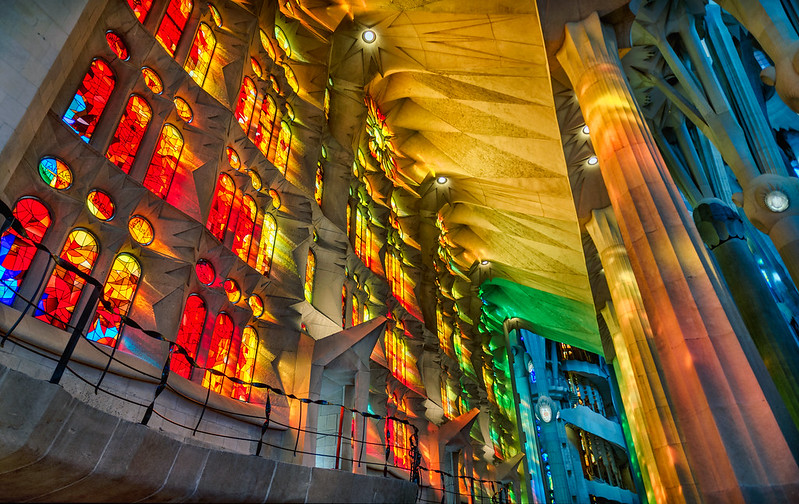 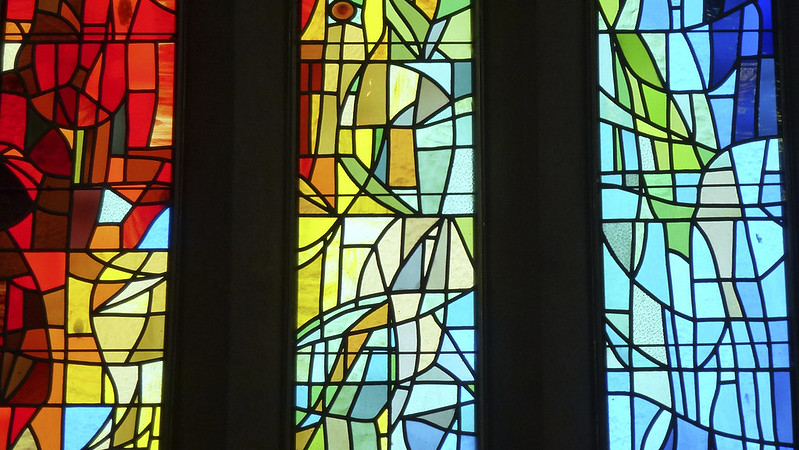 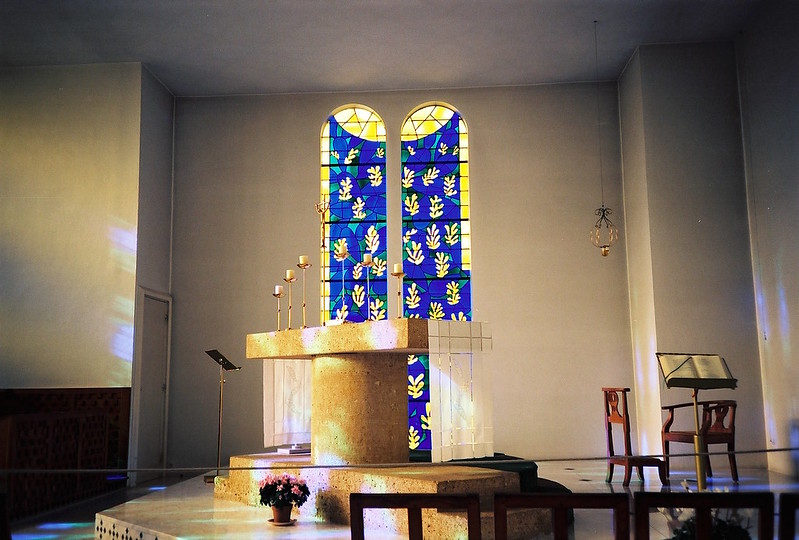 Nestled in Vence, an idyllic commune in southeastern France, the Rosary Chapel was designed by modern artist Henri Matisse and built between 1943 and 1949. In addition to its minimalist spire and mosaic decorations, the tiny chapel features spectacular windows reminiscent of the artist's famous series of cut-outs. Each work of art features strong color contrasts and bold forms that, when illuminated by the sun, put a transcendent twist on Matisse's signature abstract aesthetic. 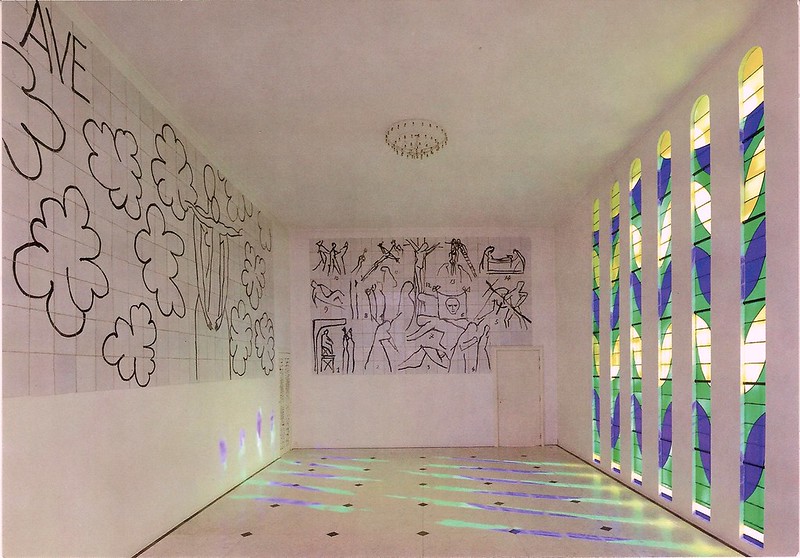 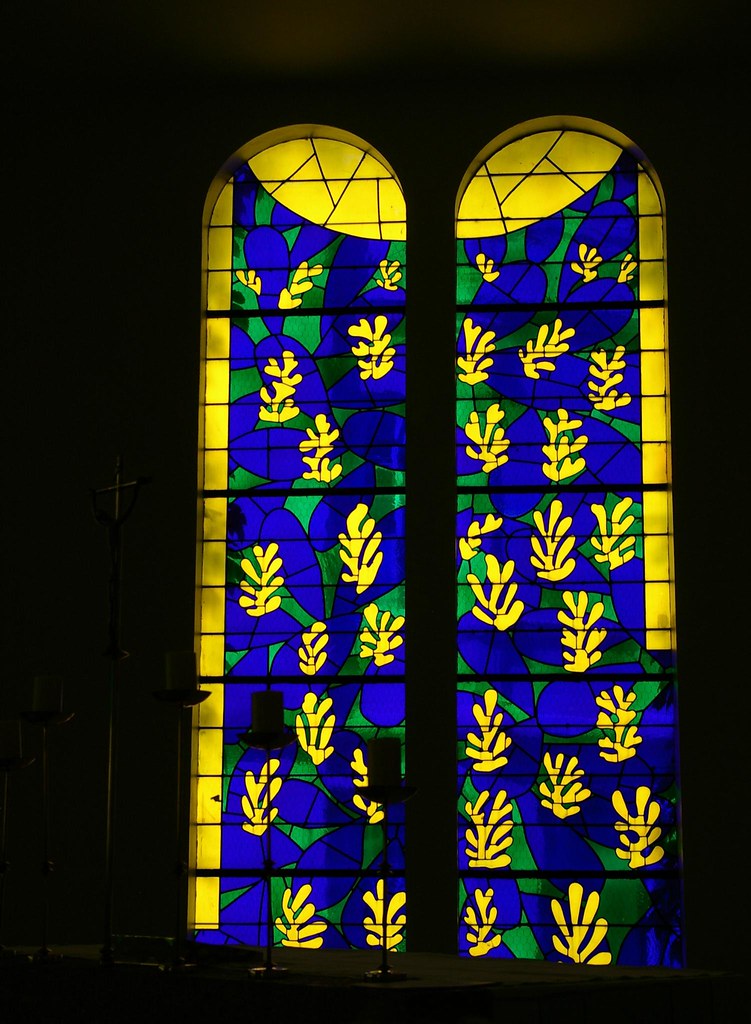 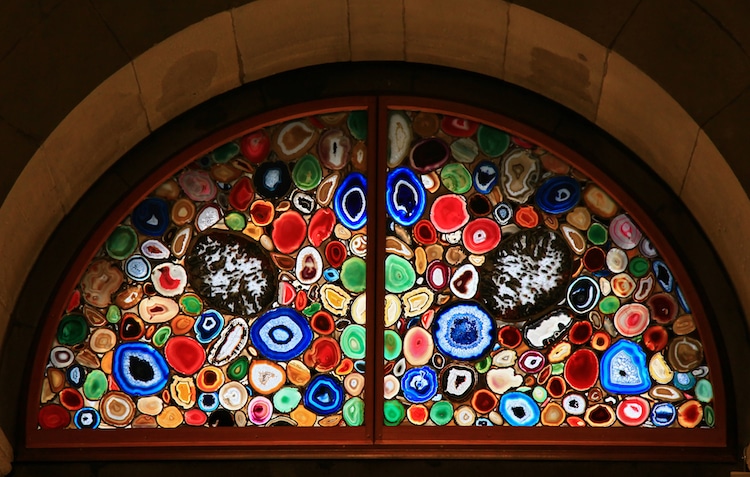 The Grossmunster is an 11th-century Protestant church in Zurich, Switzerland. While the church was built in the Romanesque style—an approach known for its thick walls and subsequently small windows—it boasts a beautiful selection of stained glass. These spectacular windows were added in the 20th and 21st centuries, and include striking pieces by Pop Art icon Sigmar Polke. 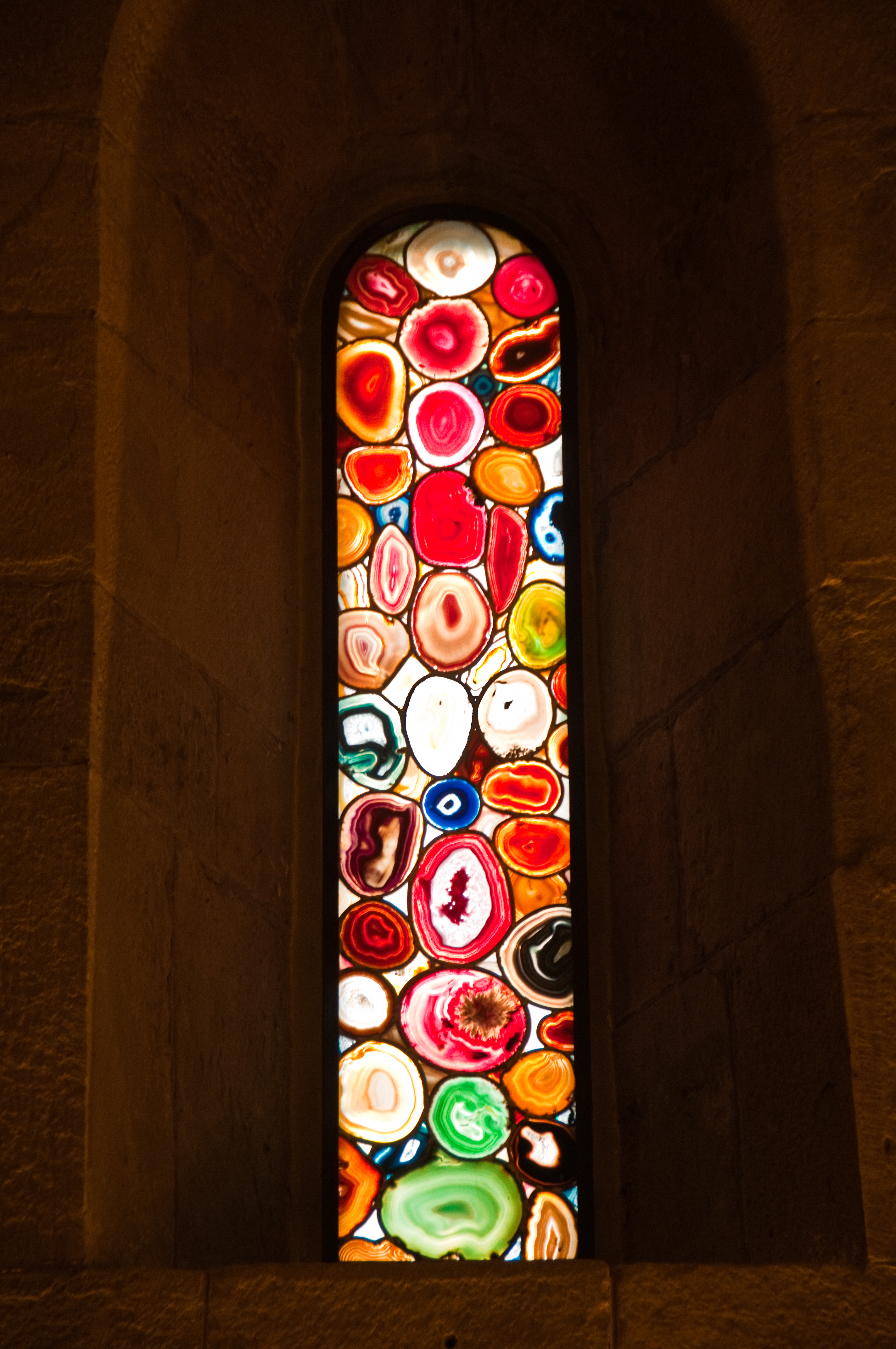 The Chapel of Thanksgiving 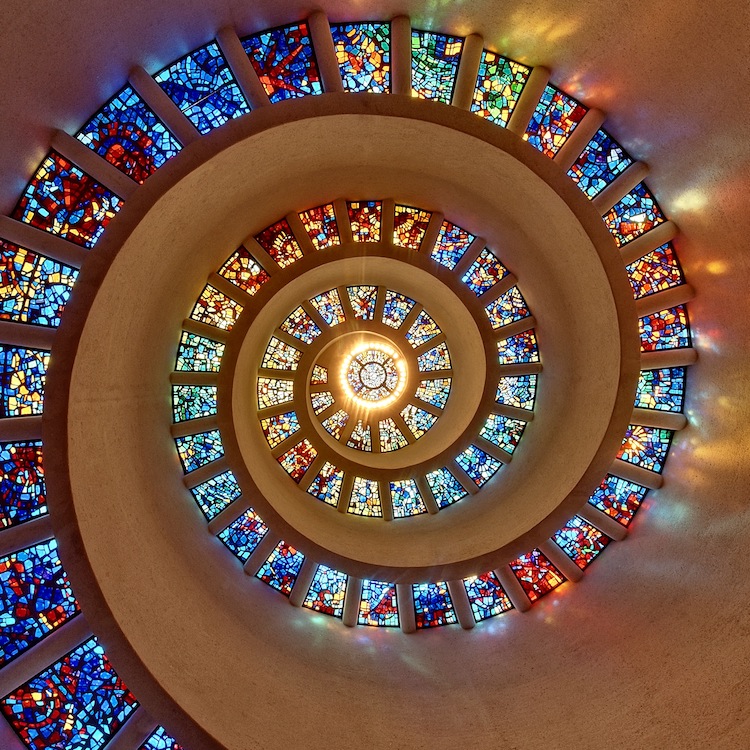 The Chapel of Thanksgiving is a non-denominational building in downtown Dallas, Texas. Built in 1976, the site was designed “to promote the concept of giving thanks as a universal, human value.” The contemporary chapel celebrates this idea through a striking stained glass spiral that appears to change color as it twists toward the sky. 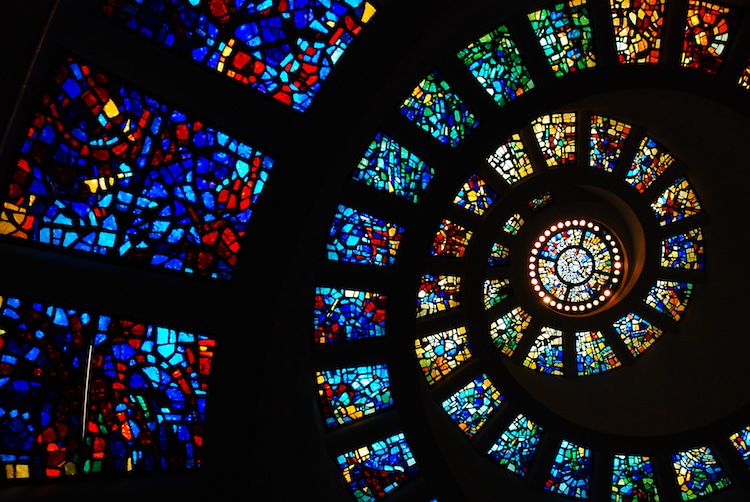