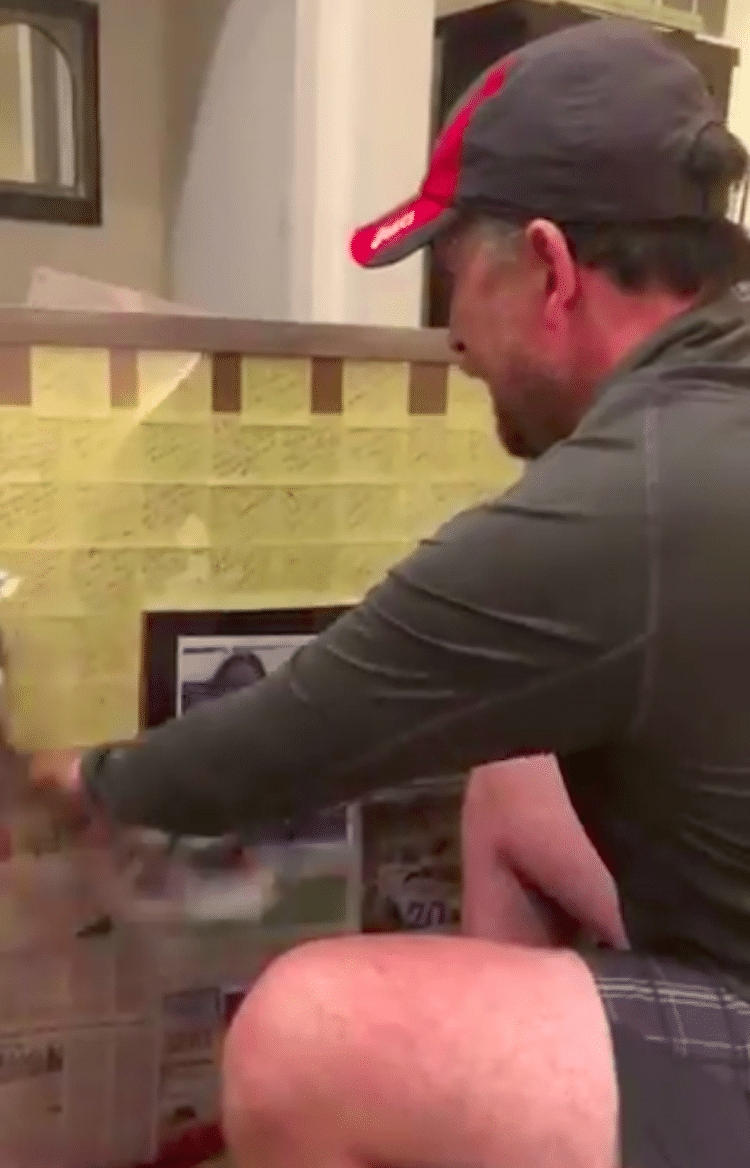 If you’re someone who keeps hold of sentimental items such as ticket stubs and old letters, you’re sure to relate to a woman in Maryland named Sophia Wilcox. Since she was a little girl, her stepfather, Brian Sandusky, would pin an inspiring note on her door every day before she went to middle school. Now, 6 years later, she decided to repay his kind gesture by framing the hand-written mementos for Father’s Day.

“During middle school, my stepdad used to leave me a note on my door each day to inspire me,” Wilcox wrote on Twitter. “Well, I kept those notes & it's been 6 years since then. Today I gave him those notes back.” Wilcox posted a video of her stepfather opening the framed notes, which are arranged around a photo of them both. She captures the heartwarming moment when Sandusky realizes what he’s looking at. Visibly choked up, he says, “These are all your notes.”

Wilcox spent about a day putting the thoughtful gift together. She says, “I'm a big sucker for picture frames as gifts so when I remembered the notes I realized I wanted to somehow frame them.” After the camera was turned off, the pair read over the notes in awe, noting that there are no duplicates—each daily message was different.

For Father's Day, Sophia Wilcox framed her stepdad's notes that she kept since middle school and gave them back as a gift.

during middle school, my stepdad used to leave me a note on my door each day to inspire me. well, I kept those notes & It’s been 6 years since then. today I gave him those notes back🥰 #HappyFathersDay pic.twitter.com/ftT3sjQEH5

All images via Sophia Wilcox.