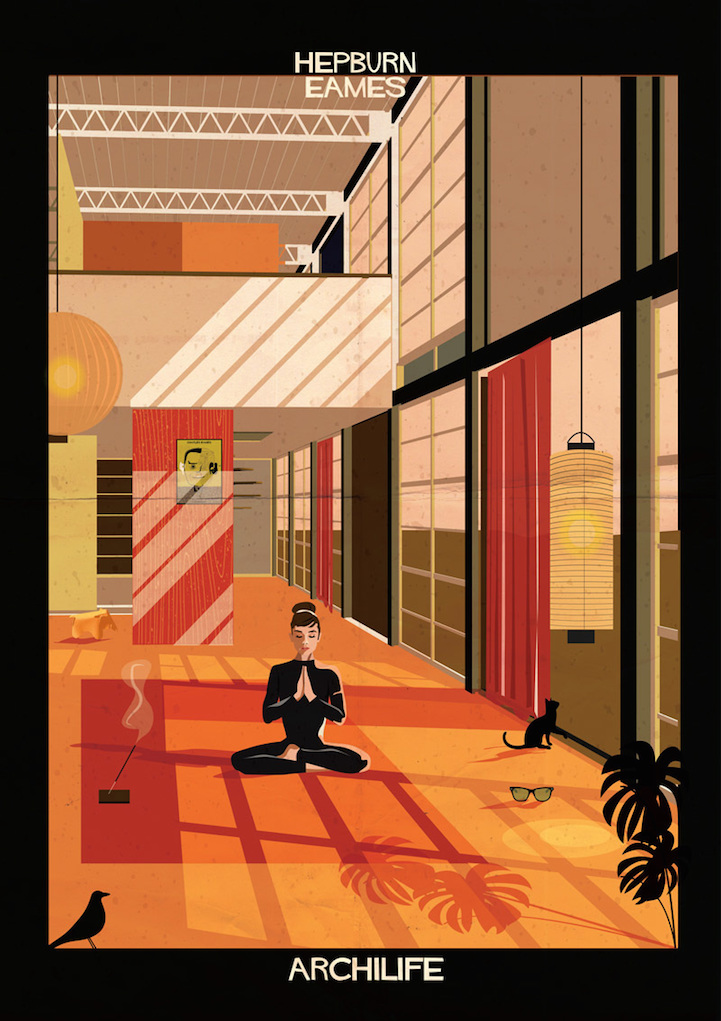 In Italian architect and illustrator Federico Babina's series titled Archilife, he pairs Hollywood film stars with some of the most famous architect-designed homes of the 20th century. The warm and colorful images highlight these celebrities in the midst of well-decorated, modern spaces. Babina illustrates them performing everyday activities like shaving or reading a book, which is not how we'd necessarily imagine them.

The top of each composition features the last name of the star as well as the architect who designed the home. So, while fans of the actors and actresses will appreciate this series, so will those who enjoy buildings. We marvel at the gorgeous interior details like signature chairs and lighting; Babina included the iconic Barcelona Chair by architect Ludwig Mies van der Rohe in the illustration of Marilyn Monroe, as well as a bottle of her Chanel No. 5. The rest of his beautiful works are peppered with items like these.

“In Archilife, I imagine 17 little stories that try to approximate the architecture to reality,” explains Babina. We don't just see lifeless, static depictions of these places, but instead he shows someone living and appreciating the space. “I am representing architectural interiors, not as mere inanimate scenarios, but like sets of portraits of everyday life.” 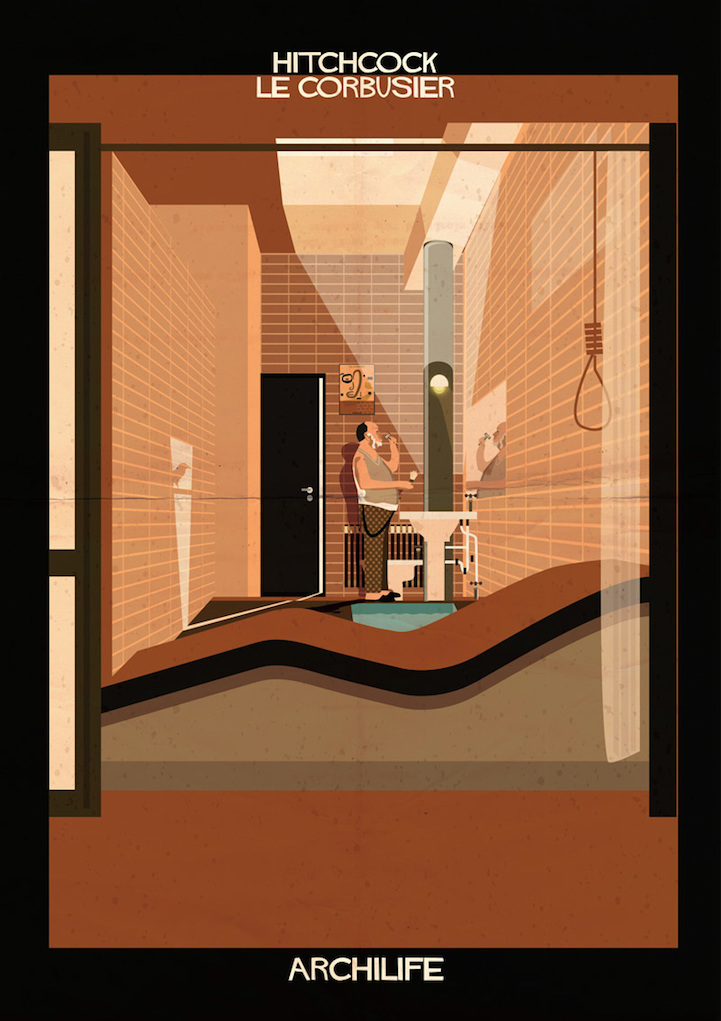 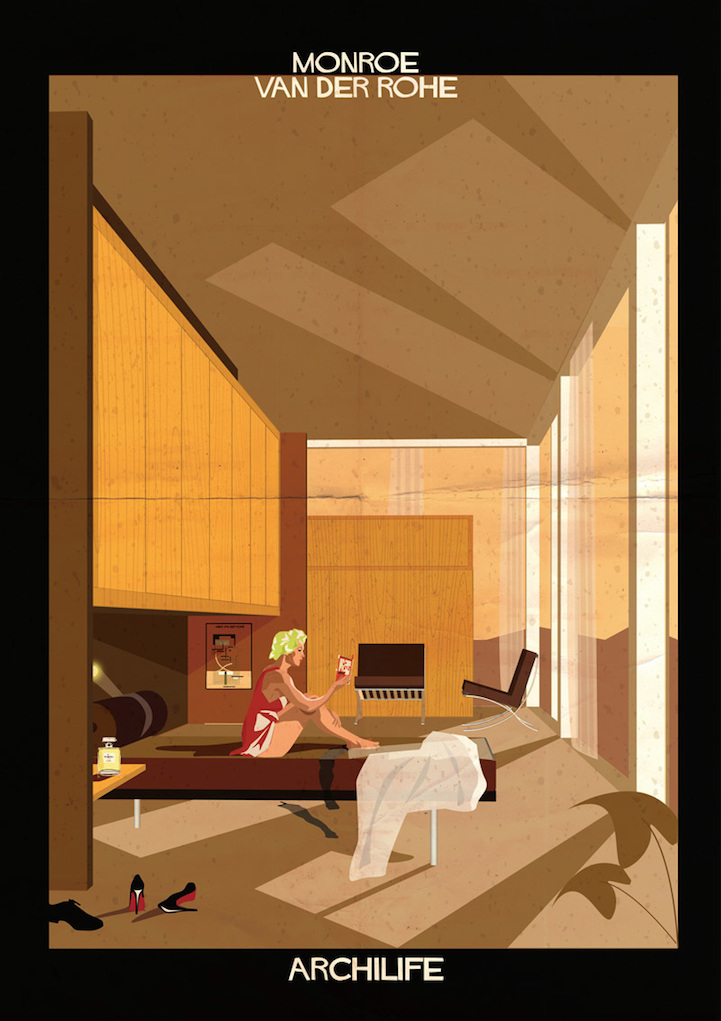 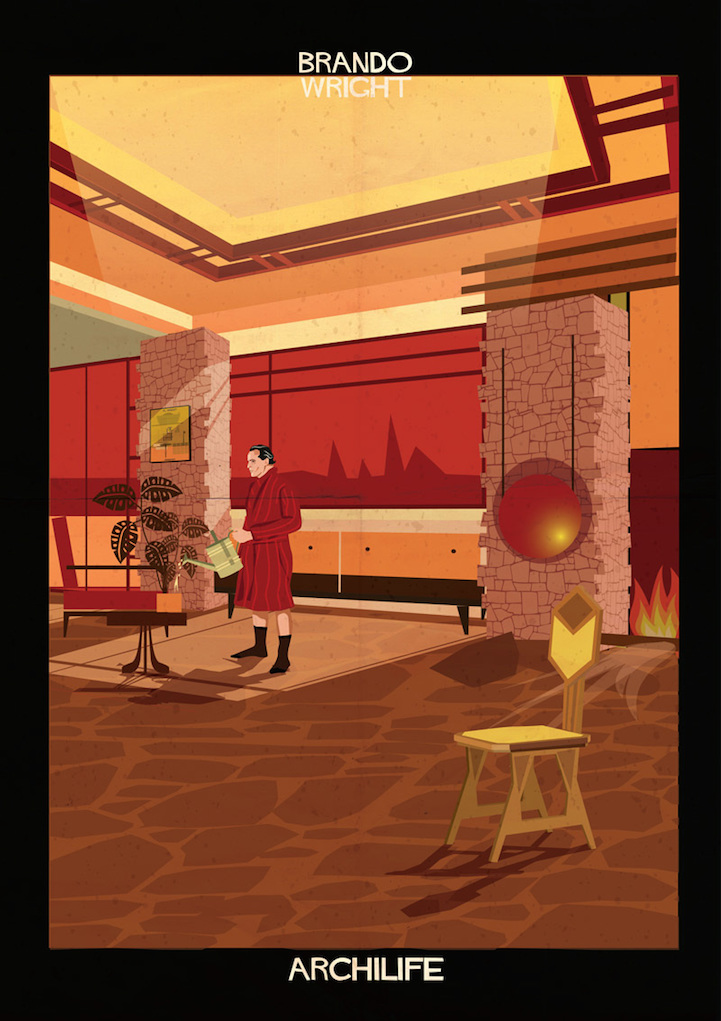 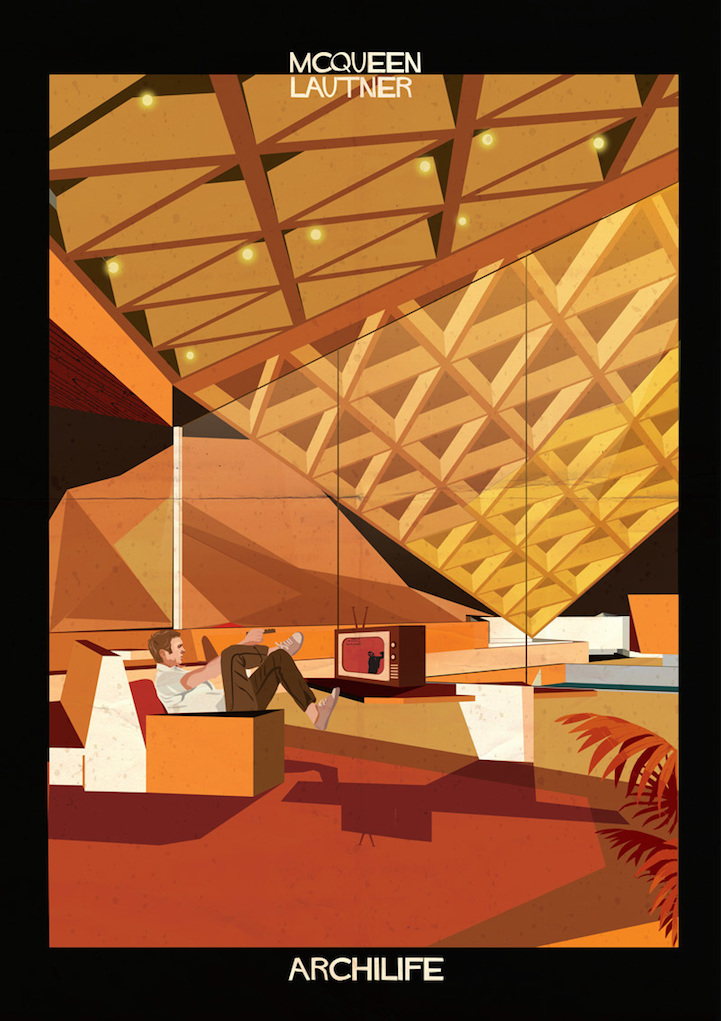 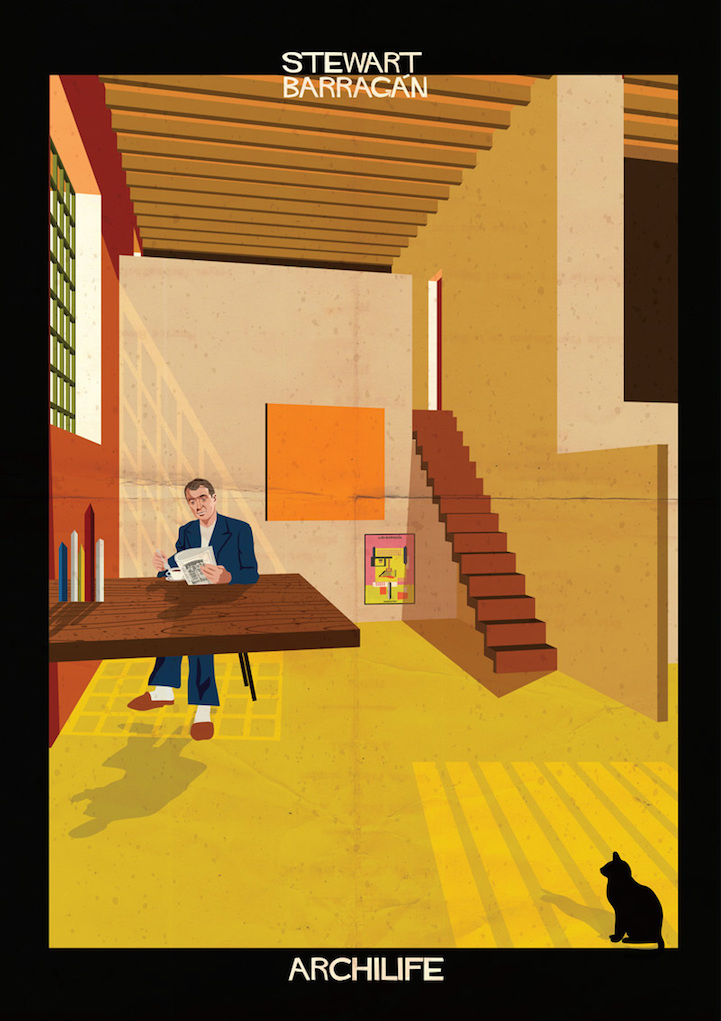 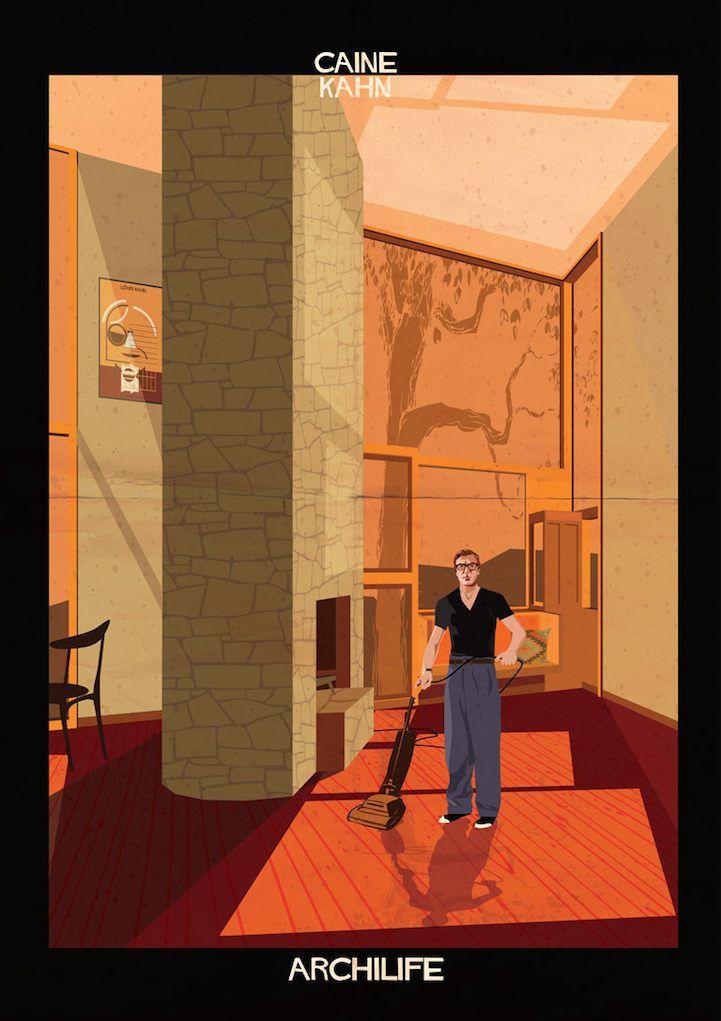 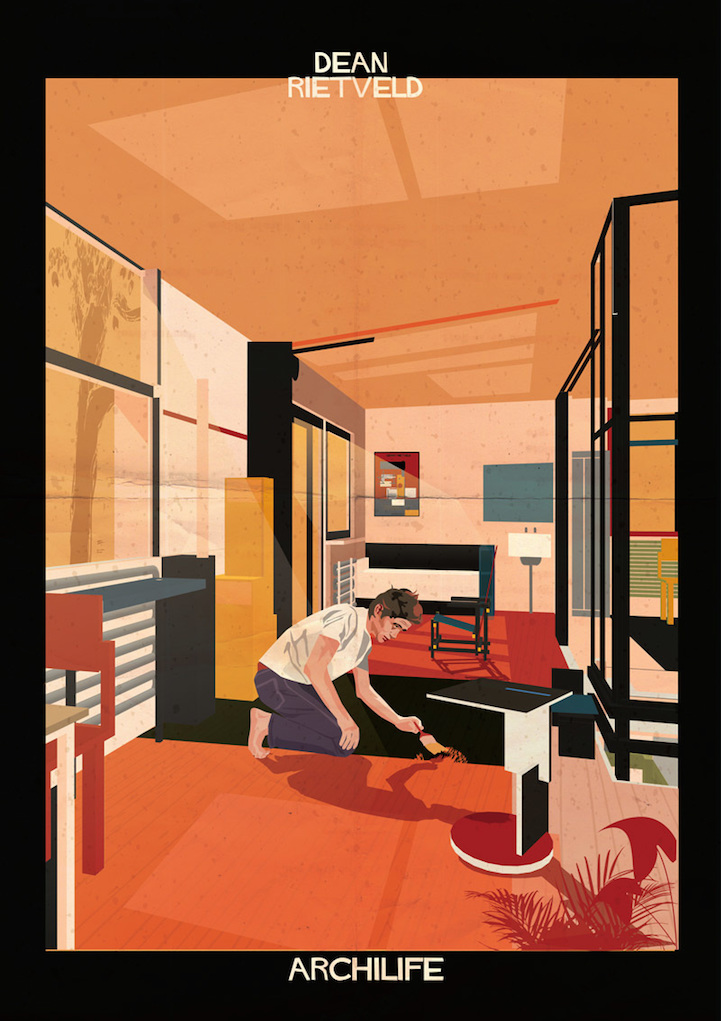 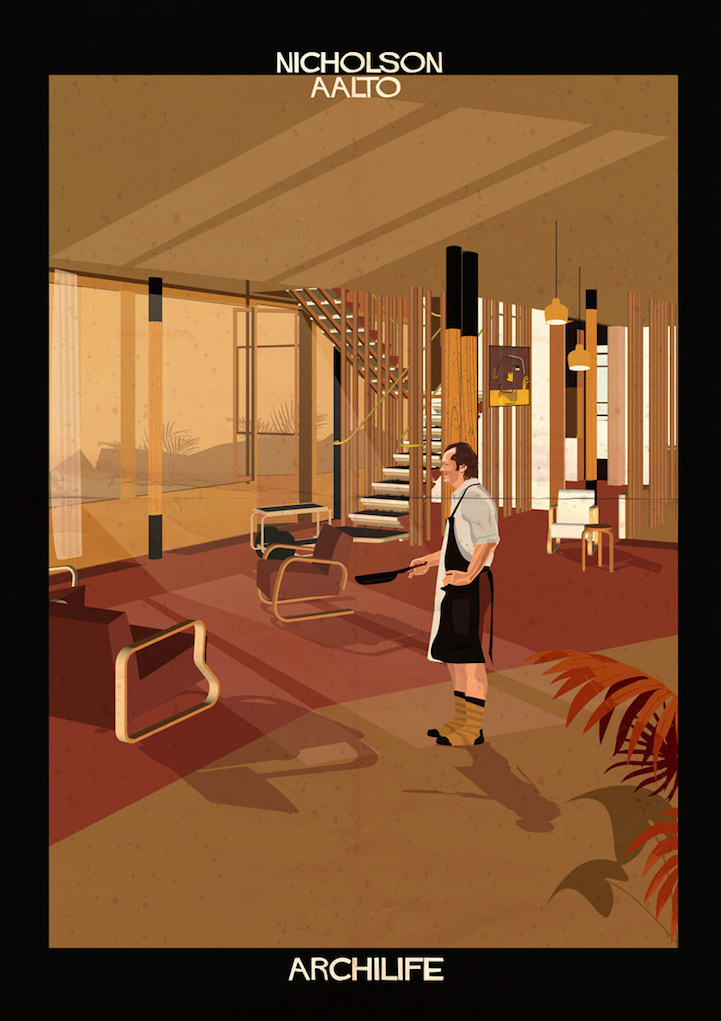 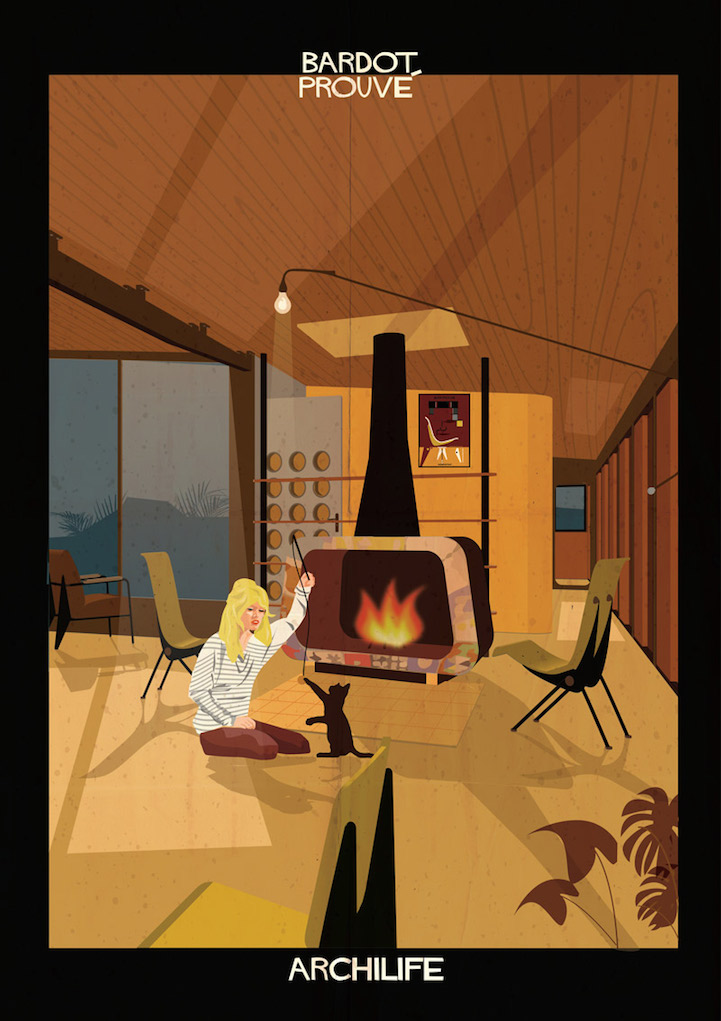