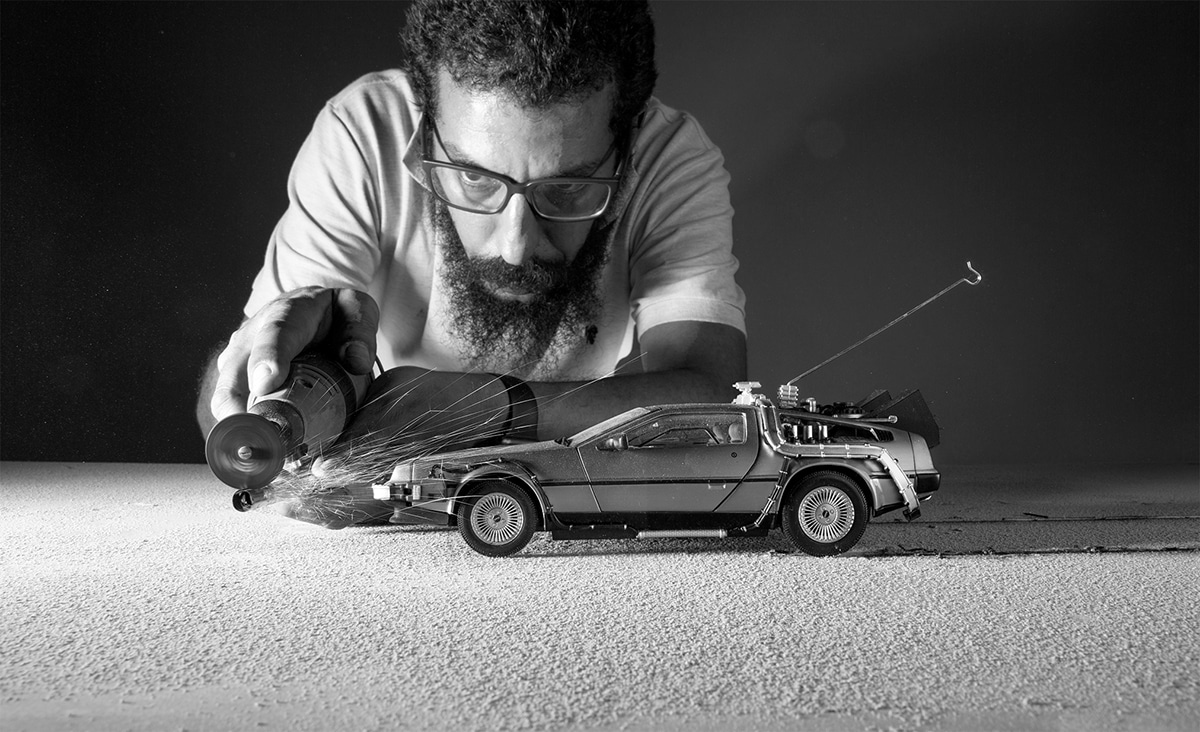 Photographer and digital artist Felix Hernandez proves that it doesn’t take a ton of fancy tools to craft incredible works of art. Using a miniature toy car, fire, and a mastery of photographic techniques, the Mexico-based creative has recently produced several spectacular scenes. This tiny automobile wasn’t just any car, though. Hernandez got his hands on a 1/18th-scale time-traveling DeLorean from the Back to the Future films. Making it the star of his images, he incorporated the fire—as well as smoke and light painting—to have DeLorean look like it was about to speed towards another era.

The car is the third iconic vehicle in Hernandez’s personal project called Famous Movie Cars. “It’s a tribute to my childhood,” he tell us, “to all the cars of TV series and movies that [made] me happy in my youth.” To pay the DeLorean proper homage, Hernandez first set up the shoot in his studio and placed the toy against a simple backdrop. Then, he captured different effects in-camera, and afterwards brought the images into Photoshop. There, he added flares and adjusted the color grading to bring his artistic vision to life.

Photographer Felix Hernandez has created spectacular Back to the Future fan art via ingenious toy photography. 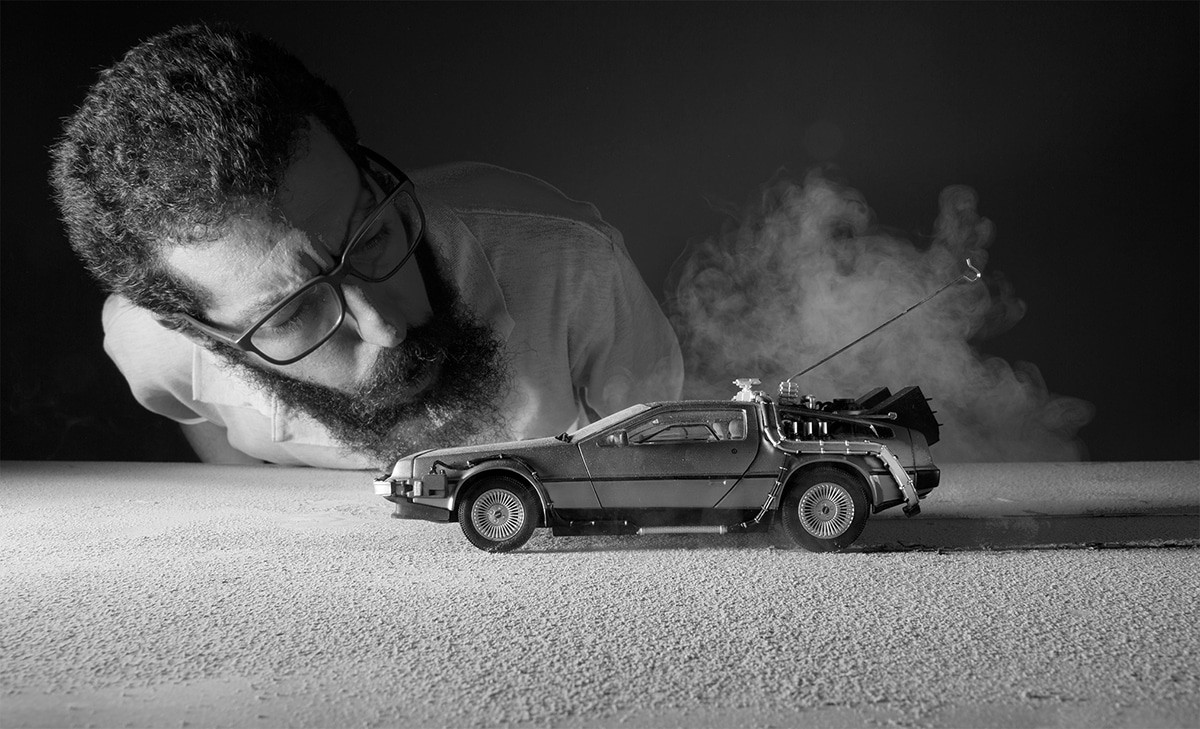 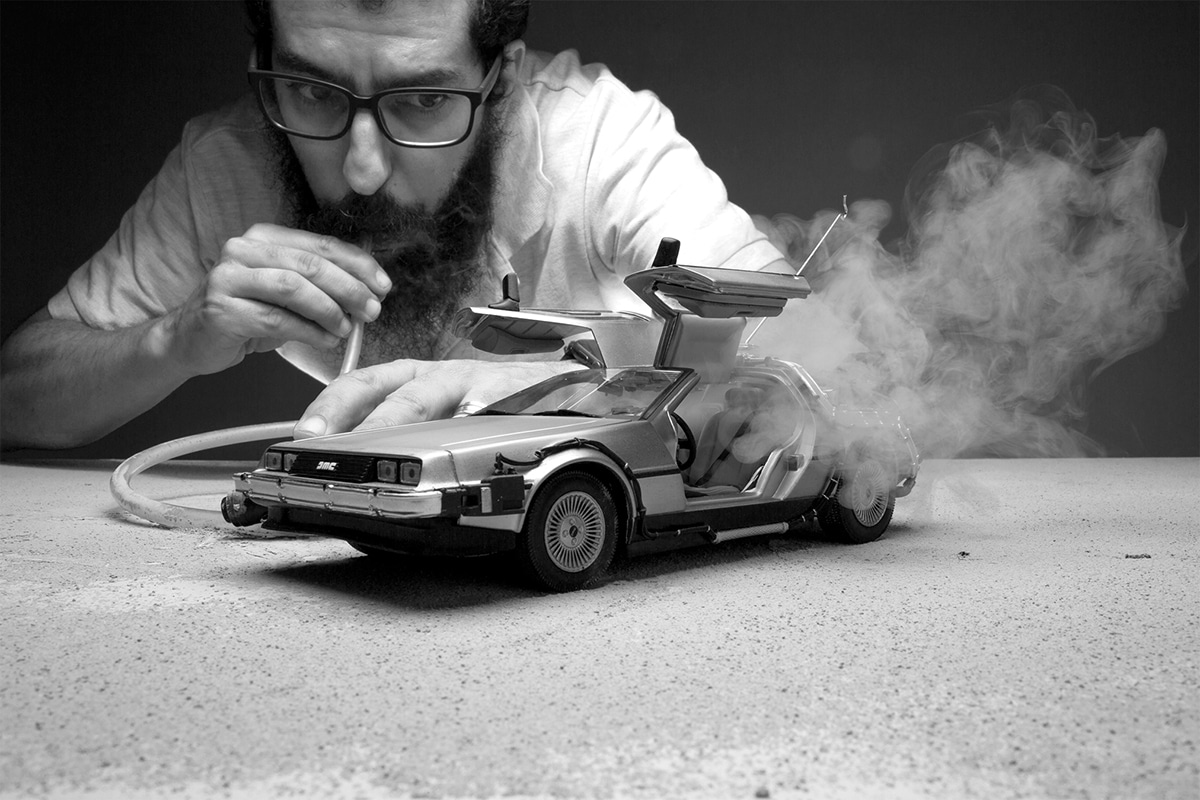 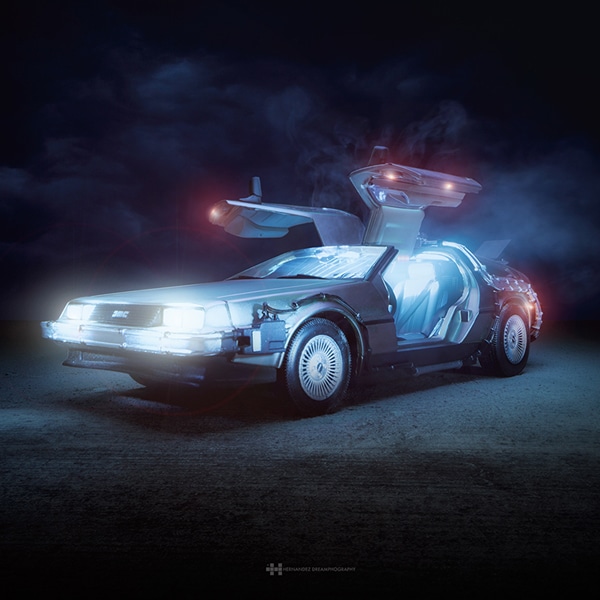 Using smoke, fire, and light painting, Hernandez produced a number of effects in camera. Then, he took the shots into Photoshop and edited them into the otherworldly scenes you see here. 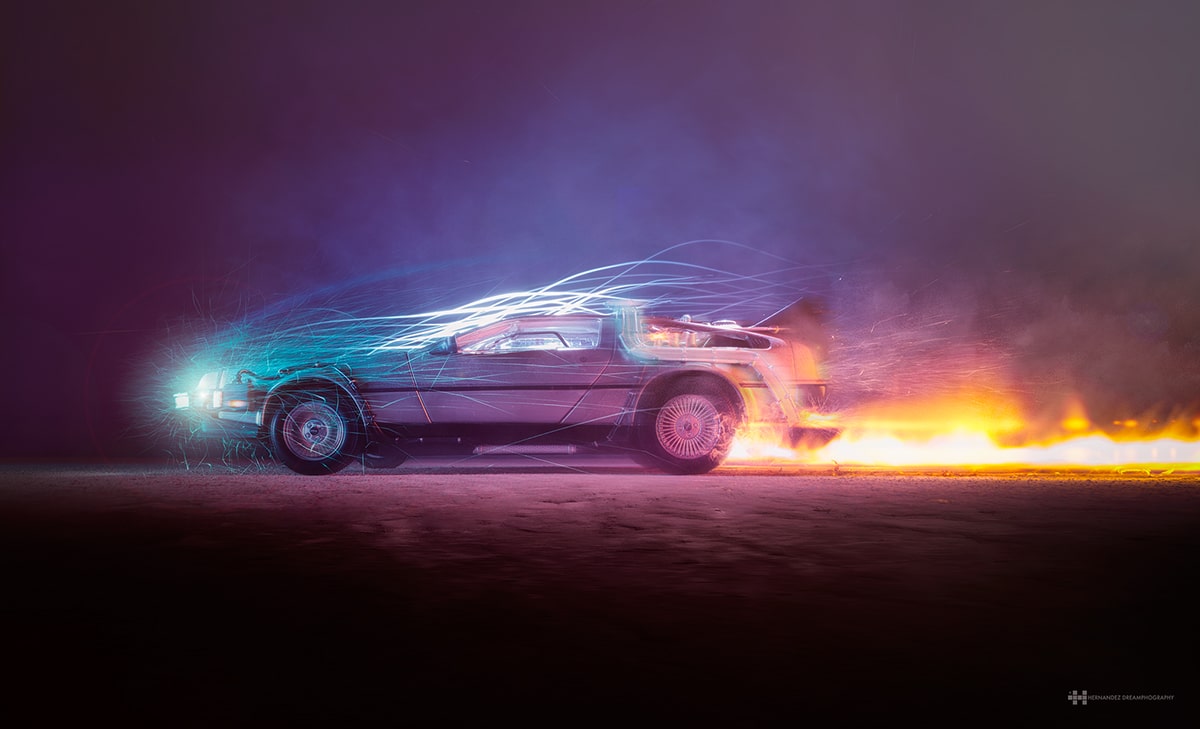 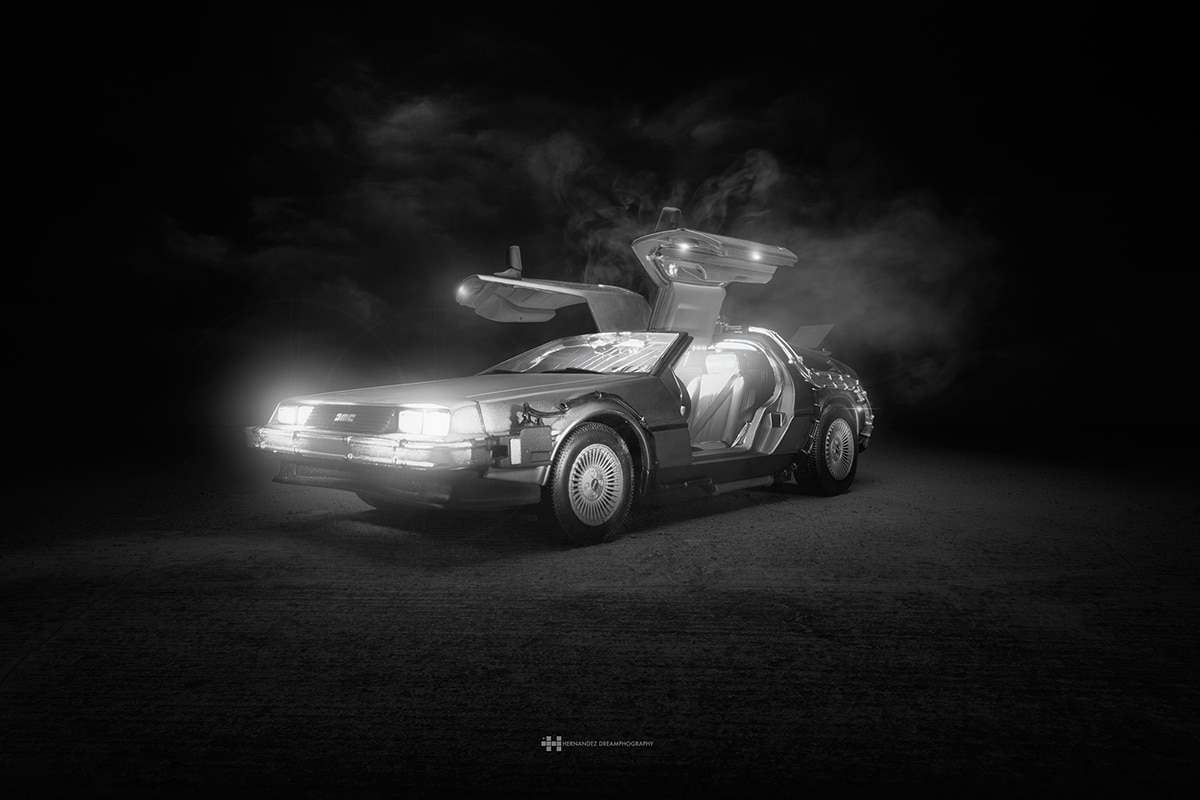 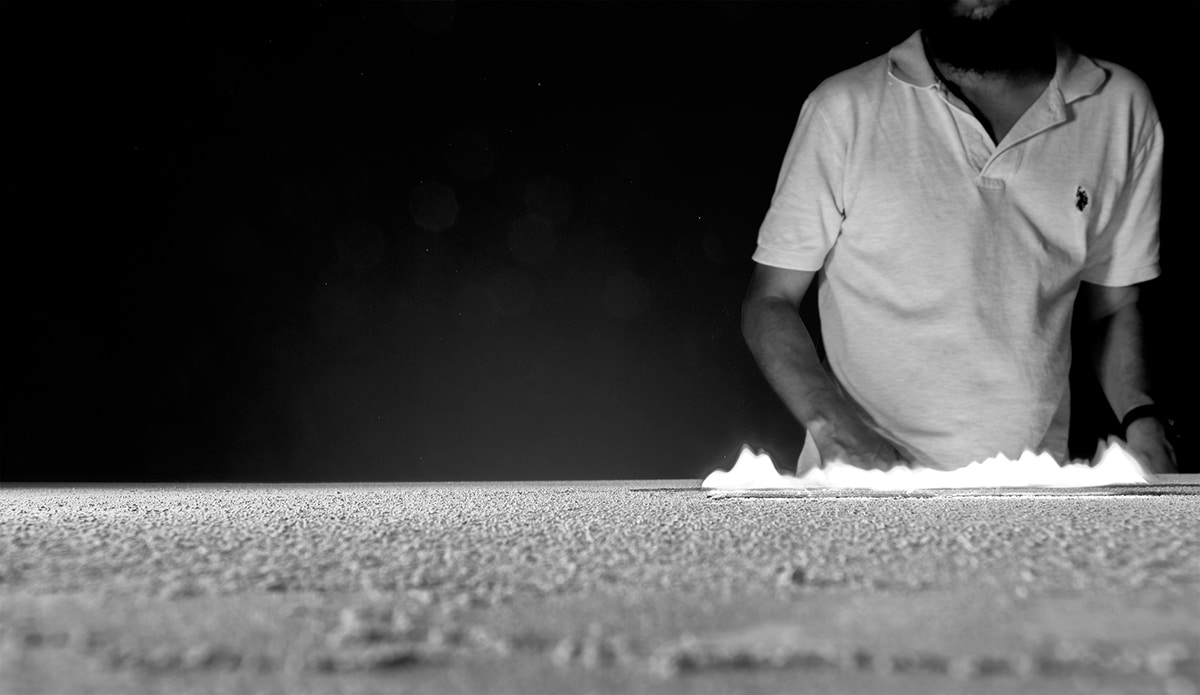 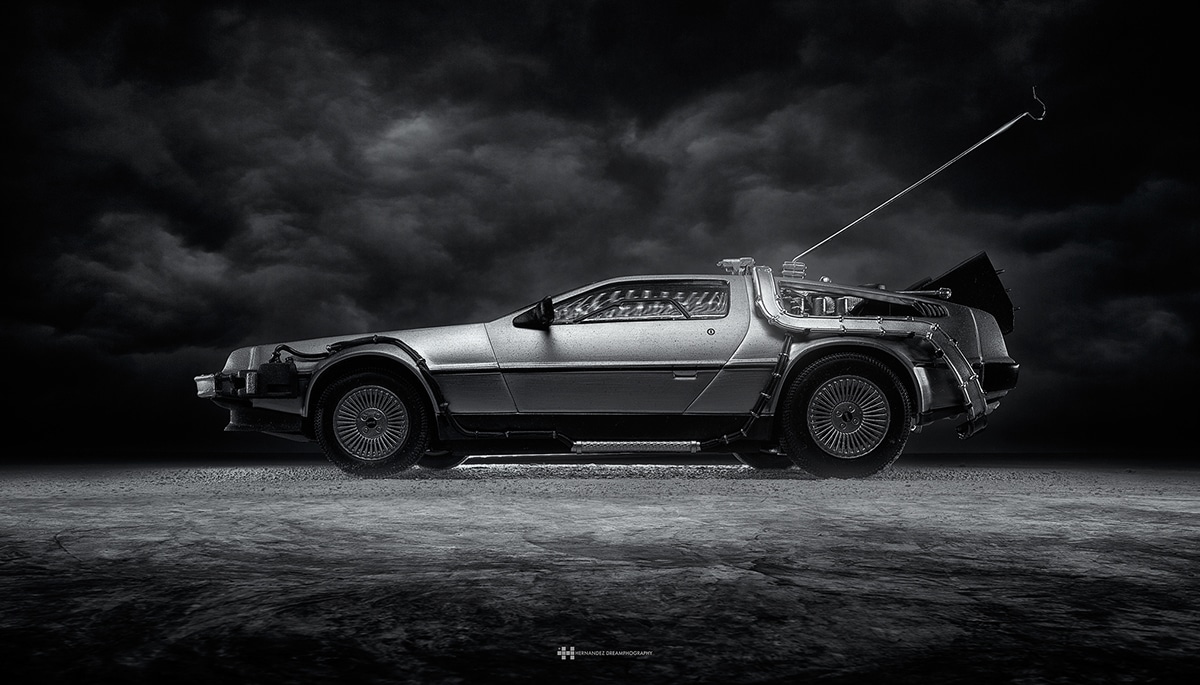 Watch Hernandez in action through this behind-the-scenes video:

My Modern Met granted permission to use photos by Felix Hernandez Dreamphography.