Citrus Sculpture Festival Inspired by 20,000 Leagues under the Sea 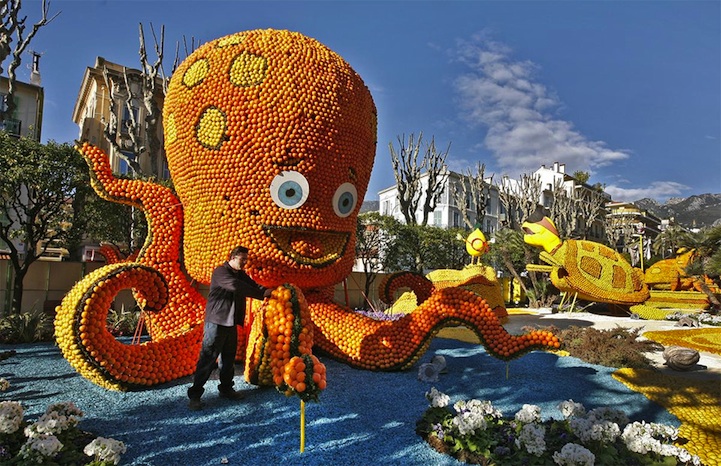 Imagine how wonderful it must smell! Menton, France's annual Lemon Festival (or Fete du Citron) is now underway where giant sculptures are created with thousands of oranges and lemons, carefully fixed one by one by hand onto wire frames. It's the 81st edition of the festival and it brings together thousands of spectators who come to admire the giant statues and figurines all adorned with citrus fruit. Every year, it takes thousands of hours to create these amazing sculptures, with the brightly colored fruits placed one at a time. This exhibition required more than 300 professionals and 145 tons of citrus fruit.

This year's theme was inspired by Jules Verne's 20,000 Leagues under the Sea, the classic science fiction novel published in 1870 that tells the story of French naturalist Dr. Aronnax who embarks on an expedition to hunt down a sea monster, only to discover instead the Nautilus, a remarkable submarine built by Captain Nemo.

The festival, which runs from February 16 till March 5, promises its visitors wonderful encounters with Captain Nemo's famous submarine as well as turtles, crabs and other sea life. Of course, there's also a giant whale! 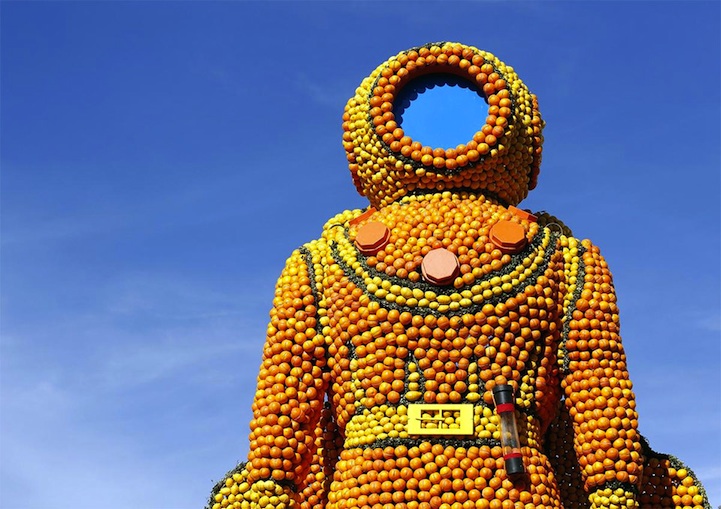 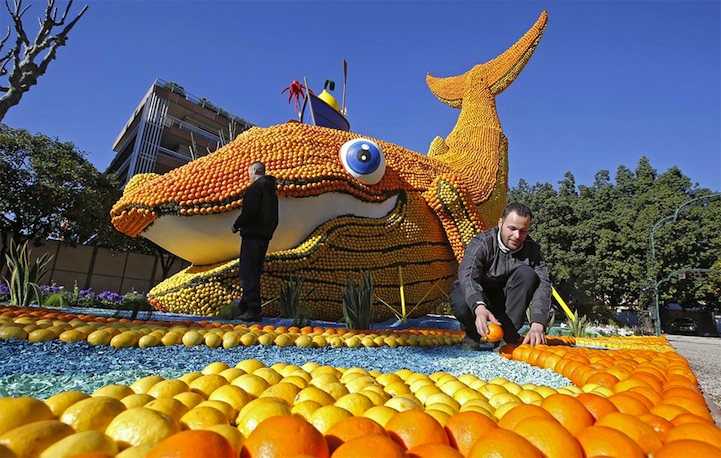 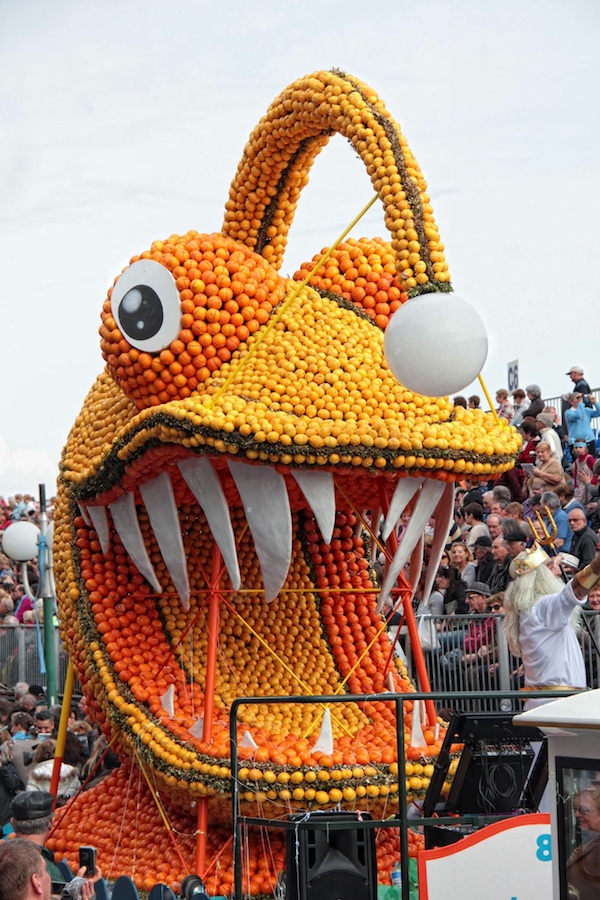 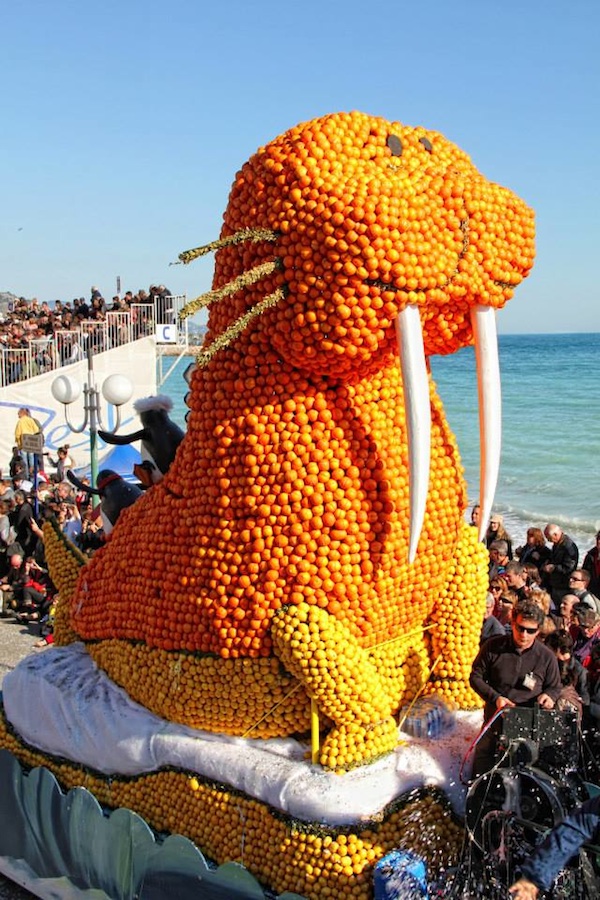 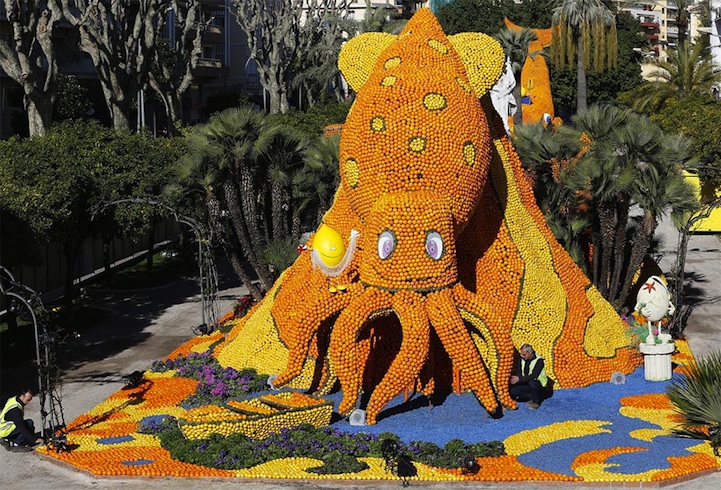 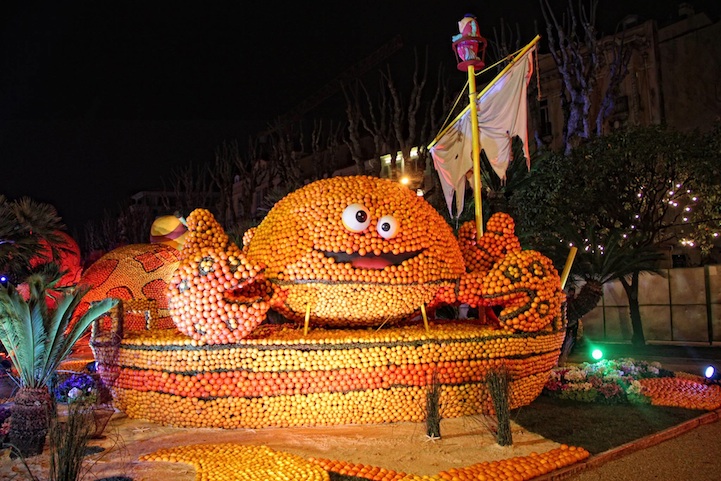 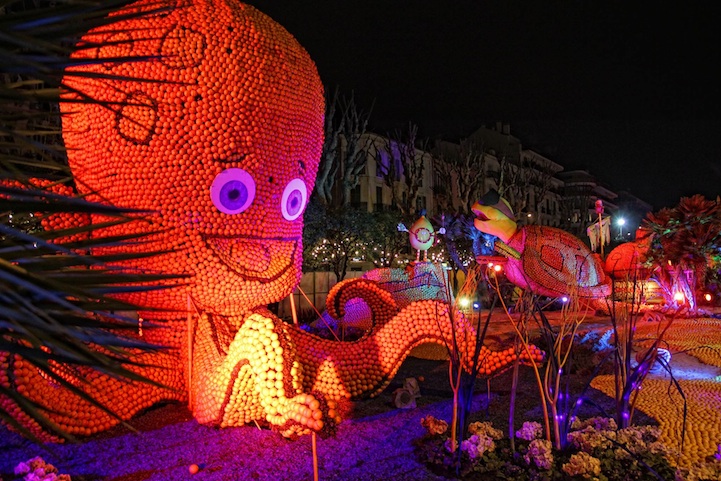 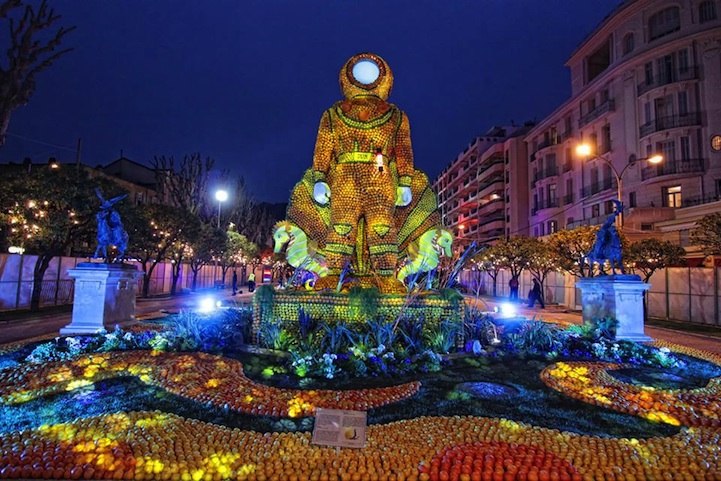 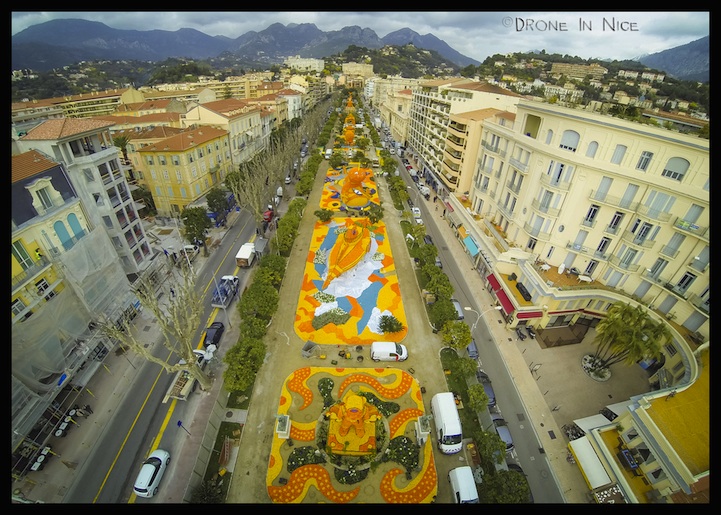