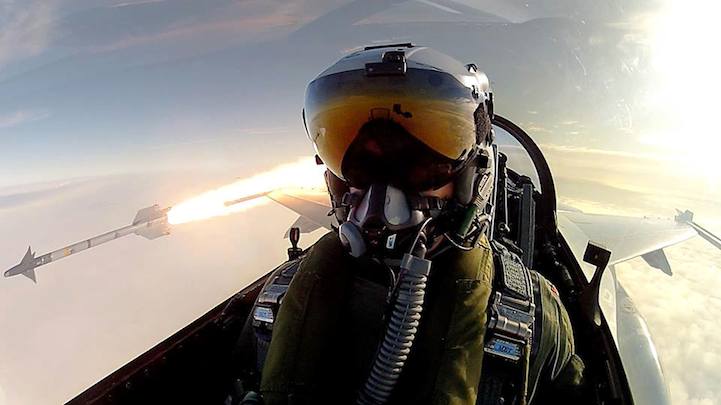 The Royal Danish Air Force recently released what is undoubtedly one of the ultimate selfies–the photo (taken during a training session) shows an F-16 pilot wearing a helmet and looking straight ahead, cool as can be, while an AIM-L9/M missile takes off on the aircraft's right side with a spurt of flames. To see the launch in action, check out the video of the flight here.

According to David Cenciotti of of The Aviationist, selfies are “a must” for fighter pilots, who frequently take them in all sorts of flight conditions, but “selfies taken while launching missiles are much more rare just because firing activities involving the launch of an air-to-air missile don't take place too often.” Although rare, this occurrence has been documented at least one other time: in 2013, the US Marine Corps released an epic photo (below) depicting Capt. Christopher Prout firing an AIM-7 Sparrow missile from his aircraft. 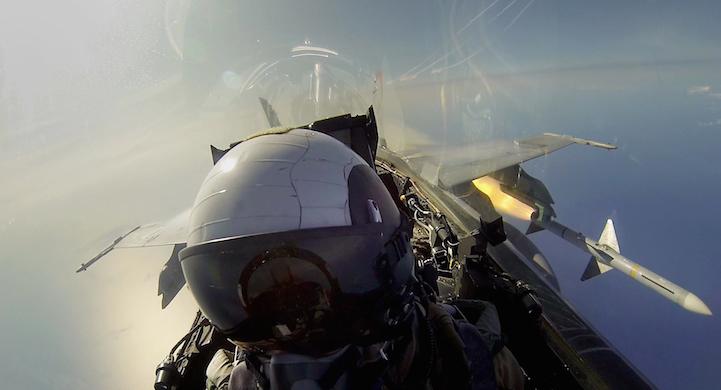 Image credits: RDAF and US Marine Corps
via [PetaPixel]