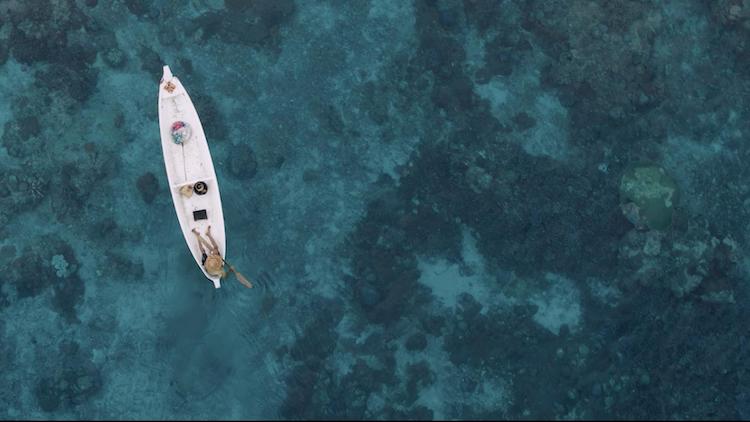 By looking at Wayan Nyo’s eyes and the wrinkles in his face, you can tell almost immediately that he has an interesting story to share. He is a 90-year-old fisherman who lives in Indonesia and is part of a beautiful culture that is extremely passionate about protecting the ocean.

Throughout his childhood and the decades that followed, Nyo spent his most of his life on the waters. Each day, he would gather his nets and mesh sacks to set his small boat on the coast of Bali. There he would listen to the waves, read the weather, track fish, and learn the rhythm of the ocean currents. The turquoise waters used to be a prime location for fishing; however, for the past 21 years, the fisherman has devoted his life to collecting what feels like a never-ending amount of plastic pollution from the ocean.

San Francisco-based director Dana Frankoff decided to document Nyo's cause in a short film titled Voice Above Water. The documentary gives voice to the story of how one human is using his resources to make a difference. The film depicts the journey of one man who turned his trade of fishing into one of cleaning the ocean so that future generations to come will once again be able to fish and feed their families and community.

The short yet powerful film has won a comprehensive list of several awards so far, including the recent First Time Film at the 2021 International Ocean Film Festival and Best Short Documentary at the 2021 San Luis Obispo Film Festival. Frankoff, who is just as passionate about marine conservation and promoting sustainable changes in the world, says that Wayan’s story is a “reminder that if we all play our part we can accomplish something much greater than ourselves.” The fisherman and his commitment to combating water pollution in Indonesia is undoubtedly inspiring.

Watch the trailer for Voice Above Water, a short documentary about a 90-year-old man who turned his trade of fishing into one of cleaning up ocean pollution.

All images via Mountain Film.