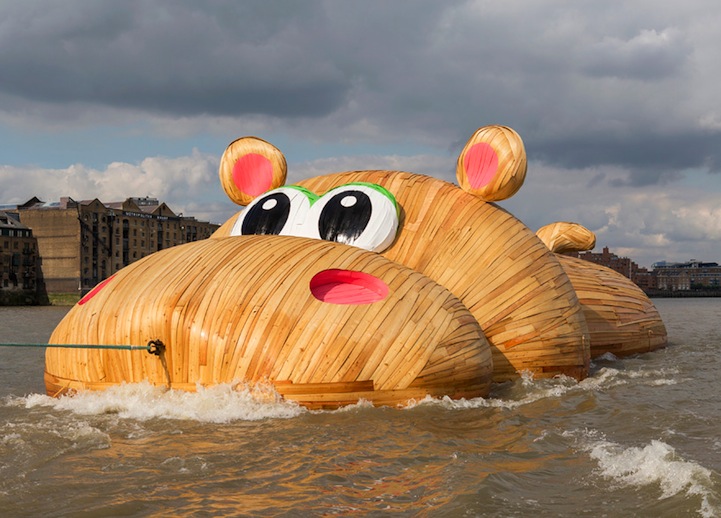 As part of Totally Thames, Dutch artist Florentijn Hofman recently installed a giant hippopotamus sculpture in the Thames river. The 70-foot-long wooden creature, playfully titled HipppoThames, was constructed over a small ship so that it would appear half-submerged in the water. Big googly eyes and hot pink nostrils make this giant animal look like a lot of fun. According to the artist, the piece was inspired by the hippos who used to inhabit the river during prehistoric times.

The conspicuous project is a continuation of the artist's signature style of creating massively unexpected sculptures inspired by everyday things, including Giant Slugs, a Rubber Duck, and a Sunbathing Hare. “The purpose of setting my sculptures in the public domain has always been to give members of the public a break from their daily routines, to inspire conversation and to cause astonishment,” explains Hofman.

HipppoThames will remain afloat at Nine Elms on the South Bank in central London through September 28, 2014. 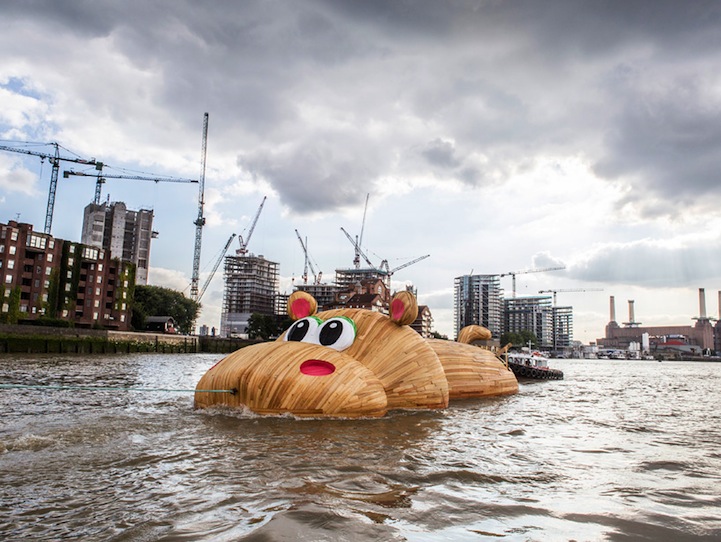 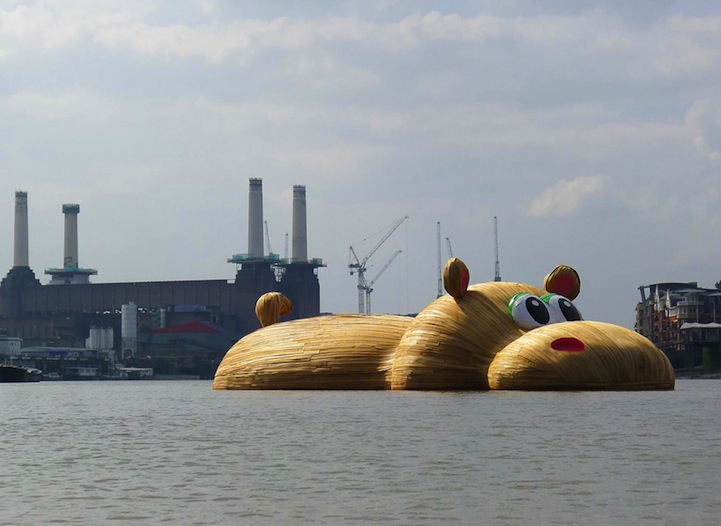 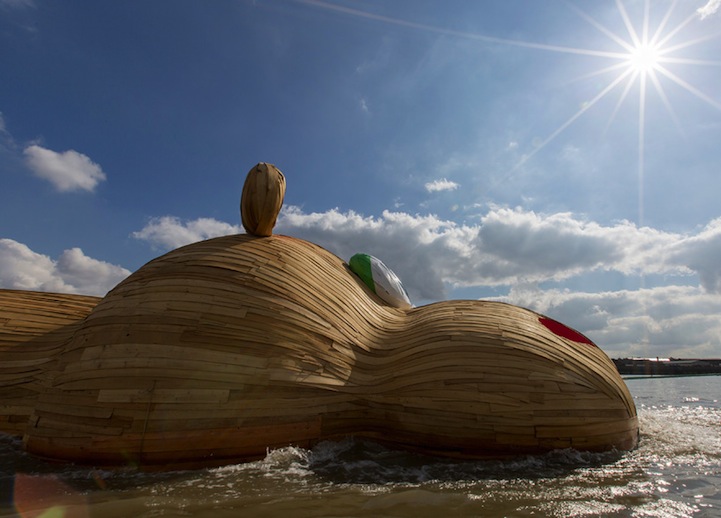 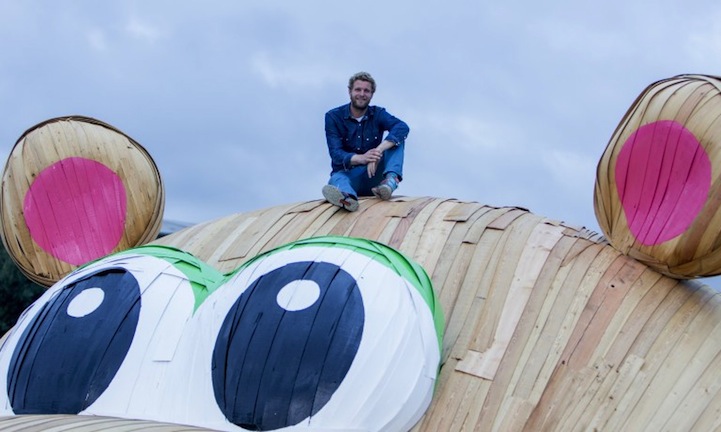 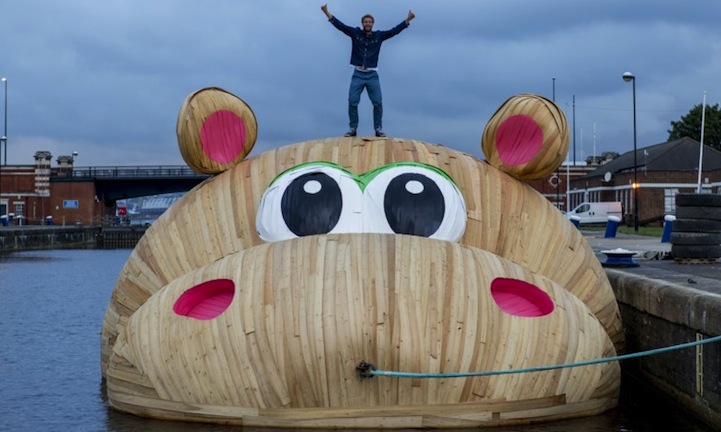