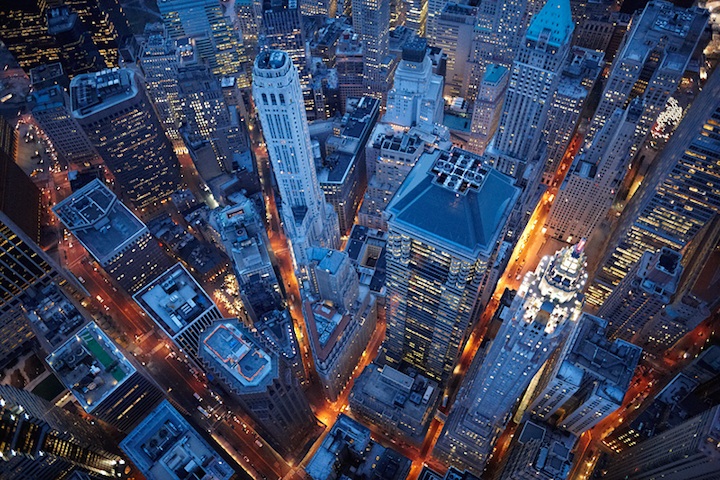 Photographer Cameron Davidson has traveled to almost every state in America but he doesn't spend a lot of time on the ground. As an aerial photographer, his job is to see life from up above, or usually between 300 to 800 feet in the air. He's even flown as high as 12,000 feet in an Enstrom helicopter to shoot a sunrise over the Mississippi River in Tennessee. “Most of the time I shoot below a thousand feet,” he says. “In most major North American cities there is a haze layer at 800 feet and it makes my job easier if I stay below the pollution.”

Here he takes us on a wonderful journey, over some of the most spectacular cities in the US. Davidson was not just kind enough to send us these photos, he was also gracious enough to answer our interview questions, below. 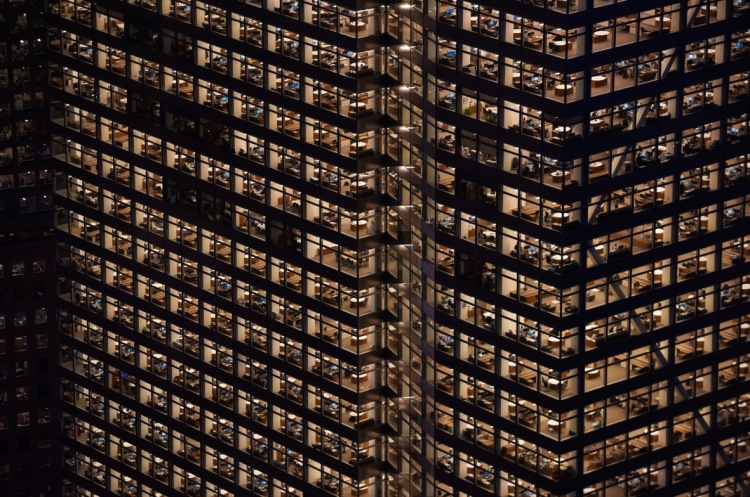 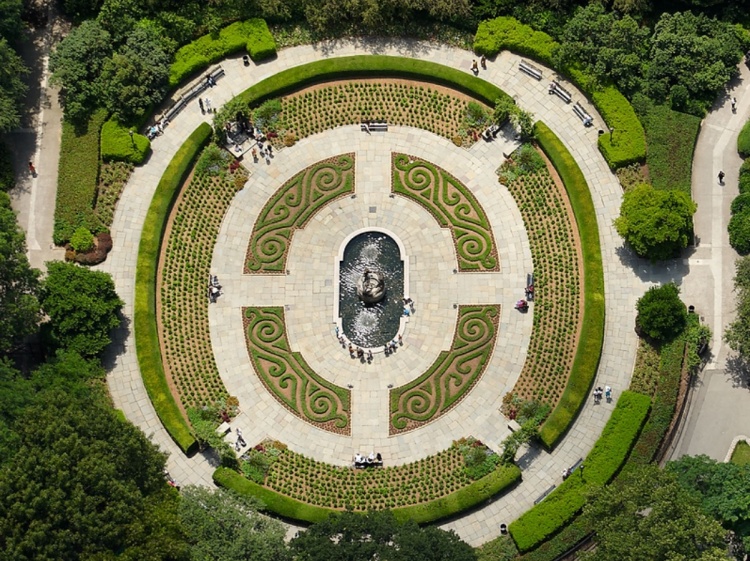 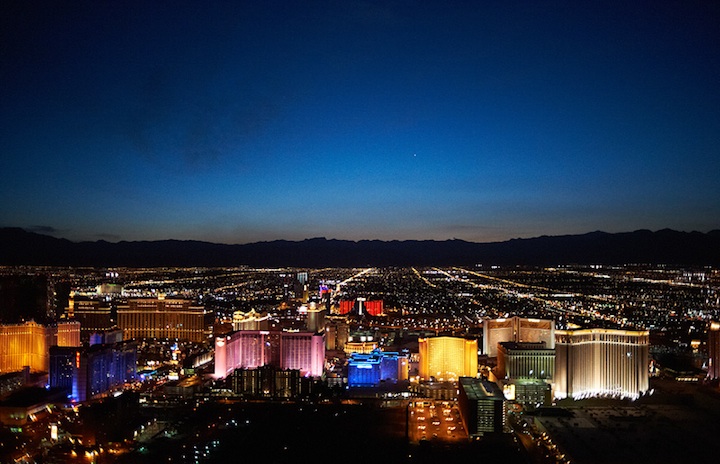 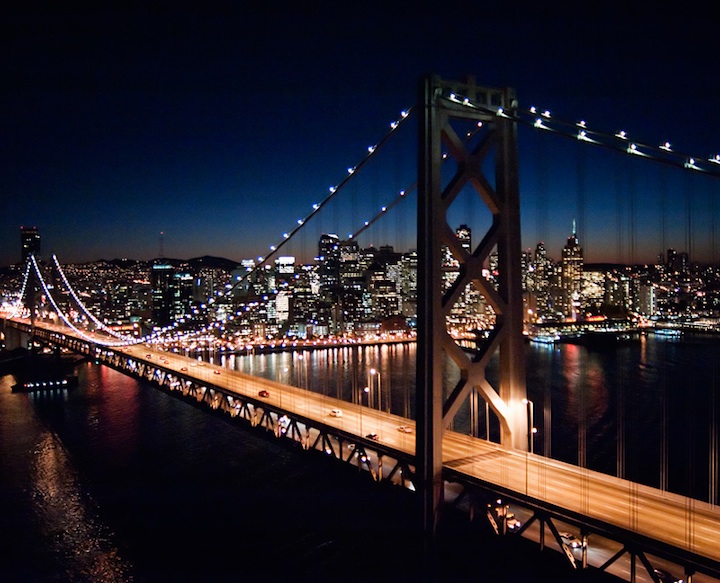 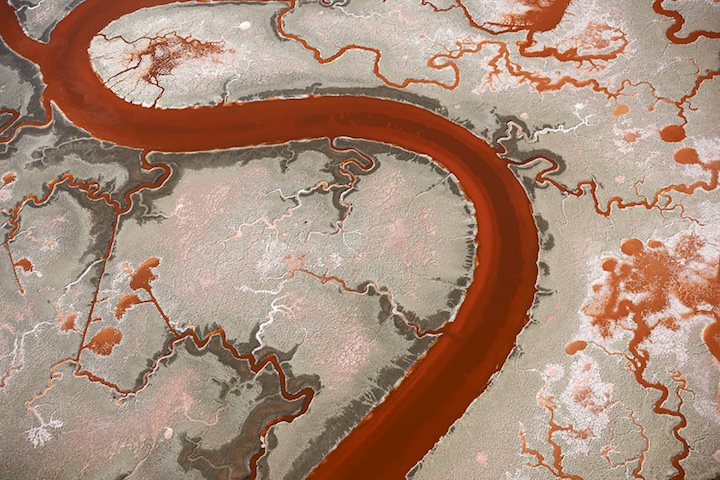 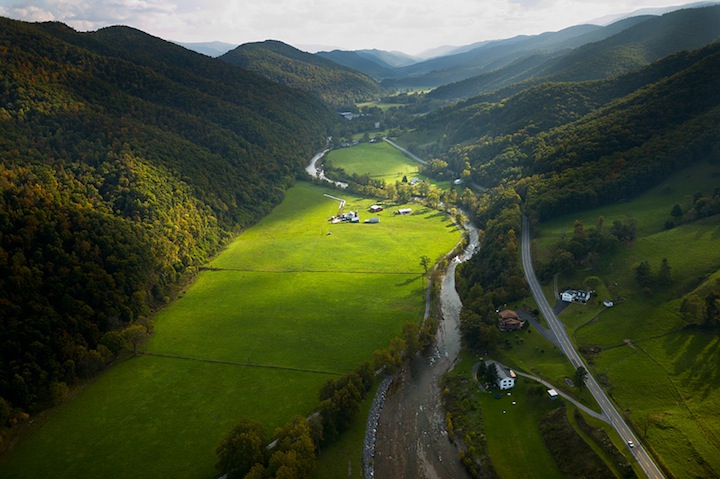 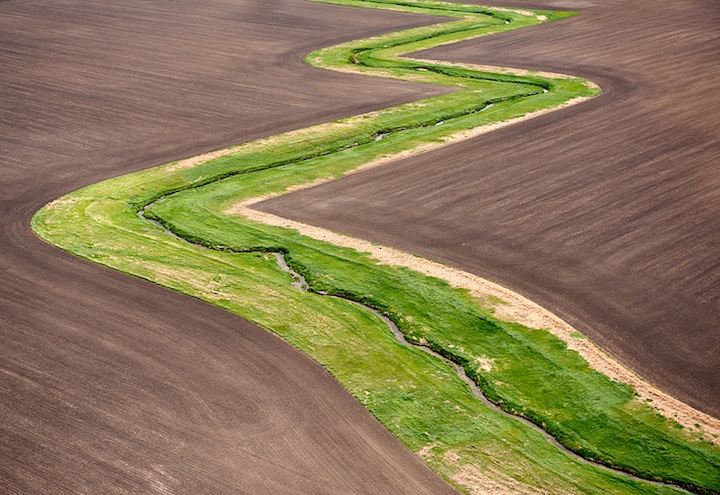 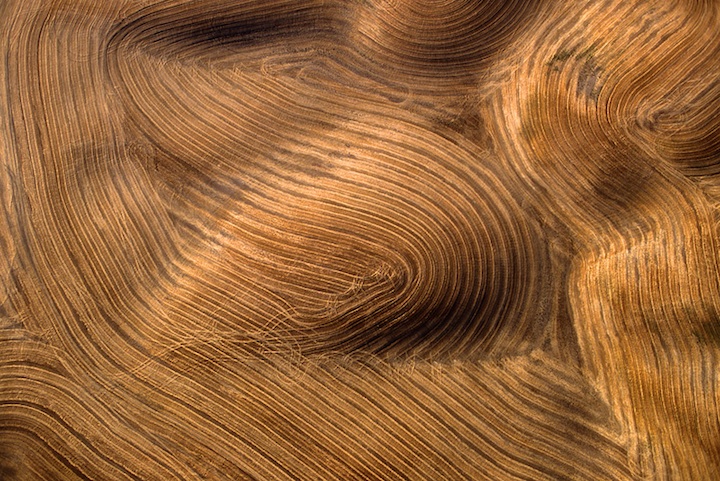 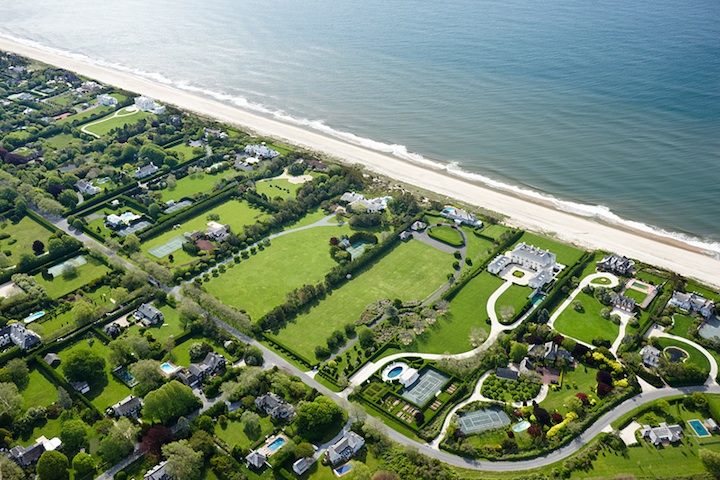 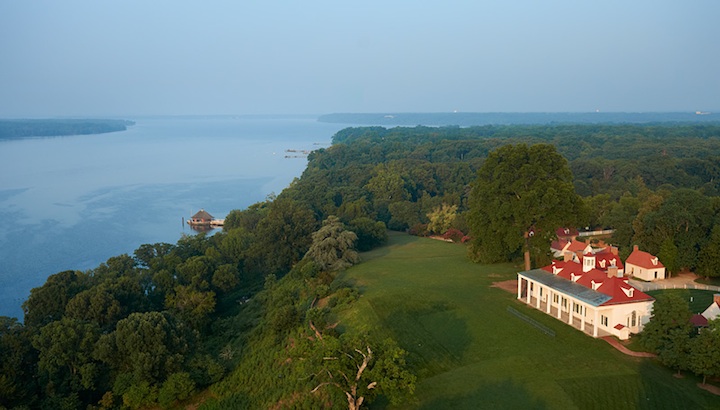 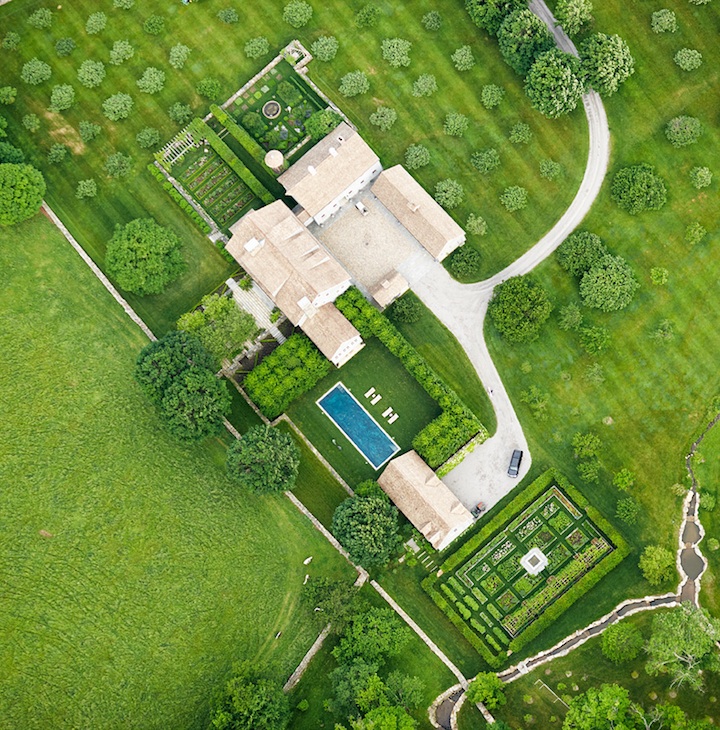 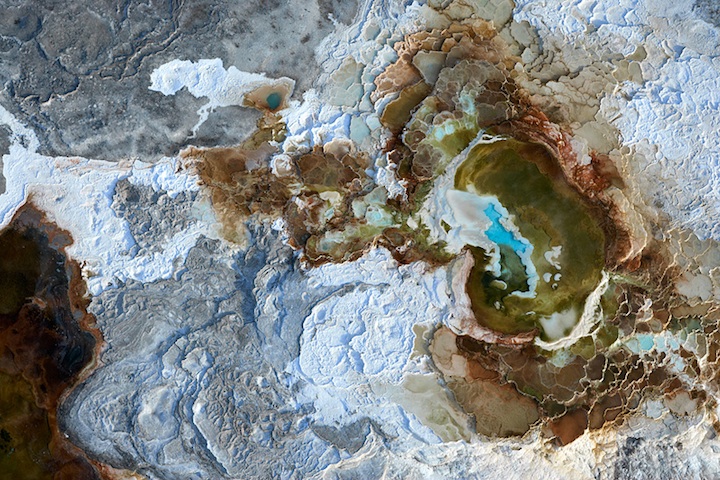 How and why did you get into aerial photography?
In 1980 I was shooting a story for National Geographic on Great Blue Herons in Southern Maryland and I spotted a yellow Piper Cub airplane sitting on a grass runway. I asked the owner if her would take me up so that I could photograph the surrounding marsh. He charged me $15 for fuel and I was hooked. My mother was the first female helicopter traffic reporter in the United Sates, so I had an early exposure to helicopters. After the Geographic assignment, I found myself drawn more and more to aerials. Now, it is about fifty percent of what I shoot along with people on location.

What's the greatest challenge from shooting up in the sky?
I would have to break it down into several parts. Finding the right pilot and aircraft is first, then making sure the weather is right, followed by knowing what you want to shoot and how the light will look on the subject. The right light may be fleeting and you have to know how and when to take advantage of it and be able to work with your pilot as a team to make sure it happens.

Then there is your kit. Using a gyro, in my opinion, is essential. Knowing how low and how to fly to convey the message you want is important – being a pilot helps because you understand the limits of certain airspace and what may be required to shoot within those spaces or restricted zones. Finally, your gear has to be secure. You must ether you camera bag into the helicopter and make sure nothing can fly out, because if it does and it hits the tail rotor you are in a serious world of hurt.

What do you shoot with?
Currently a Nikon D3X with the 24-70, 70-200 VRII, the 28mm F/2, 50mm f/1.4 and the 85mm f/1.4. I also use a Nikon D3s plus occasionally a Hasselblad H1 with my Leaf Aptus 75 back or my Alpa 12 technical camera with the same back. I also still shoot film with my Fuji 6×8 rangefinder – they are nicknamed “Texas Leicas” because of their size. Fuji made three versions of the camera 6×7 and 6×9 for worldwide sale and the 6×8 for the Japanese market. My Ken-Lab gyroscopes are essential for aerials. I own two – a KS-6 and a KS-8. They are both monsters in size and part of the secret sauce for being able to shoot low-light aerials from a helicopter.

The other art of the equipment equation is the types of helicopters I charter and the pilots that I partner with for shoots. I primarily shoot from turbine powered helicopters and favor the MD 500, AStar B3 or the trusty Bell Jet Ranger. I also shoot from the Robinson R-44 a fair amount. Choosing a pilot who knows how to fly for the camera, rather than traditional charter work is critical. The skill set needed for aerial film or stills is very different than charter work. I am also a pilot so it helps that we are speaking the same language.

What are some lessons you've learned about life from shooting high above?
That life is short and we live on an incredibly beautiful planet that is scarred. Everywhere I shoot, I see new and compelling landscapes that draw my attention. The interaction of man and land can be incredibly striking from the air. I recently shot in Africa for an editorial story and photograph landscapes that were originally cultivated several thousand years ago. Even though those fields were no longer in use, the marks of man were still upon them.

I've shot some horrific natural disasters over the years such as the aftermath of Hurricane Andrew, the Great Mississippi River flood, wildfires in the American West and last year, the destruction of Port au Prince, Haiti by the January 12th earthquake. When you see the widespread damage from natural events such as flood, hurricanes and earthquakes you realize that we live on a fragile planet and that life is a gift. I know it is, sometimes it is hard to remember, but it is.

Davidson's client list includes everyone from National Geographic and the Smithsonian to Vanity Fair and American Express. He recently released a free iPad app called Aerial New York City which shows us views of New York City like we've never seen before. Check out 50+ aerial photographs taken around Central Park, the Empire State Building, the Brooklyn bridge and more.