Ready to have a light bulb that's going to be the talk of the town? Flyte is a new levitating light, by designer Simon Morris, that will make your guests do a double take. The screwless light bulb hovers in the air by magnetic levitation and is powered wirelessly through induction. There are no batteries involved and the lights are low energy LEDs. You turn Flyte on by simply touching the surface of the base. While still levitating, the light will turn on and off (due to its touch sensor).

“The Light Bulb has been considered the most important invention since man-made fire but not so much has changed in design since Edison's time 135 years ago,” states Flyte's creators. “We'd like to change this, so we've designed a new way to experience your light. One which is free from the constraints of gravity.”

The base is crafted in Sweden and is made from sustainable oak, ash or walnut. One of the coolest features is that the base also acts as a wireless charging station for your smartphone.

Interestingly, the light bulb magically rotates. How does it work? “The rotation is because there is no fixed point and almost zero friction,” the designer told us. “Like an astronaut in space that will drift.”

This project, which was in development for five years, just went live on Kickstarter. You have until May 21 to back this. The goal is $80,000. Want! 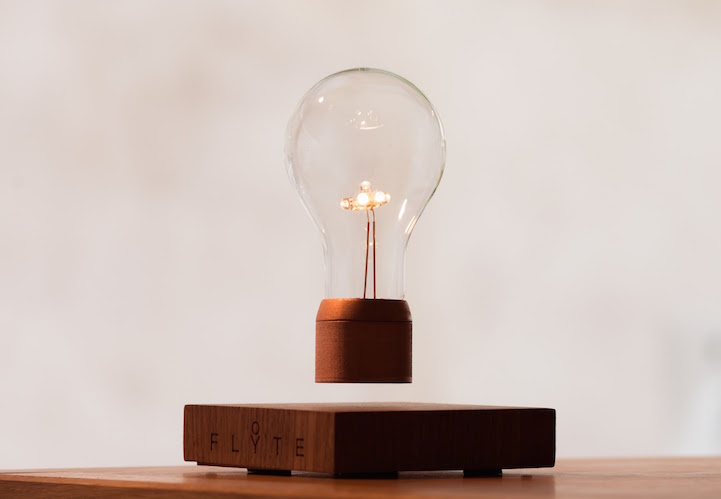 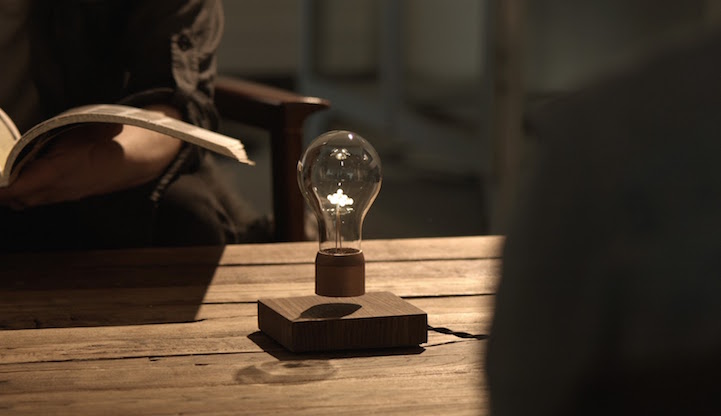 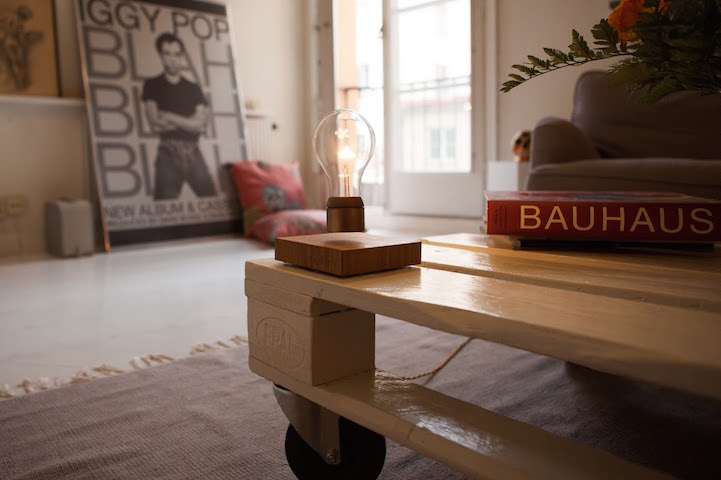 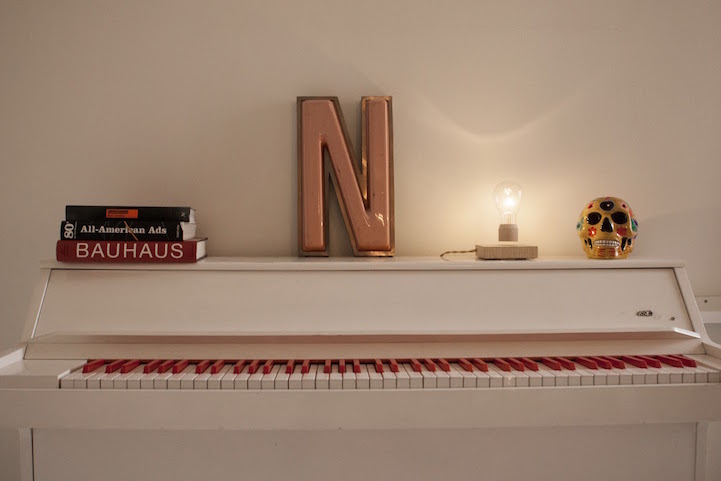 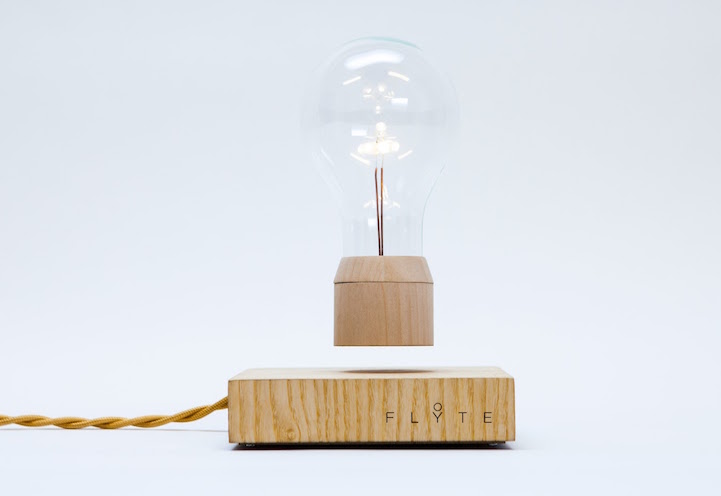 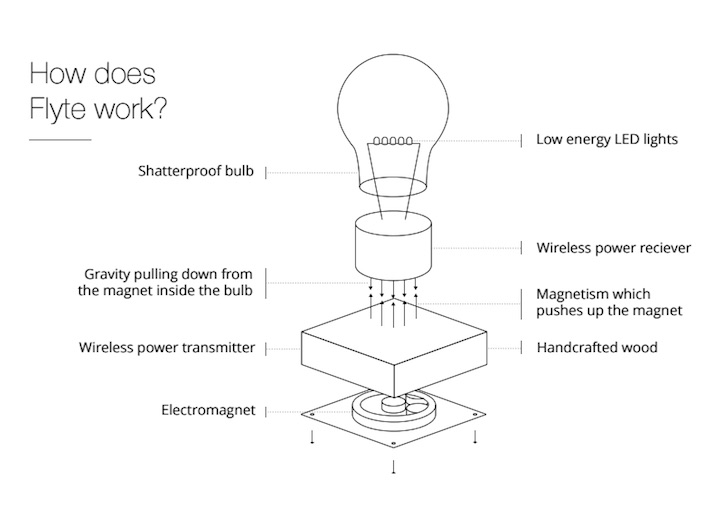