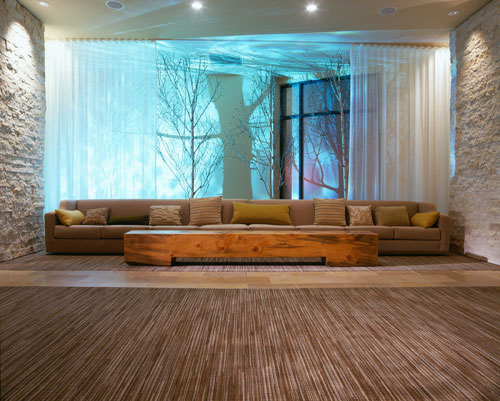 Chances are that if you're big into boutique and design hotels you know the names Starwood (parent company of the W brand), Morgans Hotel Group (Mondrian, Delano, Clift), Andre Balazs Properties (Standards, Chateau Marmont, Mercer, Raleigh), Ace Hotels and, finally, Joie de Vivre. You also know that while every boutique hotel tries to be unique, few manage to be affordable. Joie de Vivre tries to be both. With prices between the $100-$200 range, they're way more affordable than your average “experience” destination. But don't just call what CEO of Joie de Vivre Boutiqe Hotels, Chip Conley, has created an “experience.” Rather, he likes to use the words “identity refreshment.” Each hotel is designed based on five adjectives that describe their target audience. How does he come up with those five adjectives? By associating each hotel with a magazine! “We develop each hotel property around a magazine. We determine which magazines will best define the hotel, and then we come up with the five adjectives that best describe that magazine. We've found that the people who fall in love with a hotel are people who use those five adjectives to aspirationally describe themselves. The Hotel Rex, in San Francisco, is based on The New Yorker, and the adjectives are “clever, literate, artistic, worldly and sophisticated.” When you check out of the Rex you feel like we've refreshed your identity. We've created an ideal habitat for you.” Check out the full article on Chip Conley and his hotel business, here. Then, try staying at one of his properties and then try and figure out which “magazine” you've just had an identity refreshment with. http://www.jdvhotels.com/home/