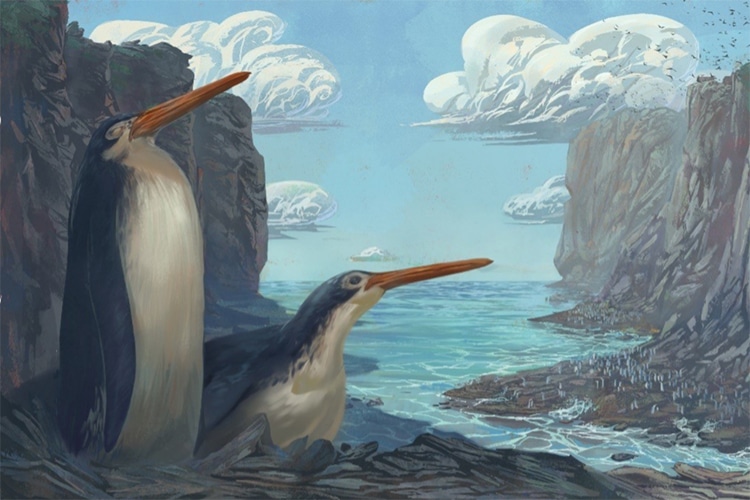 Field trips are some of the most exciting days of the school year. For a group of young adults, a field trip of their youth is now a source of excitement and pride. In 2006, the children of the Hamilton Junior Naturalist Club (JUNATS) discovered a large, well-preserved fossil of a penguin while on a field trip to Kawhia Harbour in New Zealand. Recent research published in the Journal of Vertebrate Paleontology has announced that the fossil is in fact a previously unknown ancient species of giant penguin.

The fossil was discovered by the children in 2006 on a trip looking for sea urchin fossils. The large bird skeleton was a welcome surprise—at first the children thought it was a rusted propeller jutting out of the rock. Despite the excitement of the fossil's discovery, the specimen was not researched until recently. In 2017, the JUNATS donated the fossil to the Waikato Museum where it was studied by researchers from Massey University and the Bruce Museum in Connecticut.

The team analyzed the fossil using 3-D scanning techniques to create a digital model of the penguin species (of the genus Kairuku). The fossil clearly represented a previously unknown ancient giant penguin species which lived in the region between 27.3 and 34.6 million years ago. The team named the species Kairuku waewaeroa. Waewaeroa means “long-legged” in Maori.

The name is inspired by the stature of the new species. It stood about four and a half feet tall, with longer legs than those found on other ancient penguins. “These longer legs would have made the penguin much taller than other Kairuku while it was walking on land…and may have influenced how fast it could swim or how deep it could dive,” said Dr. Daniel Thomas, a Massey University paleontologist.

Steffan Safey, who was a junior naturalist at the time of the fossil's discovery, said, “It’s sort of surreal to know that a discovery we made as kids so many years ago is contributing to academia today. And it’s a new species…Clearly the day spent cutting it out of the sandstone was well spent!” Mike Safey, president of the Hamilton Junior Naturalist Club, emphasized the true lesson to be taken from the epic field trip, noting, “There’s plenty of cool stuff out there just waiting to be discovered.”

A group of junior naturalists on a field trip in 2006 discovered a fossil of a previously unknown species of giant penguin. 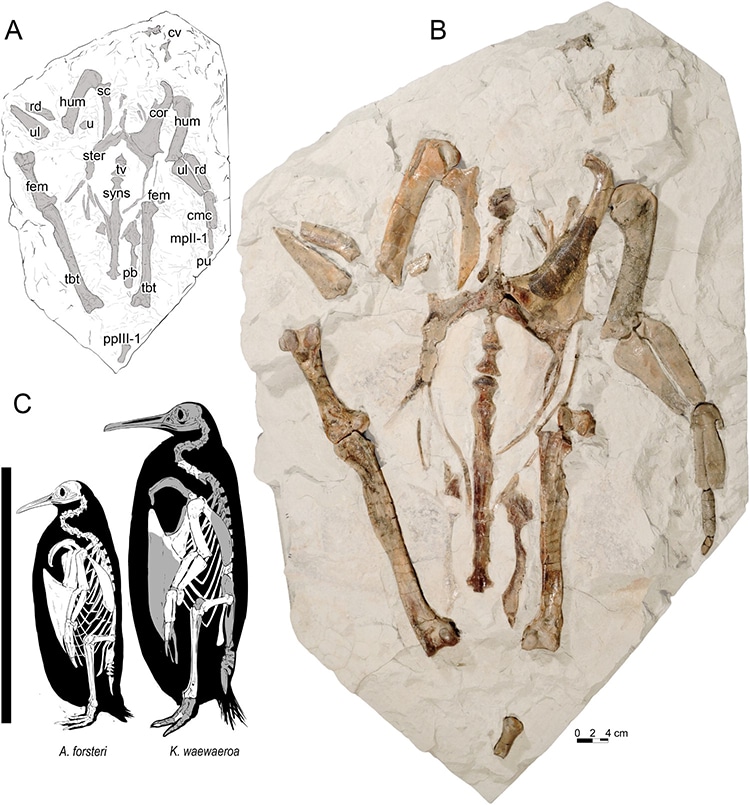