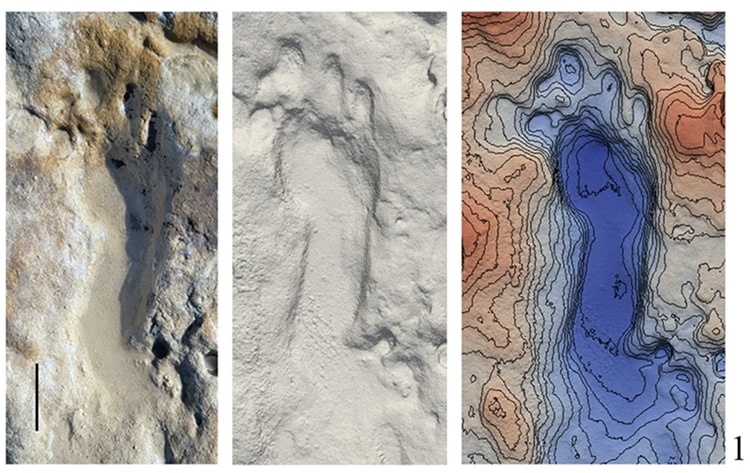 On the southern coast of Spain about 100,000 years ago, a group of Neanderthals meandered along the sandy beach. Many millennia later, the footprints the group left in the sand were discovered by a group of paleontologists examining nearby fossilized animal tracks. Preserved as imprints, the 87 Neanderthal footprints found on the beach are now thought to be the oldest Neanderthal hominid tracks in Europe.

Researchers working under Eduardo Mayoral of the University of Huelva published their paper on the footprints in Scientific Reports in March 2021. Their findings suggest the prints came from a largely juvenile group of Neanderthals. The researchers were able to identify the prints as belonging to Neanderthals based on the anatomy of the footprints as well as knowledge about the successive inhabitants of prehistoric Spain. Neanderthals populated Europe and Asia from about 40,000 to 400,000 years ago. Known by their scientific name Homo neanderthalensis, the species is the closest extinct human relative. The species and the related species Homo sapiens (modern humans) diverged sometime between 300,000 and 700,000 years ago. The two species largely lived in different areas, with Neanderthals in colder climes. They tended to be shorter and stockier than modern humans, an adaptation to the environments in which they lived and hunted large game.

Of the 87 fossilized footprints discovered, 31 are longitudinally complete and measure from 5.5 to 7.5 inches in length. The researchers used special tools to scan each of the 31 prints—precisely measuring length and depth. From this data, the team was able to estimate the heights and ages of the prehistoric individuals. They discovered that seven footprints are likely from children, 15 from adolescents, and nine from adults. The smallest prints—measuring only 5.5 inches long—are thought to have been made by a 6-year-old Neanderthal child.

The prints are a large step forward for knowledge about our ancient relatives. However, there are still many questions left to be answered. One individual roaming the coast that day left behind unnaturally large prints suggesting an individual about six feet tall. However, Neanderthals are not generally though to have reached this height. The team remarks that the prints may actually reflect a taller-than-average individual who also happened to walk aggressively. Another question relates to how many individuals left behind the prints. While 31 prints were studied, many of these may have been left by the same individual—perhaps differing in depth due to gate or surface texture. However, the authors are sure of at least three Neanderthals—a child, an adolescent, and an adult.

Found on a beach near animal tracks, the Neanderthal footprints also indicate the behavior of the group. As hunter-gatherers, the group could have been targeting the coastal wildlife or gathering shellfish. While it is unlikely they were sunning themselves as modern beach-goers do, the “chaotic” patterns of the youthful prints may suggest play. Mayoral told Live Science, the prints “could indicate an area of passage of very young individuals, as if they were playing or loitering on the shore of the nearby waterlogged area.” As more paleontological evidence emerges over the years, science makes progress towards a better understanding of our prehistoric relations.

A team of paleontologists found 87 fossilized footprints created by a group of Neanderthals about 100,000 years ago on a Spanish beach.

The team analyzed 31 prints for length and depth, from which they estimated the height and age of each individual. 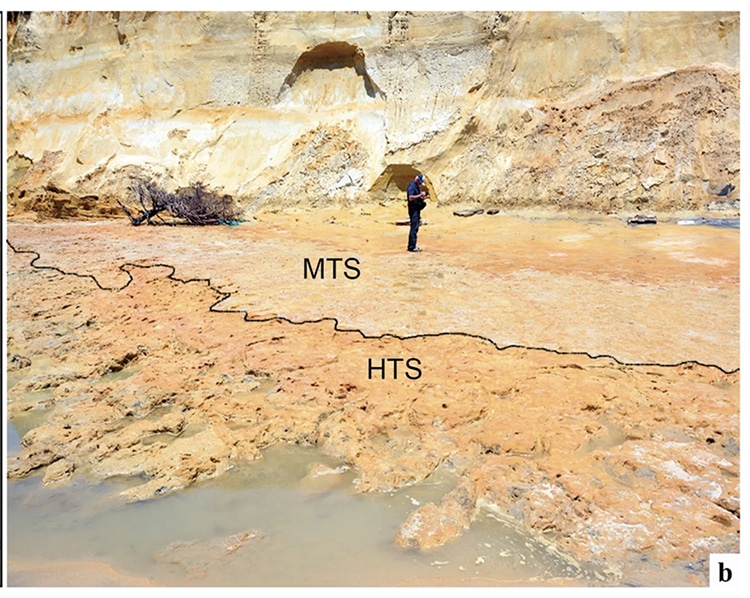 These prehistoric relations of modern humans may have been hunting or gathering, but it seems the group consisted of some adolescents and children who may also have been playing or dancing. 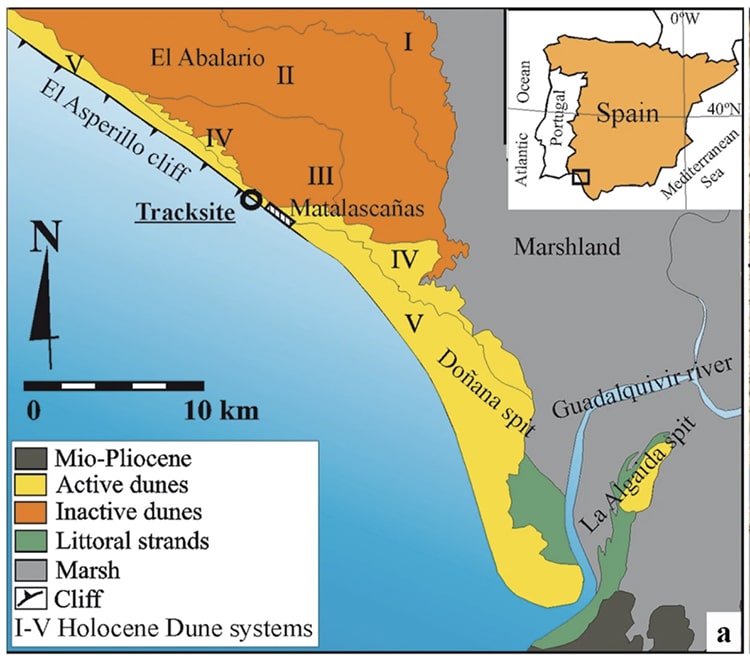