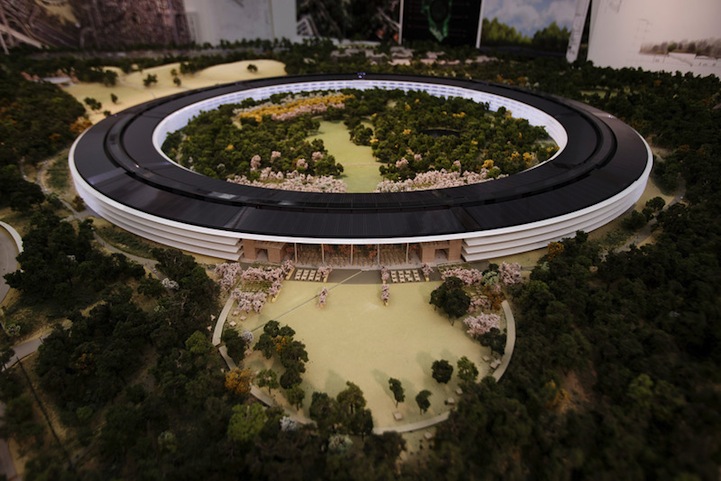 Apple's new corporate headquarters has been unanimously approved by the Cupertino council just this week with only one final vote to take place in November 2014 to solidify the plans. In the meantime, a few models of the concept have been released. The UFO-like design for the new space is set to cover 2.8 million square feet of land, boasting plenty of space for the architecture to be incorporated into the surrounding natural environment.

The proposed campus, which the late visionary Steven Jobs first introduced to the city council in mid-2011, is being led by UK-based architecture firm Foster + Partners, in collaboration with civil engineering firm Kier & Wright. Though Jobs' initial proposal offered a space that could accommodate for 6,000 employees, the project has evolved with time, now suggesting the ring-shaped offices can hold up to 14,000 people.

In addition to the office space, the innovative design includes room for a 600-seat restaurant with four-story glass sliding doors, an auditorium for unveiling new products, a fitness center, and a four-story parking garage. 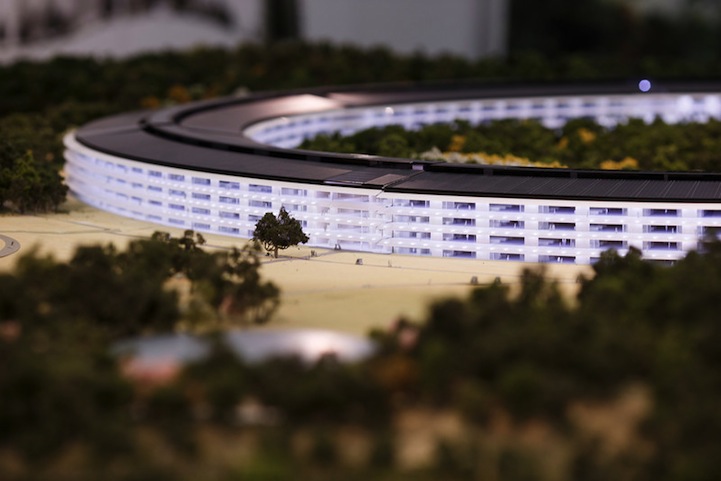 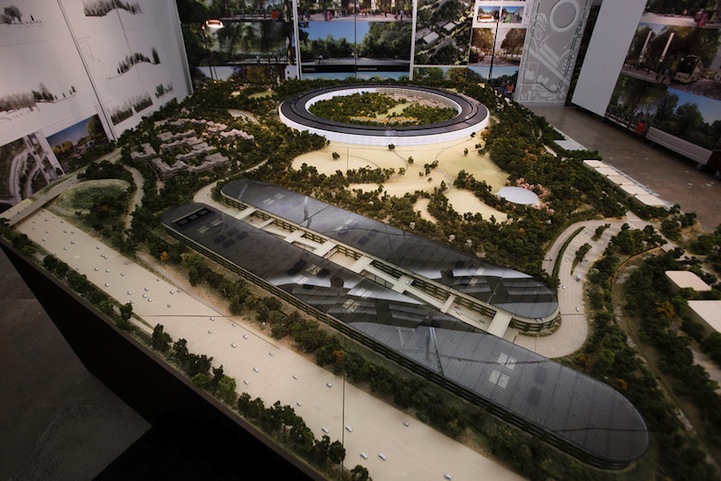 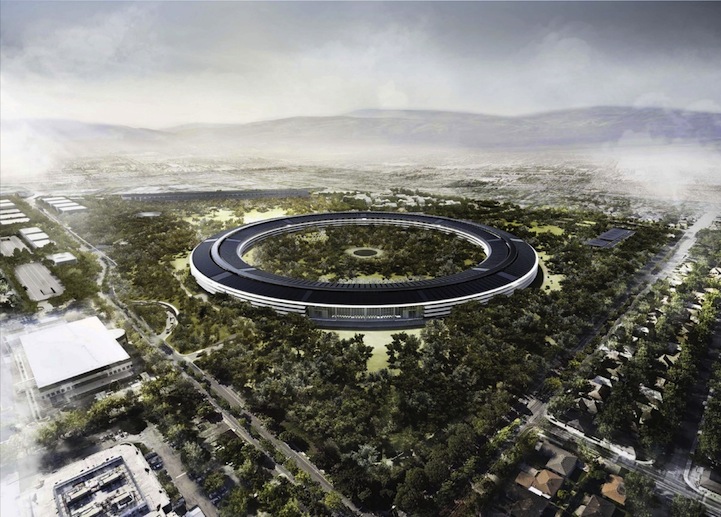 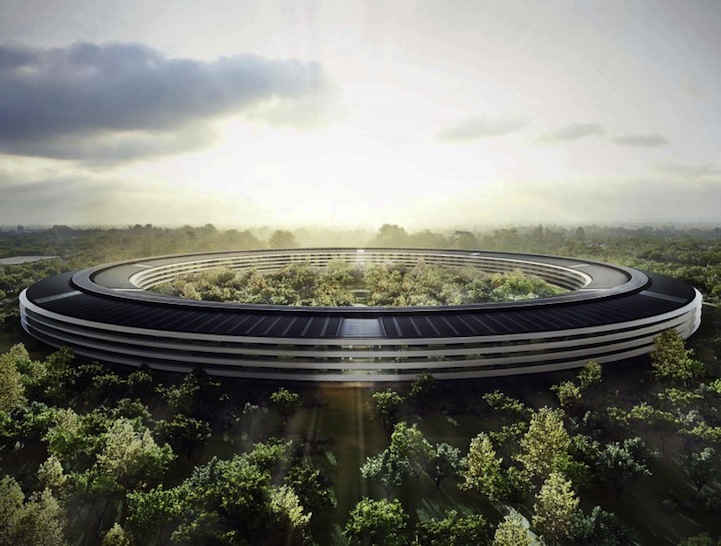