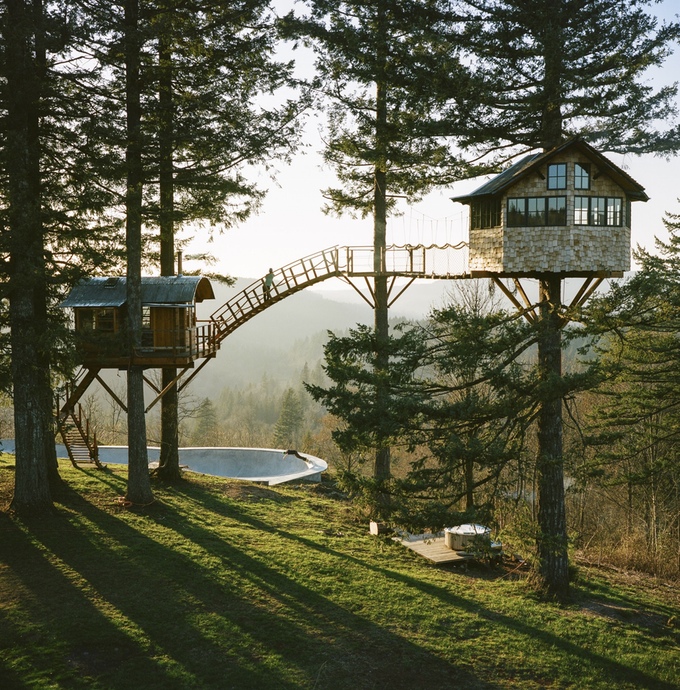 In 2011, Foster Huntington did something that many people only dream about. He quit his day job, bought a Volkswagen van, and escaped the urban jungle of New York City. Afterwards, he wandered the country and published multiple photo books, including one that's aptly-titled Home Is Where You Park It. Huntington also introduced the popular hashtag #vanlife, and he inspired countless people with his beautifully-captured adventures.

Three years of nomadic travels later, the 27-year-old decided to settle down. He and a group of friends got together and built a treehouse in western Washington near the Oregon border. It was a fitting decision for Huntington, as the location was close to Portland but still somewhat remote. “I have always loved treehouses,” he explained to Outside Magazine, “so I thought it was time to build a big-boy one. I wanted to make a place where my friends would want to come hang.”

It took a year to complete the home, which was deemed The Cinder Cone. The multilevel structure consists of two treehouses that are roughly 200 square feet each. One is used as a workshop while the other is a sleeping cabin with bunk beds. They're connected by a 25-foot-long bridge. In addition, the minimalist estate includes a soaking tub and skate bowl. It's also a place where Huntington feels inspired. “I could've bought a house,” he told The New York Times. “But this is so much better. For me, it's realizing a childhood dream.”

Huntington documented the entire process of working on The Cinder Cone, and he's publishing a book of the photos. Check out Kickstarter to get your copy. He describes it as “one part instructional book, one part photo book, and one part tiny homes book.” So, it's perfect if you're itching to build a treehouse of your own. 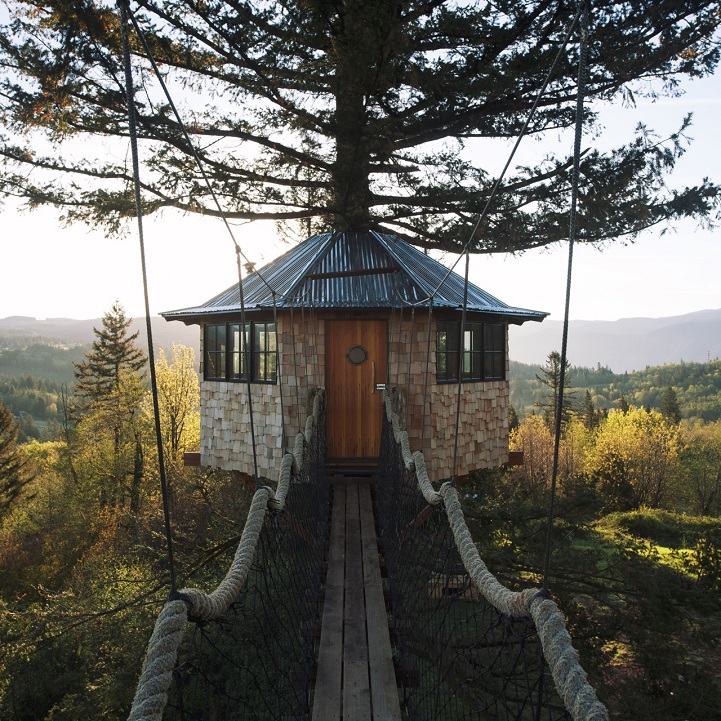 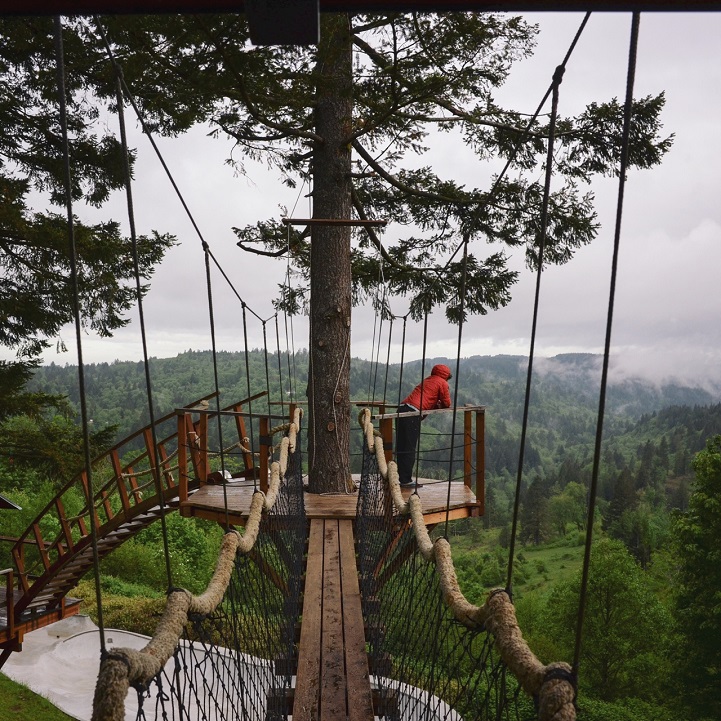 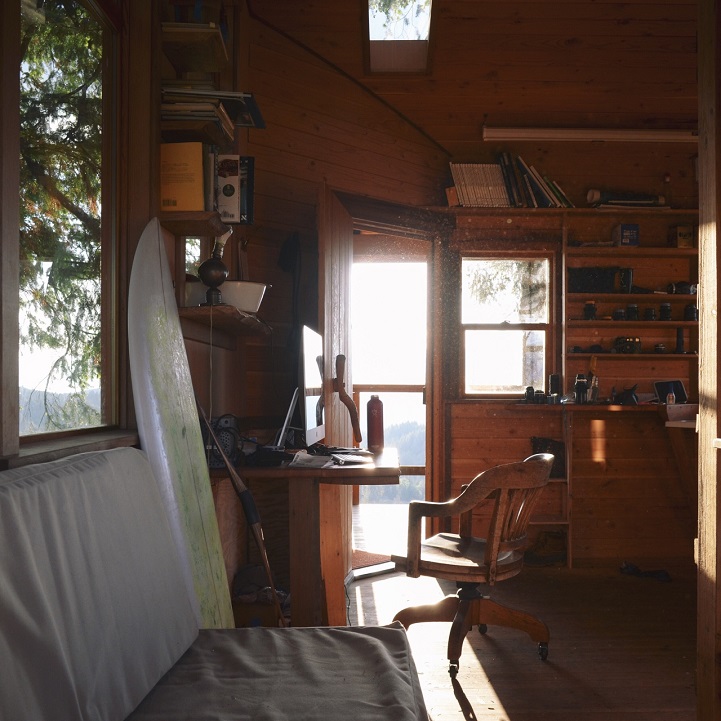 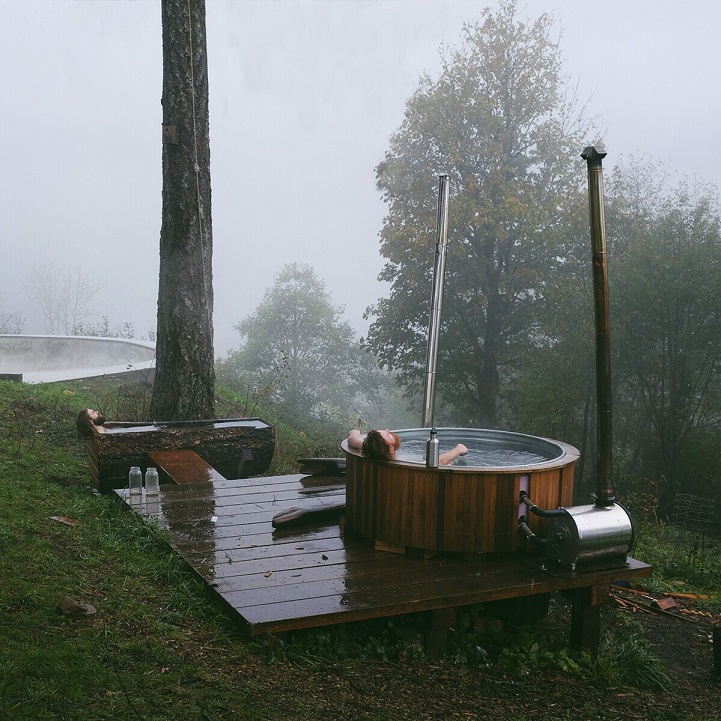 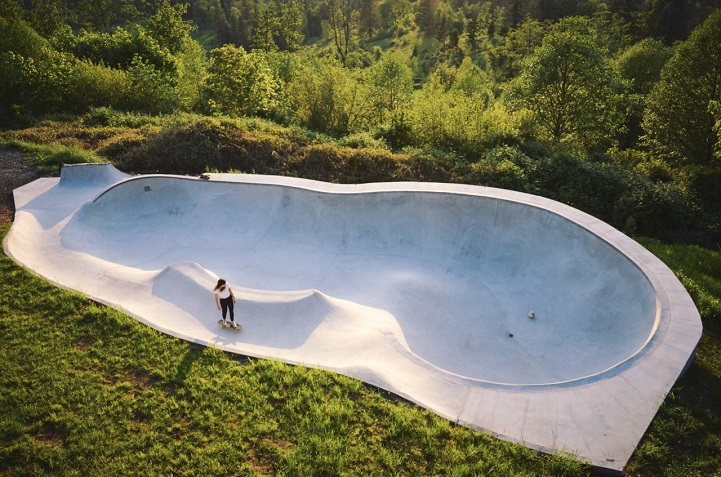 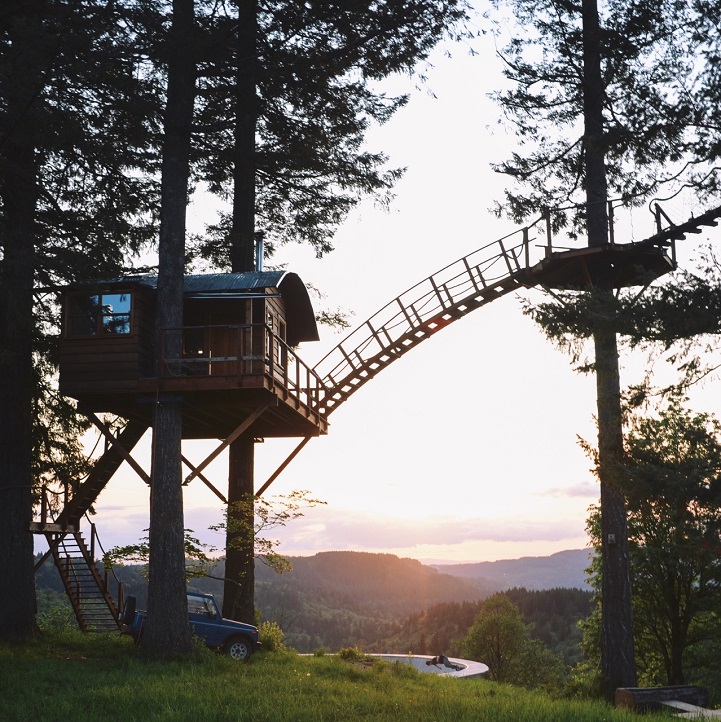 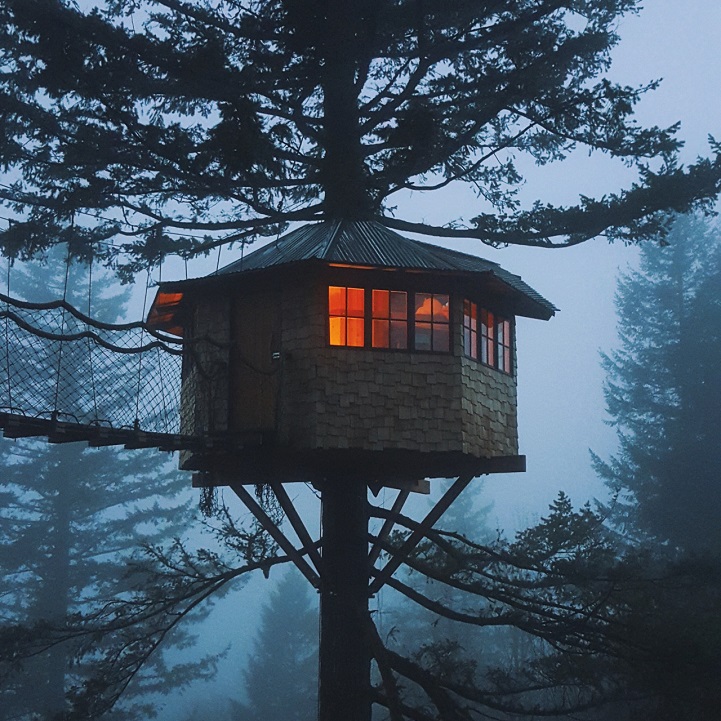 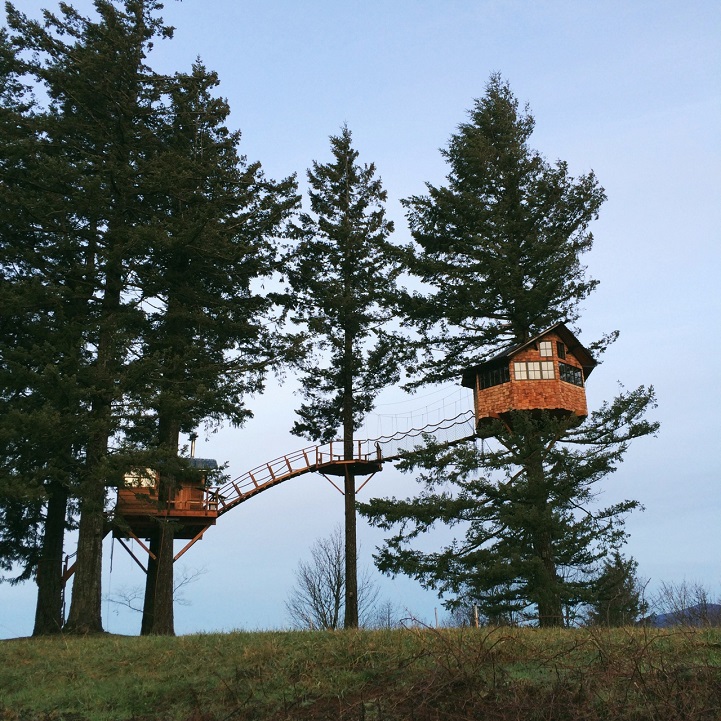