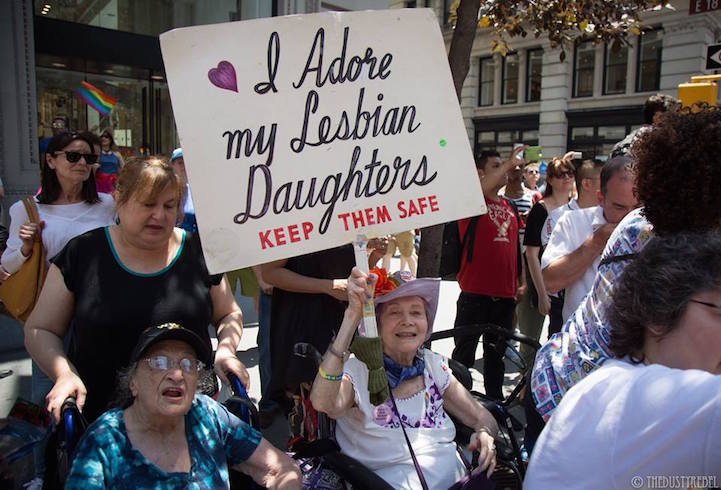 Her name is Frances Goldin and she is your new female role model. She has been attending NYC Pride for over thirty years with the same inspiring sign. “I adore my lesbian daughters. Keep them safe,” it reads. Her sign is as much of an eye-catching statement as the woman herself, who now at 92 years old, continues to stand (and sometimes sit in her wheelchair) at the same northeast corner of 18th Street and 5th Avenue—always dressed head to toe in her favorite color, purple. She hasn't missed a parade yet.

The daughters whom Goldin's sign alludes to are Reeni and Sally, who grew up in the Lower East Side of New York City with their parents and came out as lesbians shortly after the first Pride parade in 1970. They speak fondly about how loving and accepting Goldin always was to them. “She believes in equality and fairness and what's right,” Reeni praises her mother.

Above image via The Dusty Rebel 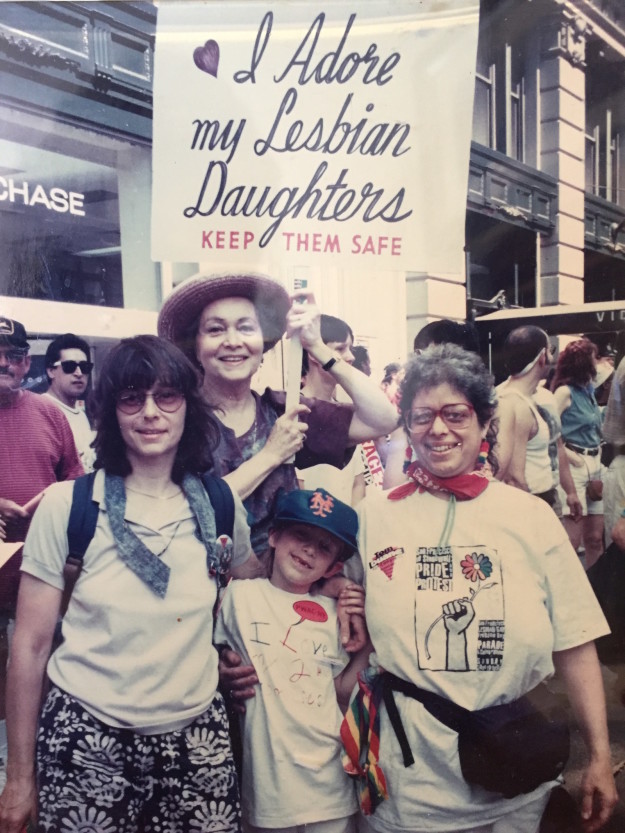 Neither daughter can remember exactly when their mother first attended the Pride parade with sign in hand, but Goldin herself insists to Buzzfeed that she's been there “since the beginning. [The sign] sort of hit a nerve with people, particularly those whose parents rejected them. The response to the sign is always so great — it urges me to keep going.” Her daughter Reeni agrees with Goldin's perseverance and drive. “She really puts her money where her mouth is. She works for it. That’s her life. That’s just who she is.”

Goldin has become a landmark at the parades for flocks of younger generation to visit and find support. “Everybody would come running up to her and cry, kiss her, and say, ‘Would you call my mother?' or ‘Would you be my mother?'” explains her daughter, Sally. Goldin would say yes—in fact, she called everyone who followed her through the parade “her daughters.”

Sally continues, “She’s met people who she is still very close to at the parades. She’s a model for how parents should be behaving towards their kids.” She'd take down numbers and addresses and write letters to parents, asking for them to open their hearts to their children. “I think I changed a few people’s minds and I’m glad about that,” Goldin proudly shares. “Everyone should support their gay and lesbian children, they’re missing a lot in life if they don’t.” 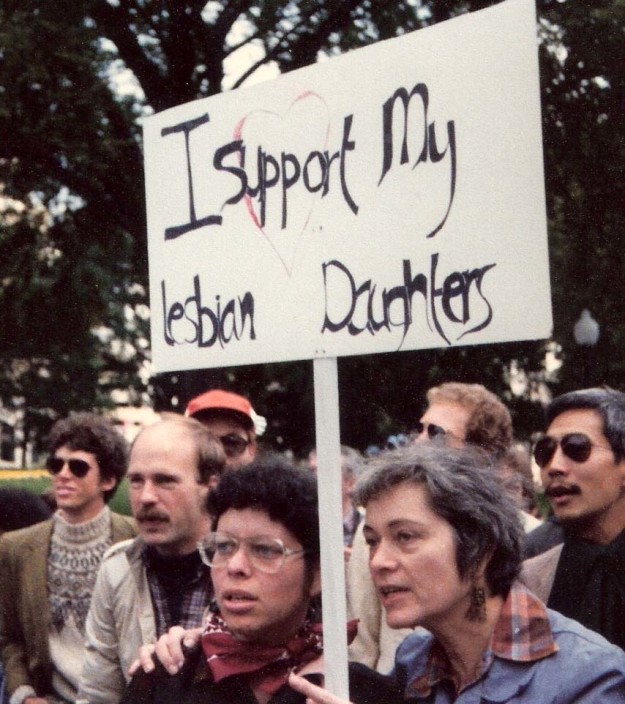 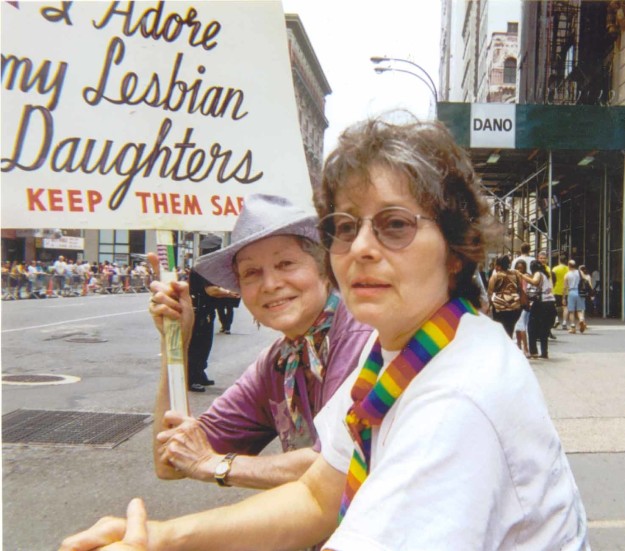 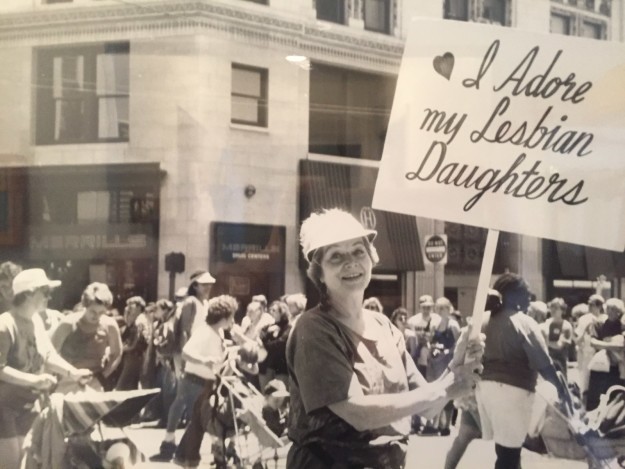 Goldin's inspiration doesn't just stop at the Pride parades, though. She has also been involved in several protests, including 2011's Occupy Wall Street, where she carried a very different sign that read, “I am 87 and mad as hell!” In fact, her passion has gotten her arrested 10 or 11 times. “She doesn't dabble,” Reeni says. Goldin goes all in.

To learn more about this amazing woman, look out for the upcoming documentary, It Took 50 Years, which documents her life and especially her fight to save a portion of the Lower East Side in the 1960's.

As for her “I adore my lesbian daughters” sign, Goldin says she hopes to carry it once again next year. “I hope to keep going for as long as I am able.” 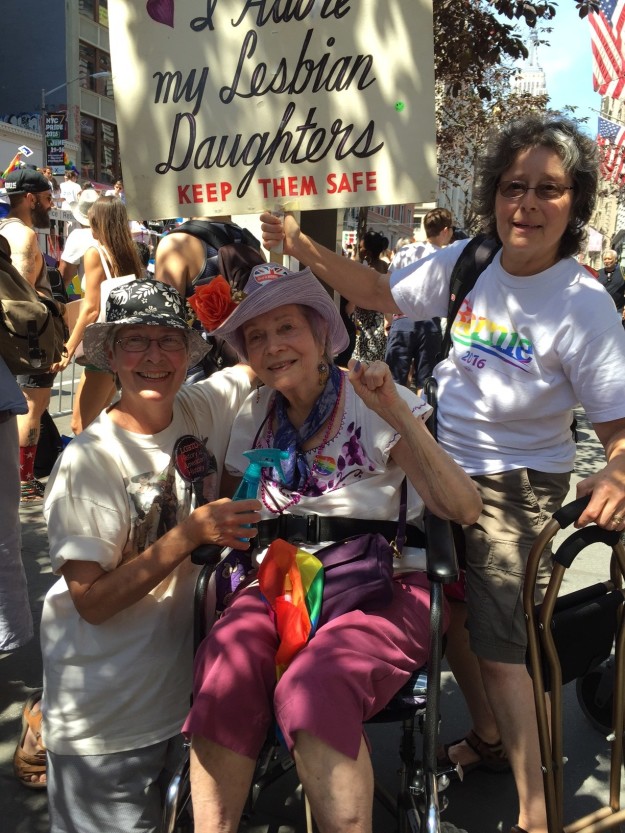