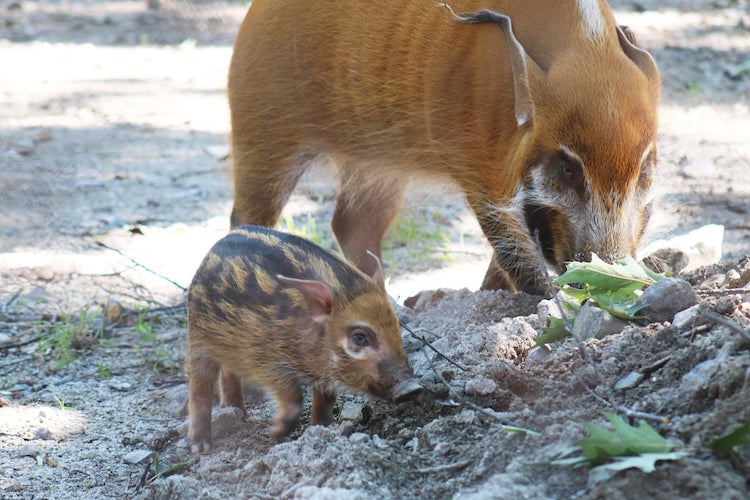 The birth of any animal is plenty of reason to celebrate, but the latest edition to Franklin Park Zoo in Boston, Massachusetts is particularly special. Staff recently welcomed a red river hog piglet into the world, which is the first birth of its kind at the zoo.

Franklin Park Zoo is part of Zoo New England, which partnered with the Red River Hog Species Survival Plan to help ensure the future of the species. The piglet’s birth is a result of the recommended pairing between the zoo's red river hog named Artemis and a hog named Tamu. The pair successfully mated, and on July 31, 2021, Artemis gave birth to three piglets. Unfortunately, only one of the three babies survived, but the remaining healthy piglet is sure to have visitors “squealing with delight.”

The piglet is female and yet to be named, but according to the zoo’s press release, the adorable pig is doing well. She’s not on solid foods just yet, but she’s nursing from her mom and is already showing interest in appropriate solid foods, such as grasses and roots. “We’re really thrilled about this birth, which is a first for this species here at Franklin Park Zoo,” says Christine Bartos, assistant curator. “Now that the little one has made her exhibit debut, it’s a wonderful opportunity for guests to observe her exploring with mom. Artemis is doing great and being a very attentive mother. This is her first litter, and she has been perfect!”

Red river hogs are native to west and Central Africa, but like many wild animals, their numbers are decreasing. The zoo’s newborn piglet is a promising development in the survival of the species. Franklin Park Zoo posted photos of the piglet on Facebook, revealing her spotty, watermelon pattern on her fur coat. How cute!

Check out photos of the red river hog piglet below. 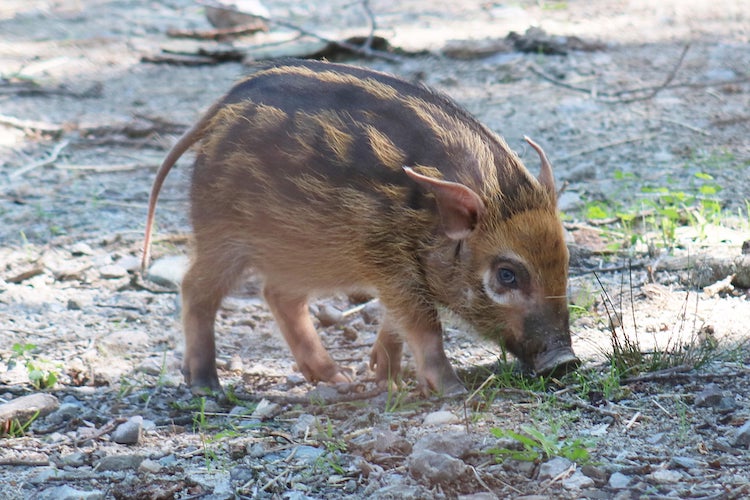 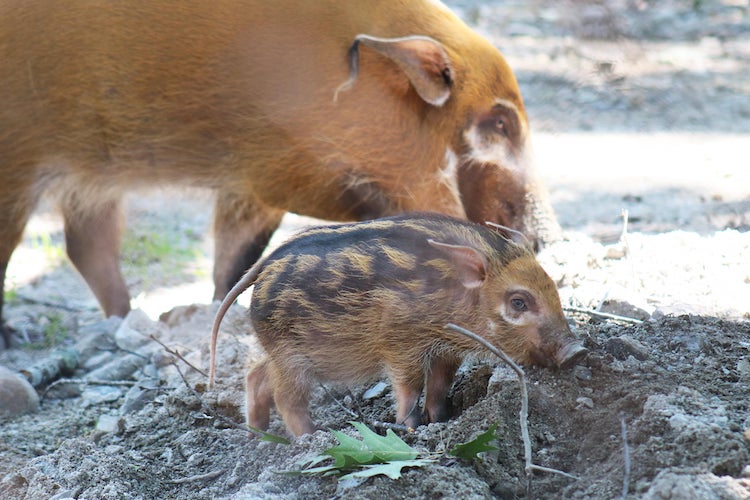 All images via Franklin Park Zoo. 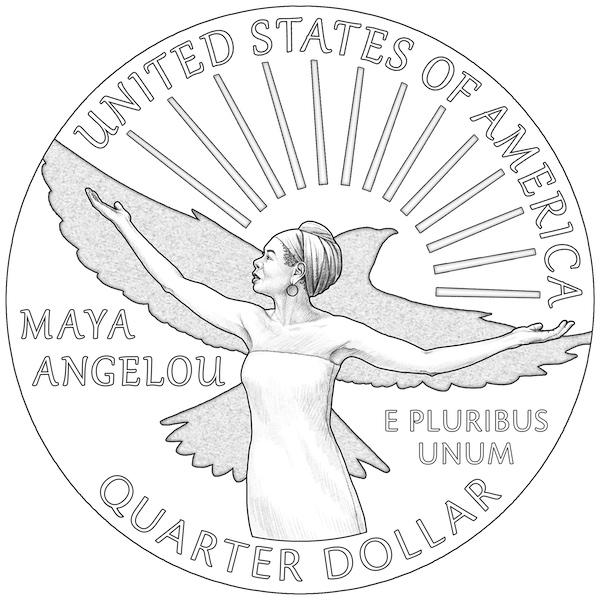