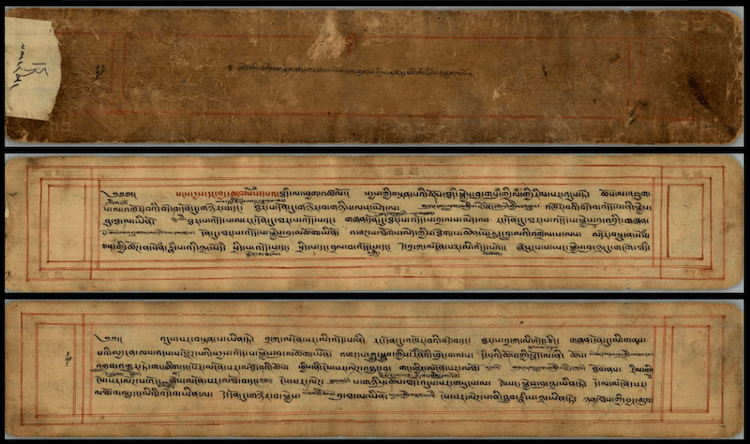 Thanks to the Buddhist Digital Resource Center (BDRC) and the Internet Archive, the world's largest collection of Tibetan Buddhist literature is now available online. Dedicated to preserving and sharing Buddhist scholarship, the BDRC has archived over 15 million pages of Buddhist works since it was founded in 1999. Now, thanks to its collaboration with the Internet Archive, these texts will be available—free of charge—to an even wider audience.

Used by laypeople and monks, these texts are culturally significant pieces of Buddhist history. As a politically neutral non-profit, the BDRC started preserving Tibetan texts in India and has worked on both sides of the Himalayas. Its employees have digitized materials as diverse as palm leaf manuscripts in Thailand and Sanskrit texts in Nepal, as well as the National Library of Mongolia's entire Tibetan collection.

On occasion, they even stumble upon rare texts that preserve traditions that have since disappeared. For instance, several months ago a BDRC employee photographed a text found in a monastery in Northeast Tibet. To everyone's delight, it was the only surviving manuscript of the Kadampa school—a 11th- and 12th-century tradition that's writings have been lost. Now, thanks to digitization, The Exposition on the Graduated Path by Kadam Master Sharawa Yontan Drak (1070-1141) is available beyond the monastery doors for the world to see.

“Commentary on the Profound Inner Meaning,” a core treatise by Karmapa 03 Rangjung Dorje, 1615.

“The founding mission of BDRC is to make the treasures of Buddhist literature available to all on the Internet,” shares Jeff Wallman, Executive Director Emeritus of BDRC and Jann Ronis, Executive Director of BDRC. “We recognize that you cannot preserve culture; you can only create the right conditions for culture to preserve itself. We hope that by making these texts available via the Internet Archive, we can spur a new generation of usage. Openness ensures preservation.”

Currently, the BDRC has placed over 11,000 Buddhist texts available for online viewing via the Internet Archive.