Art History: The Stories and Symbolism Behind 5 of Frida Kahlo’s Most Well-Known Paintings

“There have been two great accidents in my life. One was the train, the other was Diego. Diego was by far the worst.” In 1925, 18-year-old Kahlo was involved in a streetcar accident that left her with a broken spinal column, among many other major injuries. In the Broken Column, Kahlo presents a tragic glimpse into the lifelong effects of the accident.

The painting depicts Kahlo after spinal surgery. Nude except for a hospital sheet and a metal corset, her body is pierced with nails (perhaps as an allusion to Christian iconography of Christ on the cross)—and is shown split open. Visible in the crack that bisects her body is a crumbling Ionic column, which has replaced her spine and symbolizes her broken body. In the background, a barren landscape is similarly fissured, and a stormy sky looms overhead.

In 1929, Kahlo painted The Bus, a depiction that recalls what she had seen moments before the life altering accident.

Like The Broken Column, The Wounded Deer is a self-portrait that symbolically addresses the physical and emotional pain associated with her injuries.

In the piece, Kahlo has depicted herself as a deer—a choice perhaps inspired by her beloved pet, Granizo. Struck by arrows and positioned behind a broken branch (an object used in traditional Mexican funeral rites), it is clear that the deer is likely going to die. At the time of the painting's creation, Kahlo's health was in decline. In addition to failed corrective surgeries and the ongoing physical pain associated with her accident, she also suffered from gangrene and other illnesses.

Furthermore, like The Broken Column, The Wounded Deer references Christian iconography. According to the bible, Saint Sebastian, an early Christian saint and martyr, was killed by an onslaught of arrows. His death has remained a popular subject in art for centuries, and likely inspired Kahlo's choice of subject matter. 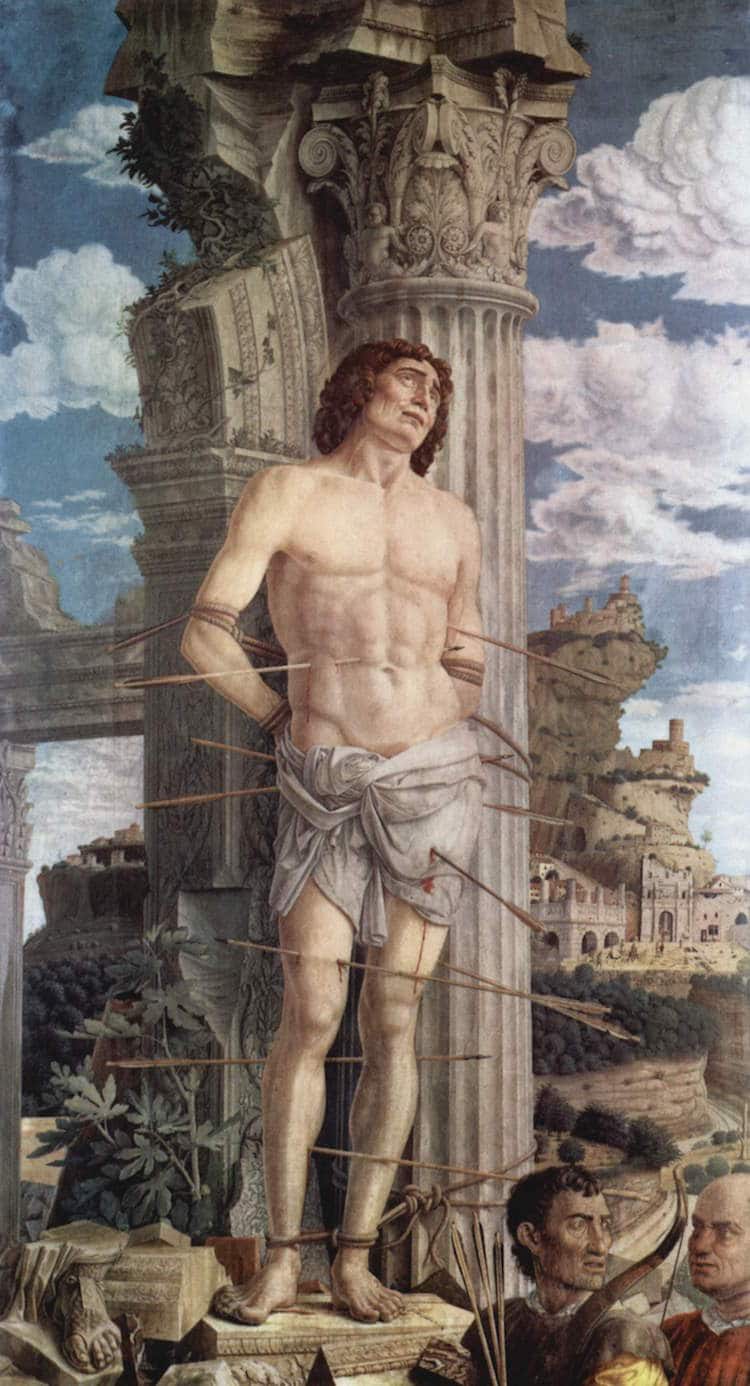 Sadly, Kahlo passed away in 1954. Thanks to her highly personal approach to art, however, her innermost emotions and admirable imagination are perpetually preserved in a captivating collection of works.