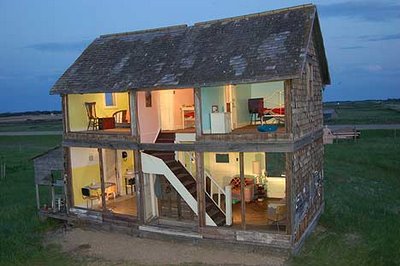 This is an older story but one that I wanted to share. Back in June 2007, Saskatchewan artist Heather Benning transformed an abandoned farmhouse in southwestern Manitoba into a giant dollhouse. She replaced the north-facing wall with Plexiglas, showcasing its interior and then fully restored the house with candy-colored walls and furniture from the 1960s, when the home was abandoned. “I wanted to show the passage of time … I was able to show what it looked like before it was left, but then what it looks like now, you know, 35 years later. I chose to leave the porch on there, which is rotted out, and [leave] everything to look quite rustic on the outside.” It's a classic example of taking something ordinary and turning it into something extraordinary. 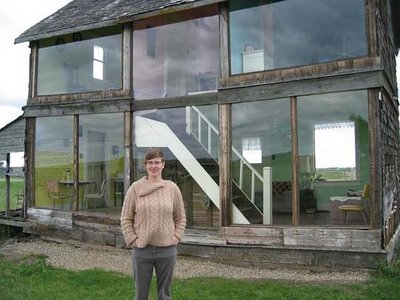 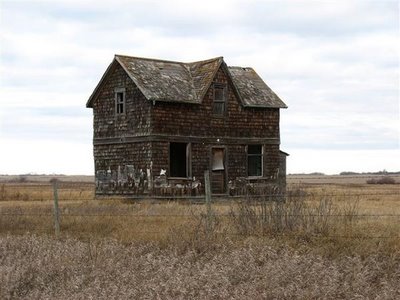 The house is located off Highway 2 near Sinclair, Manitoba, Canada. Via Bliss and CBC