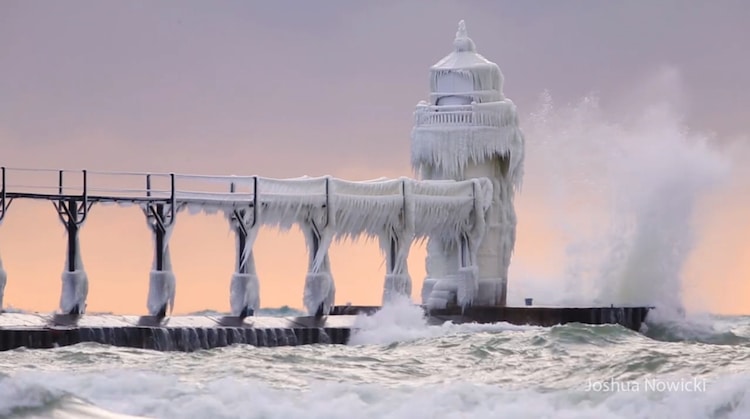 A winter chill has descended upon Lake Michigan, giving the St. Joseph lighthouse an otherworldly appearance, as ice clings to every inch of its surface. Photographer Joshua Nowicki and the Great Lakes Drone Company each braved the weather to get some incredible footage of the icy lighthouse.

The structure was constructed in 1859 and was recently restored after $2 million in private donations were raised. This historical piece of architecture often transforms into an Abominable Snowman during the winter months, as the freezing waters of Lake Michigan pound against it. The videos, as well as Nowicki's still photographs, show the menacing icicles, some formed at curved angles due to strong winds. In this guise, the lighthouse seems more akin to an ice castle, which glows from within as night descends. 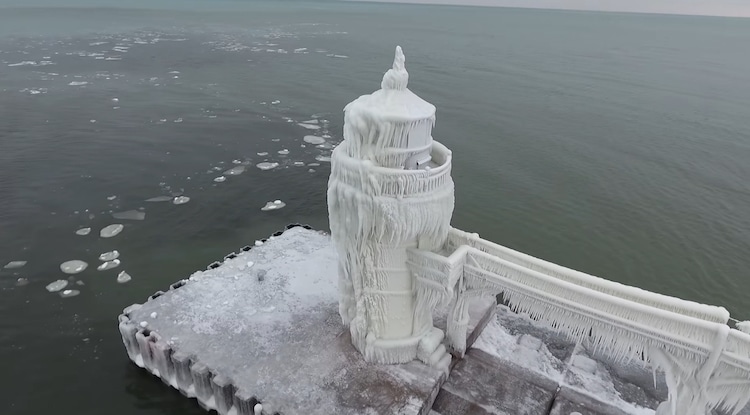 Nowicki's video of the icy lighthouse has garnered over 1 million views since he posted it on Facebook, revealing our strong attraction to the beauty of nature. 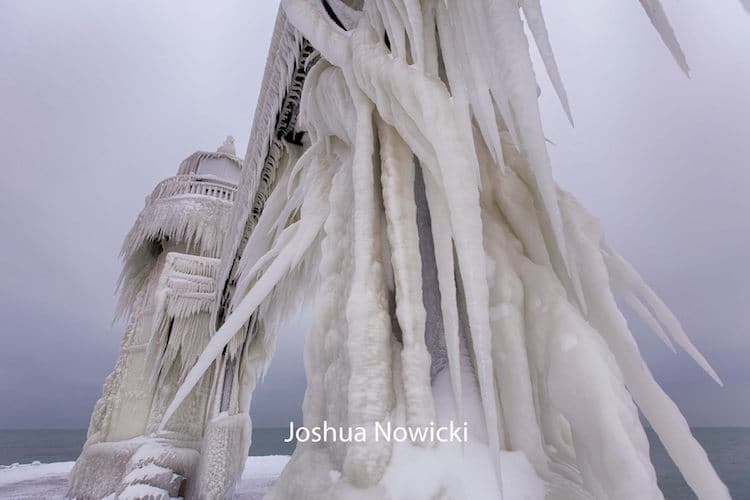 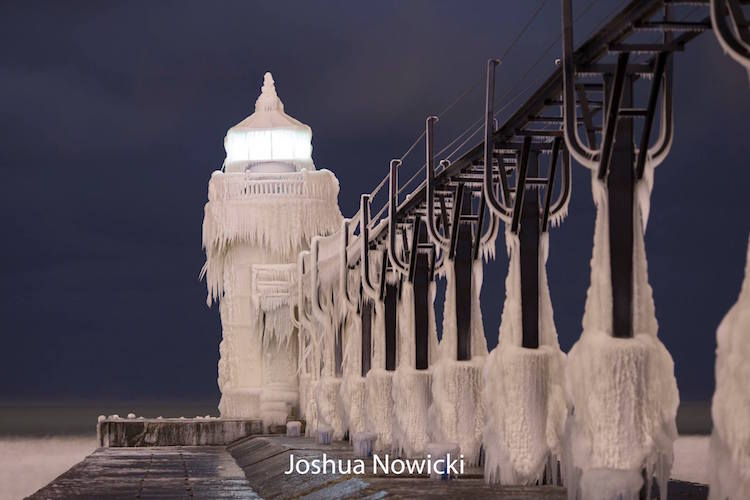 Bundle up! Share
Like My Modern Met on Facebook
Get Our Weekly Newsletter
Become a
My Modern Met Member
As a member, you'll join us in our effort to support the arts.
Become a Member
Explore member benefits
Bundle up!