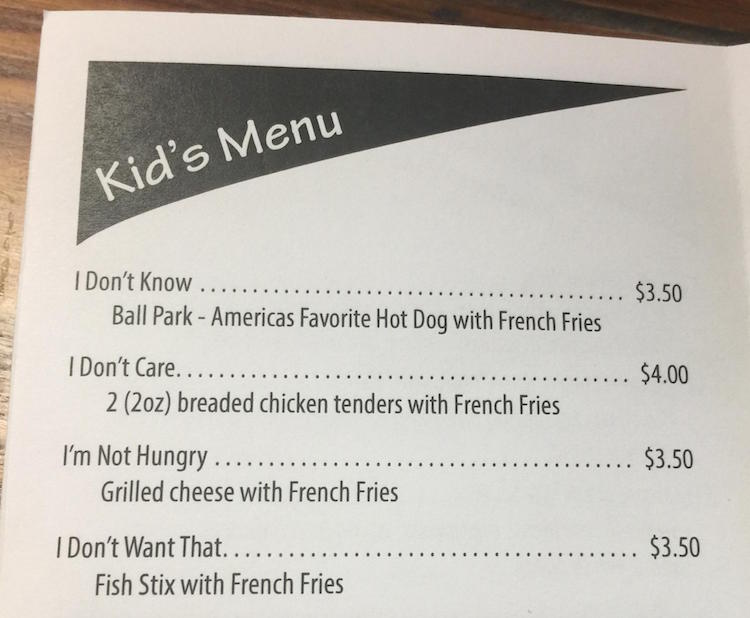 Whether you're a parent yourself or have dined in a restaurant full of young children, you're familiar with the whines and groans of “I'm not hungry!” and “I don't want that!” immediately followed by the exhausted, but stern voice: “You're going to eat it or no dessert!” One humorous deli in Altoona, Pennsylvania has anticipated this ordering dilemma and taken it on headfirst.

The new menu was revealed last Thursday and has already amassed positive feedback. Brian Stroh, the deli manager, says that the new menu was, of course, inspired by real children. “That’s what I hear when kids are here ordering with their parents. I don’t know! I don’t care! I’m not hungry!” He claims that the parents think the menu is hilarious. The verdict is still out for the kids' responses. 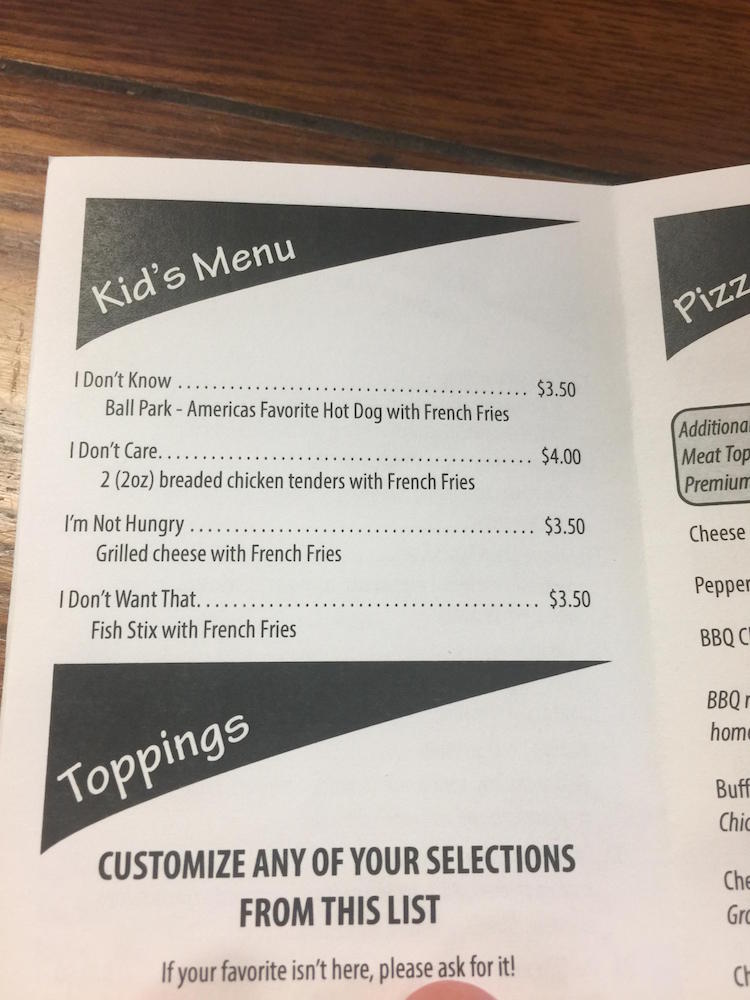 Many Redditors have replied to Moist's original post with ideas for new menu items. One comment reads: “My kids' favorites aren't on there: ‘I hate this' and ‘I'd rather starve.' ” Another parent wrote that their kids always order the “Ewwwww!” or the “Do You Have Anything Good?” Also missing from the Deli's menu, noted a Redditor, is the “$6 bowl of Kraft mac'n'cheese” that is always ordered and never eaten.

All images via Nick Moist.