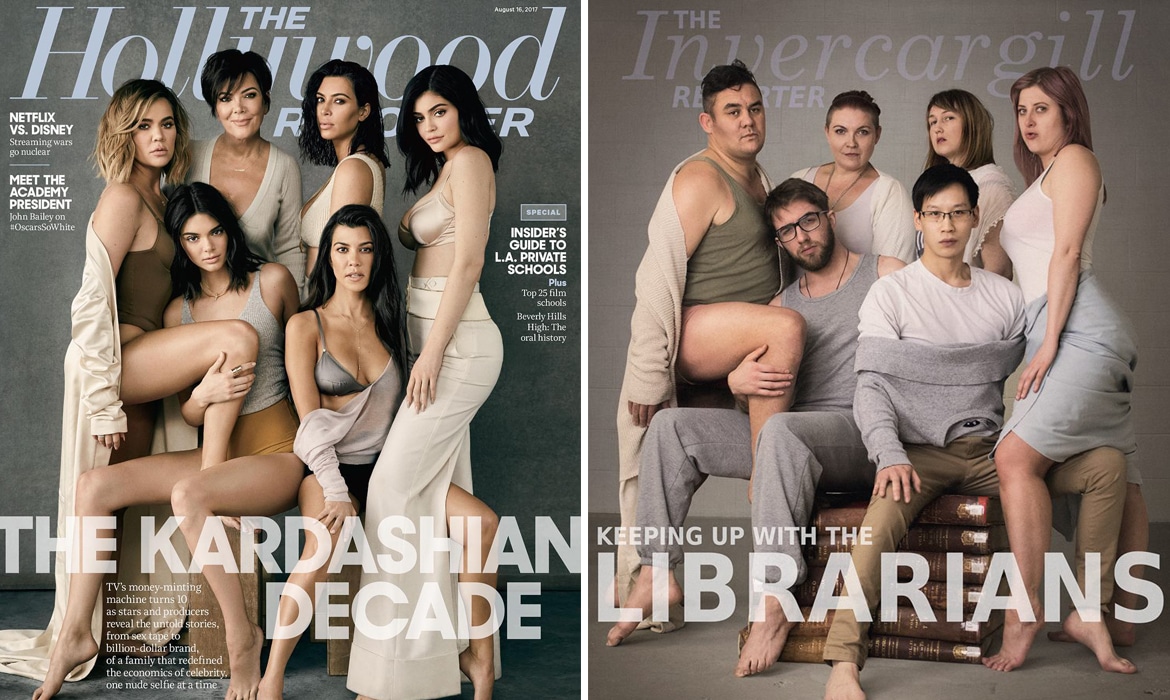 Librarians are often saddled with the stereotype that they lack a sense of humor. But as the funny librarians of the Invercargill City Library in Invercargill, New Zealand show, there's more to them than classic literature. The group recently paid tribute to one of the most polarizing families in pop culture—the Kardashians. They did so by staging a hilarious photo shoot that spoofed the Kardashians’ 10-year cover of The Hollywood Reporter.

The original magazine features the Kardashian clan clad in neutrals and lounge wear, looking like they just woke up. Using the soft grays and loose clothing as their guide, the group of librarians dressed in similarly cozy attire and cuddled up like the famous family. Their recreation is spot on—each of them perfectly captures the persona of the Kardashian they’re trying to emulate, from Kendall’s aloof expression to Kim’s too-cool stare.

The inspiration for the Kardashian parody came from a recent brainstorming session about possible ways to showcase the library. “This week we saw it was 10 years of the Kardashians, so we decided it would be funny to somehow channel the Kardashian with a library spin,” Bonnie Mager, the library’s digital and communication manager explained. “We picked that photo to spoof because it's iconic and also we thought how funny would that look with ordinary people in it.”

Their plan to draw attention to the library worked—since posting it on October 13, the Facebook post has gone viral with over 4,000 shares and plenty of people applauding the group’s funny spin on popular culture.

A group of funny librarians in Invercargill, New Zealand created a brilliant Kardashian spoof based on this 10-year anniversary cover:

Here's their recreation, and it's spot on, cozy lounge wear and all: 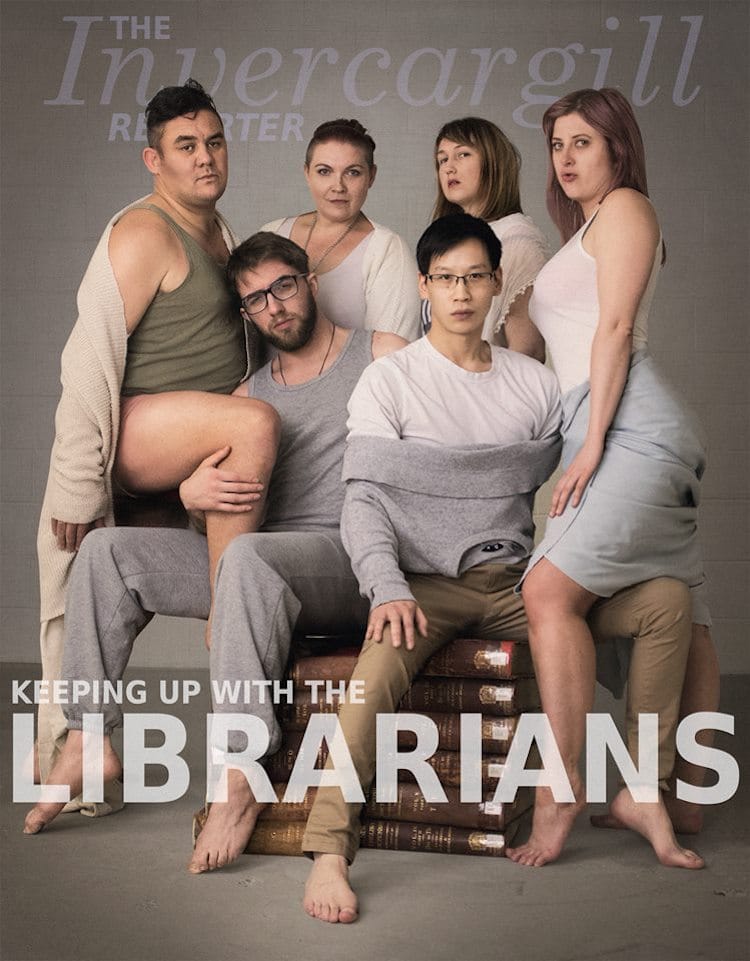