Futuristic City Made from Scrap Metal 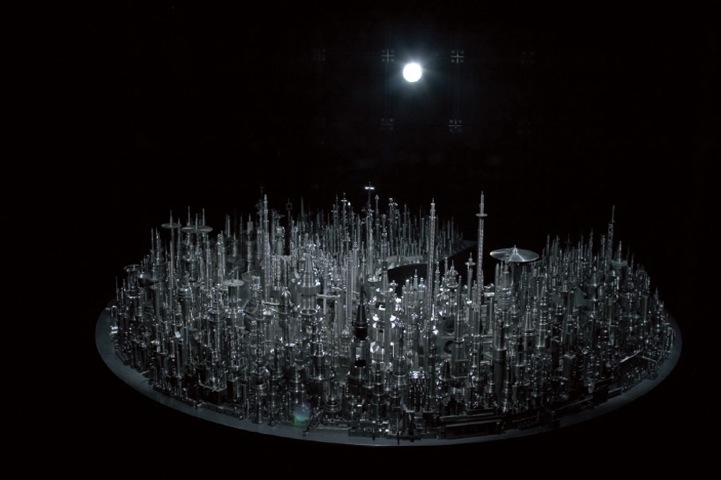 What some people refer to as junk, artist Chu Enoki sees as raw materials. The Japanese contemporary artist uses scrap metal to form his incredible works of art. For his piece entitled RPM-1200, Enoki gathered metallic components of machines from a factory near his studio and reshaped the metals to construct a fictional city. It is a tribute to the iron industry.

Despite having a conceptual drawing of his project, Enoki didn't really map out a blueprint for the construction of this architectural installation. Instead, he worked with his intuition when building each structure, piece by piece. In the end, he has created an industrial landscape that I can't help but notice a resemblance to Fritz Lang's Metropolis.

The installation is being displayed in a pitch black room, with only one spotlight on the metalwork. The single light appears like an illuminating moon, shining down on the polished cityscape, and adds to the futuristic feel of the structure. Enoki's science-fictional cityscape is one piece in his exhibit entitled Unleashing the Museum that is currently showing at the Hyogo Prefectural Museum of Art until November 27, 2011. 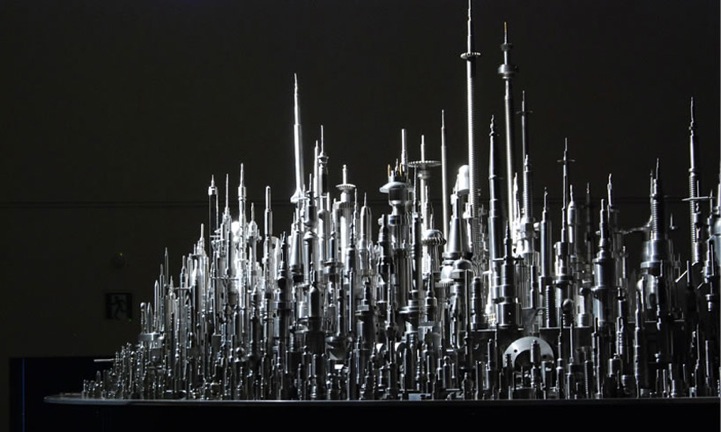 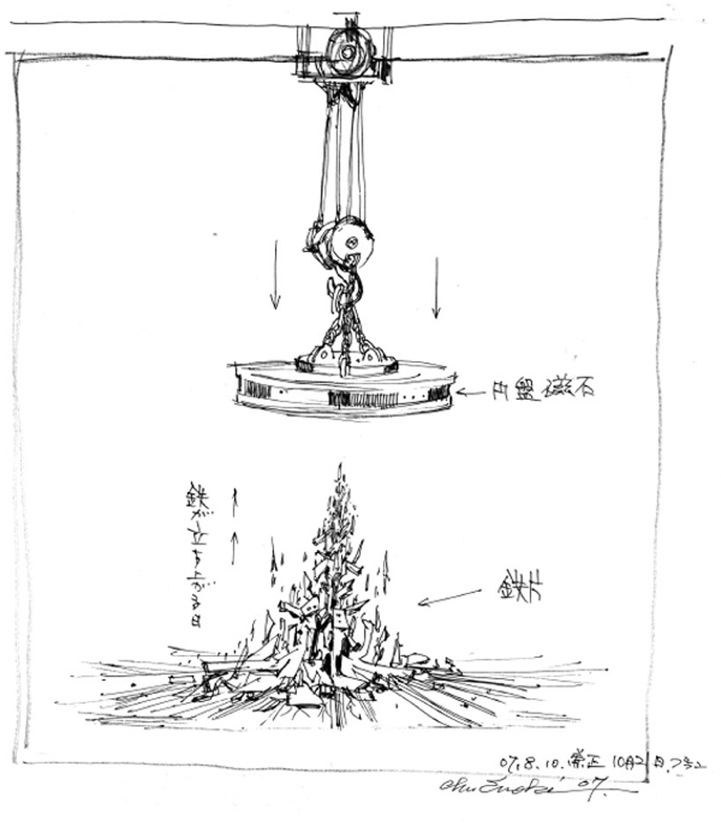 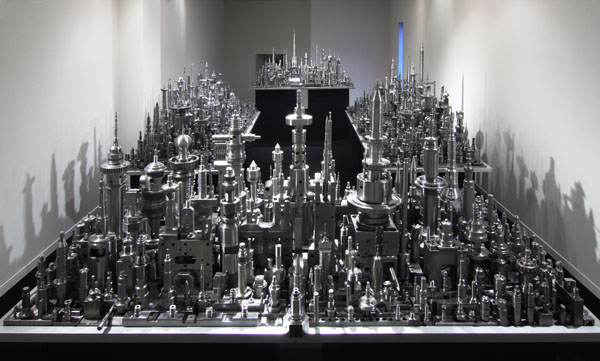 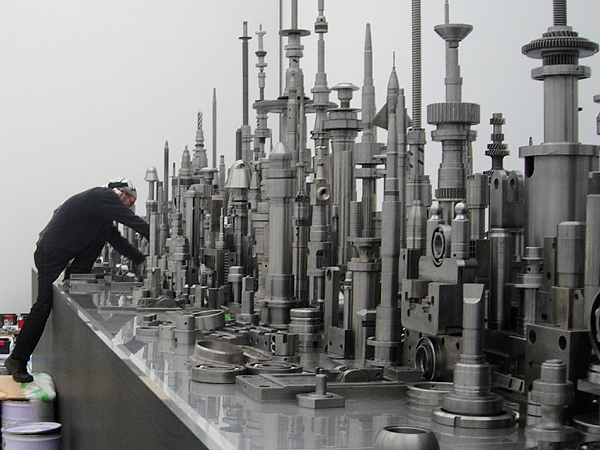 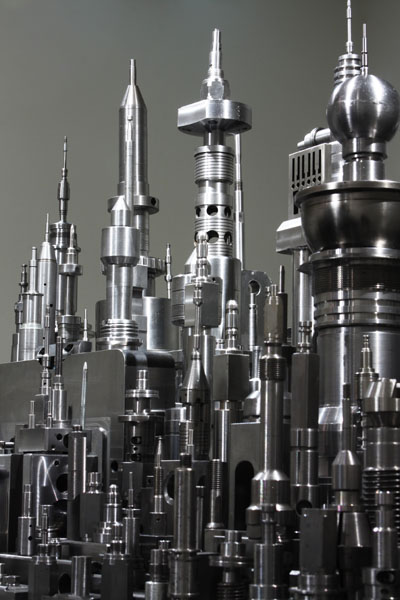 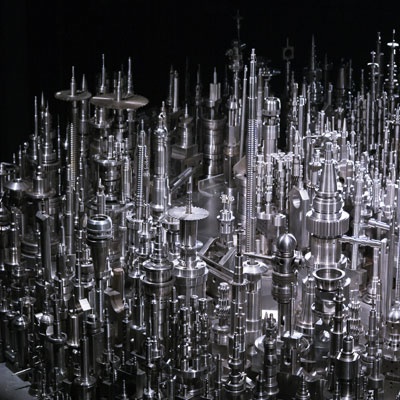 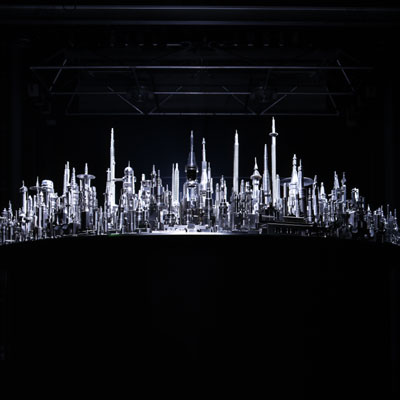 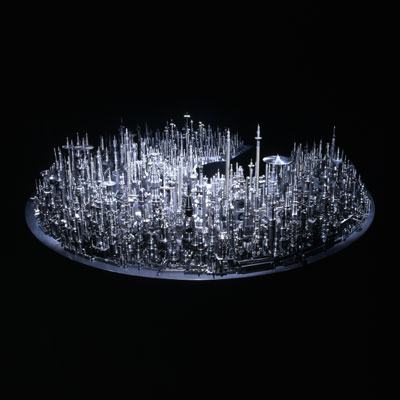