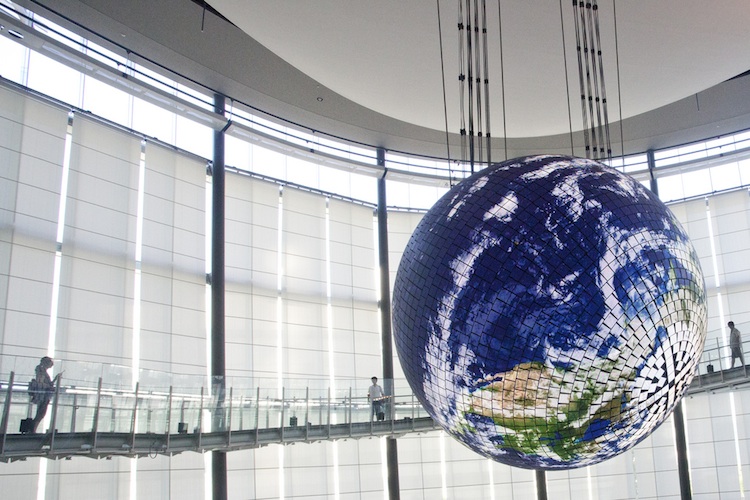 If you're headed to Tokyo, Japan, make sure to drop by The National Museum of Emerging Science and Innovation (Miraikan) to see some state-of-the-art science and technology. Around the middle of last year, the museum unveiled the world's first large-scale spherical OLED screen, measuring over 19 feet in diameter. Called Geo-Cosmos, this isn't any ordinary globe. It shows near real-time displays of what's happening to our Earth! How? Data for Geo-Cosmos is acquired from scientists and research institutes from all around the world.

“The images of clouds on the globe reflect the everyday image data taken by the weather satellites. It is possible to see an image of the Earth as early as the morning of that current day. It also provides graphic images such as ocean acidification, temperature change, and various scientific observation data related to Earth. With the Geo-Cosmos you can see the current image of Earth that changes every minute, and what your Earth will look like in the future.”

Built by Mitsubishi Electric, the Geo-Cosmos is an aluminium sphere covered with 10,362 organic LED panels. The display delivers a resolution of more than 10 million pixels, about 10 times greater than that of an LED display. The globe was installed to celebrate the 10th anniversary of the museum. It was created from Miraikan's Chief Executive Director Mamoru Mohri's desire of “wanting to share with people the sight of our beautiful Earth as seen from space.”

Make sure you watch the video, below, to see this mesmerizing piece of art in action. 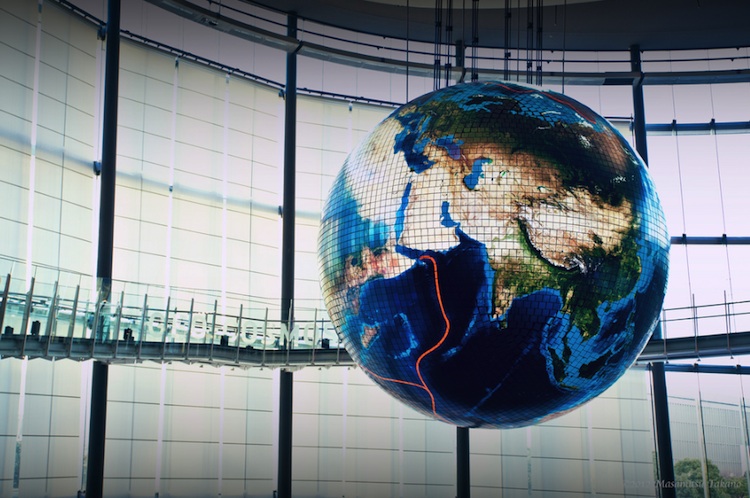 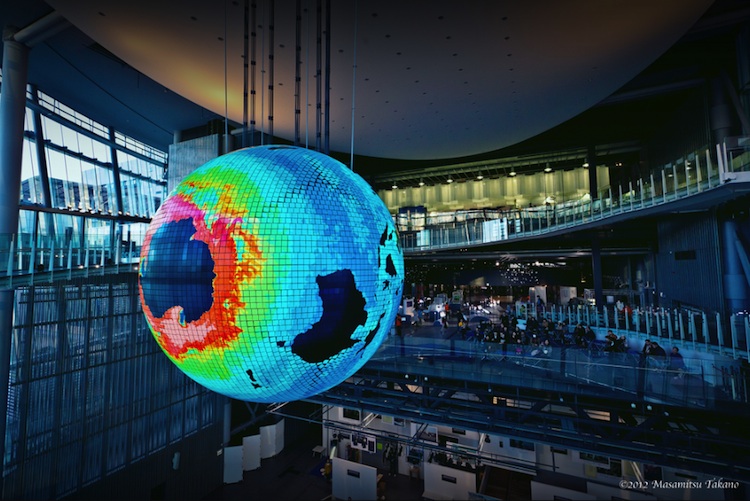 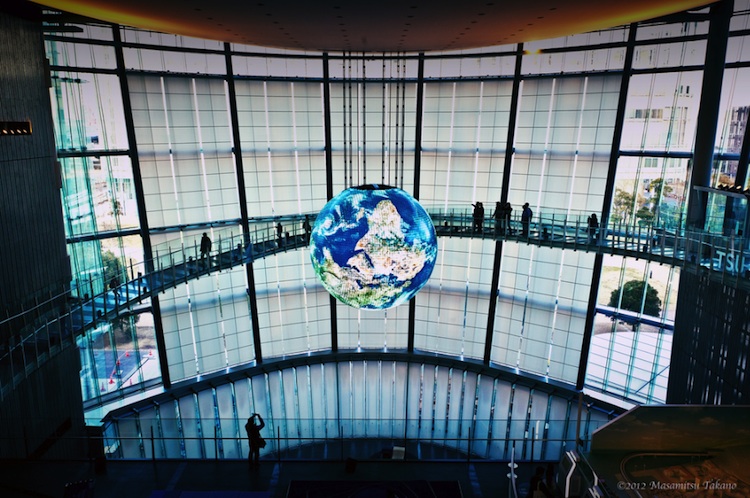 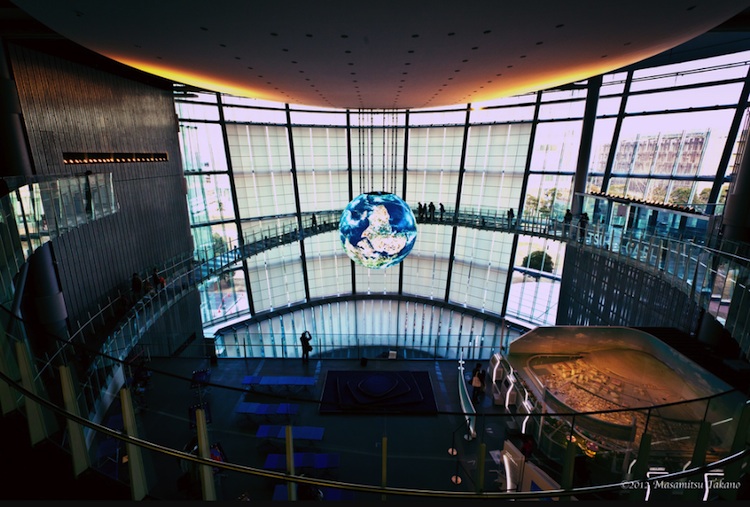