Priceless Reactions of Subway Riders When Suddenly Slept Upon 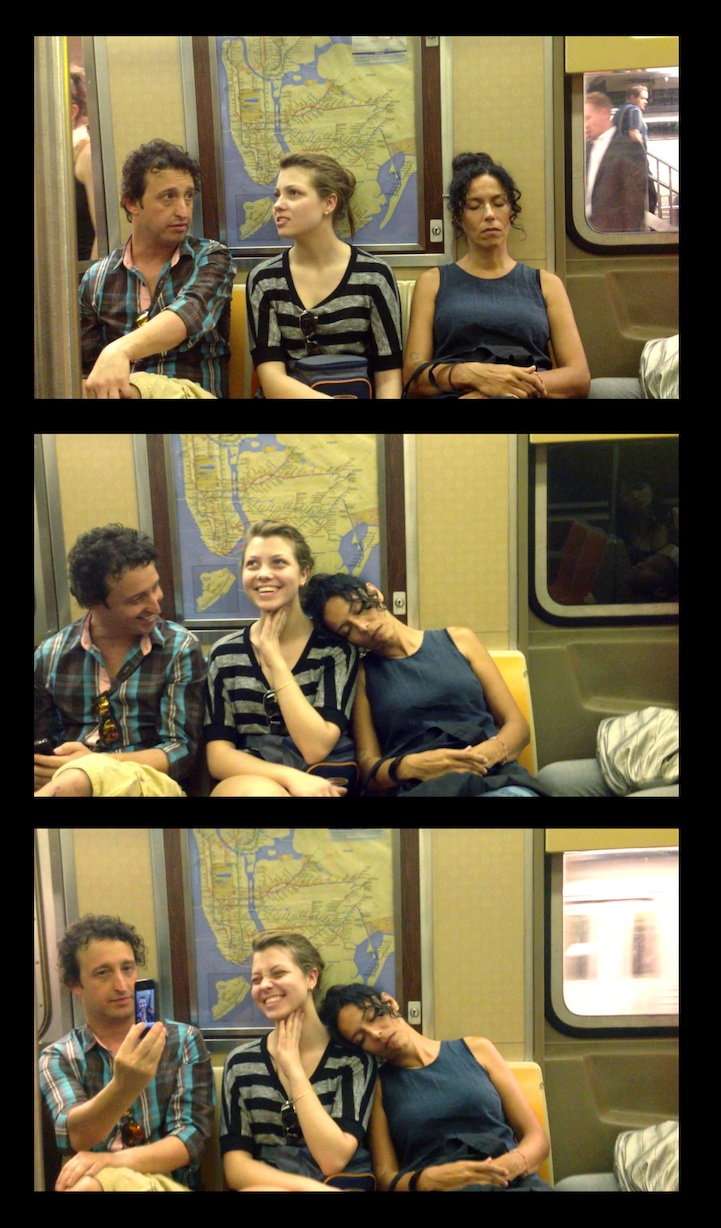 Imagine you're riding the subway. Now, how would you react if a stranger suddenly fell asleep on your shoulder? Would you laugh and then let that person sleep on you or would you quickly move seats? Brooklyn-based artist George Ferrandi is behind an eye-opening project called It Felt Like I Knew You that captures the priceless reactions of commuters when they get a little “too close” to a person they've never met. The site-specific performance piece, which began in 2012, has Ferrandi slowly slumping in her seat and then resting her head on a stranger's shoulder. Across the way, Ferrandi's accomplice Angela Gilland secretly captures the fascinating interventions using her iPhone.

As Ferrandi states about the project, “I attempt to mentally and emotionally re-sculpt that space. In my mind, I reshape it – from the stiff and guarded space between strangers to the soft and yielding space between friends. I direct all my energy to this space between us. When the space palpably changes, and I completely feel like the stranger sitting next to me is my friend, I rest my head on that person's shoulder.”

When we asked Ferrandi what she learned about people from this project, she replied, “It just confirmed what I already knew about New Yorkers. I moved to New York on September 10, 2001, so my first understanding of New Yorkers was that they are tender and vulnerable and caring. We put up a good front of toughness, but just beneath that shell, we're pretty squishy.” 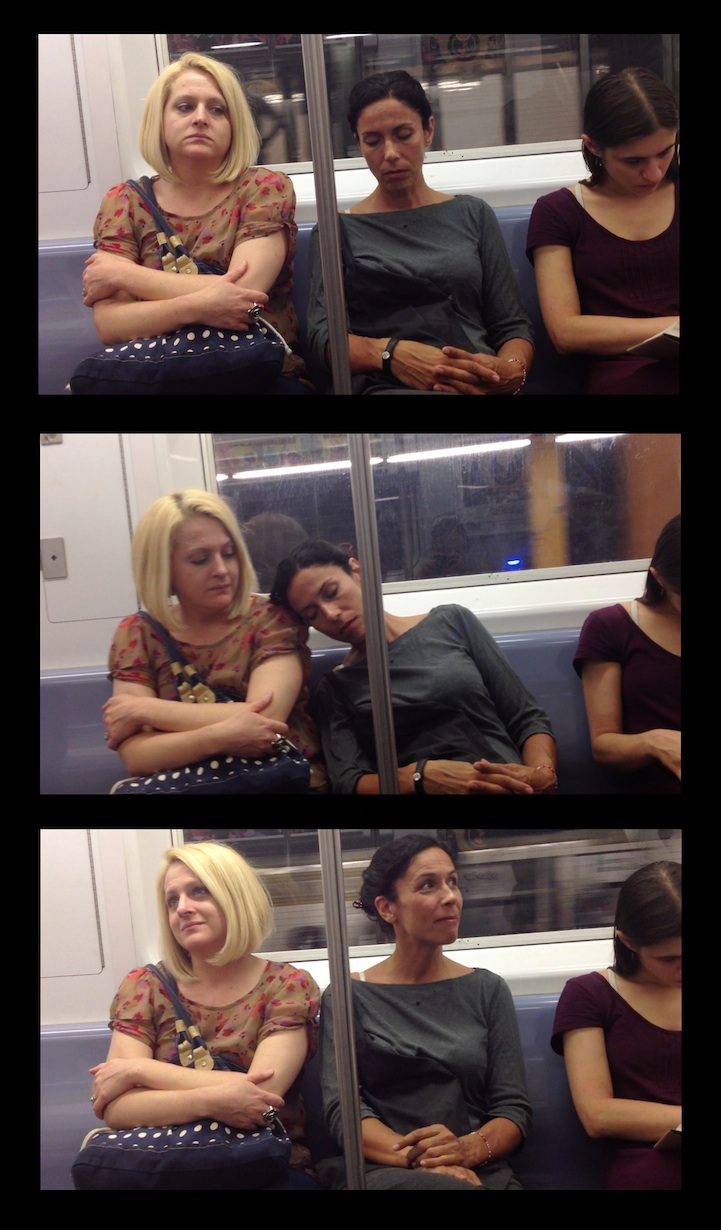 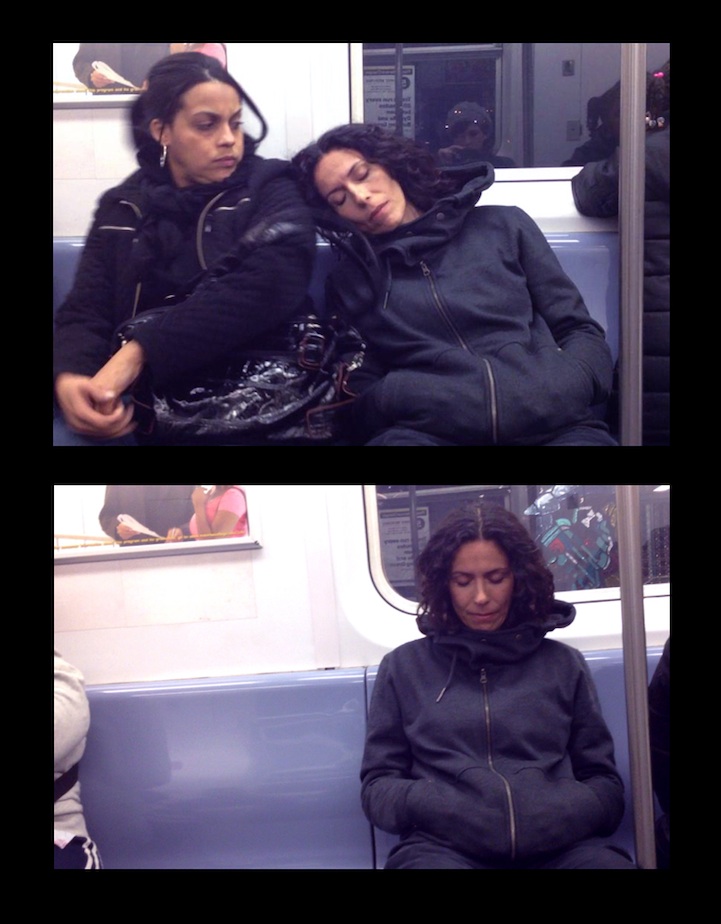 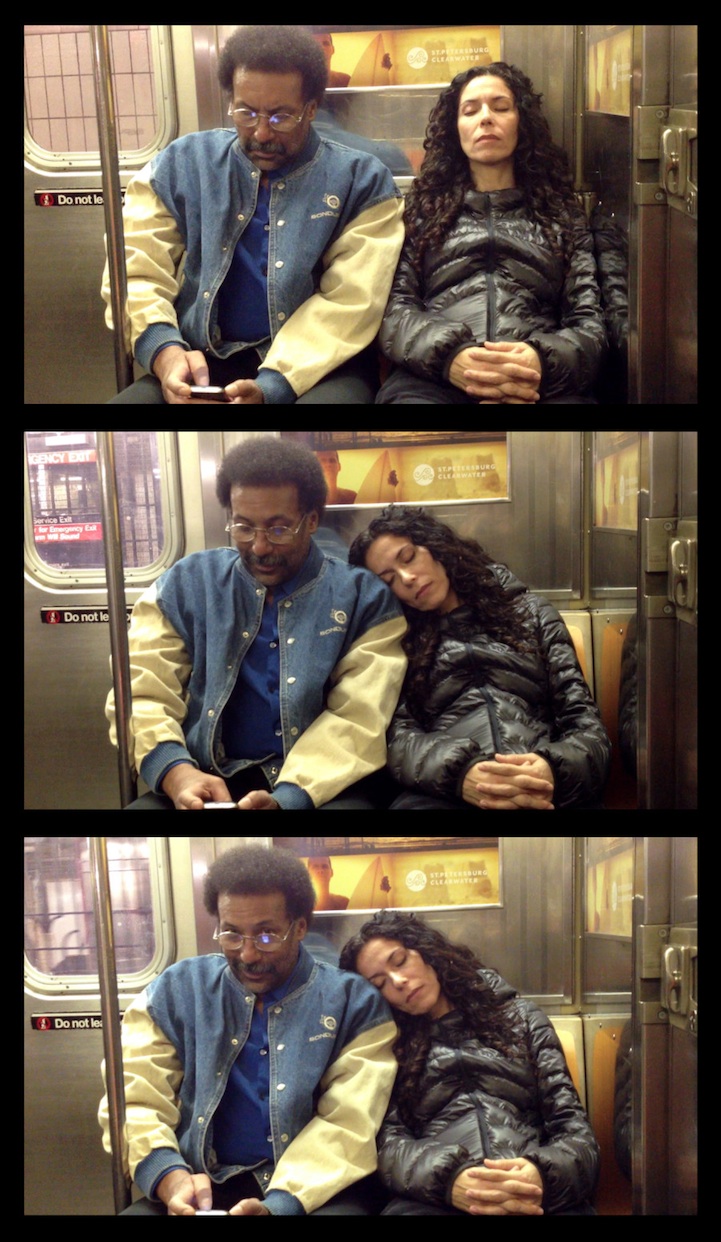 From December 6 to December 31, you can see these works in the Guts exhibition at Abrons Art Center in New York.