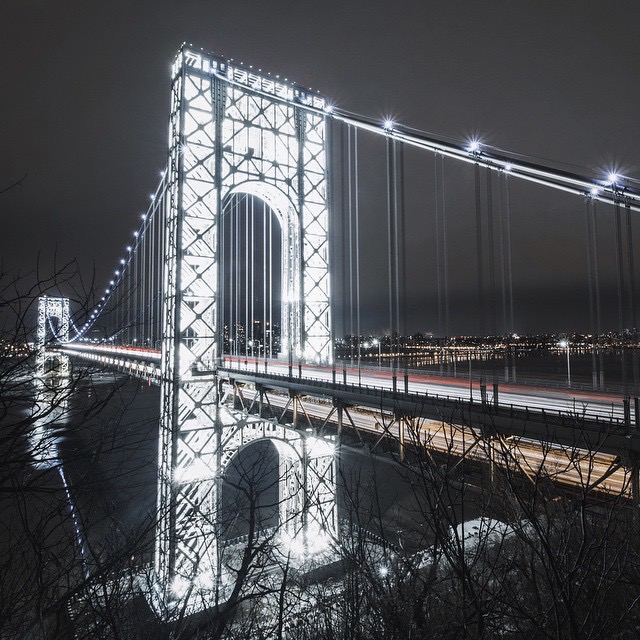 If you're local to the New York City/New Jersey area, then you're probably familiar with the George Washington Bridge. The massive architectural structure connects Manhattan to Fort Lee, New Jersey and makes it possible for relatively easy travel between the two places. But, did you know that besides its usefulness, it also lights up? The bridge is illuminated, unannounced, during a few holidays a year. A photographer with the moniker Dark Cyanide recently captured some stunning shots of it on Presidents Day.

The gorgeous photos feature a bright-white bridge set against a dark gray sky. Yellow and red streaks of light line its pathways. From some angles, you see the glittering, lit-up buildings on the other side of the bridge. 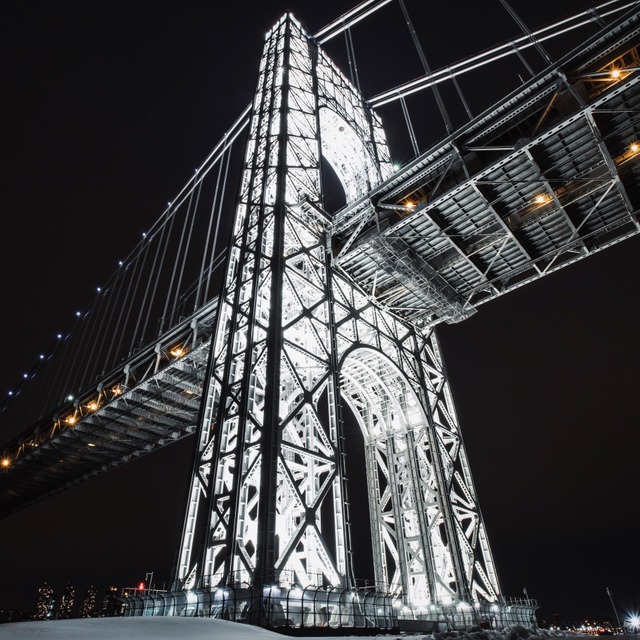 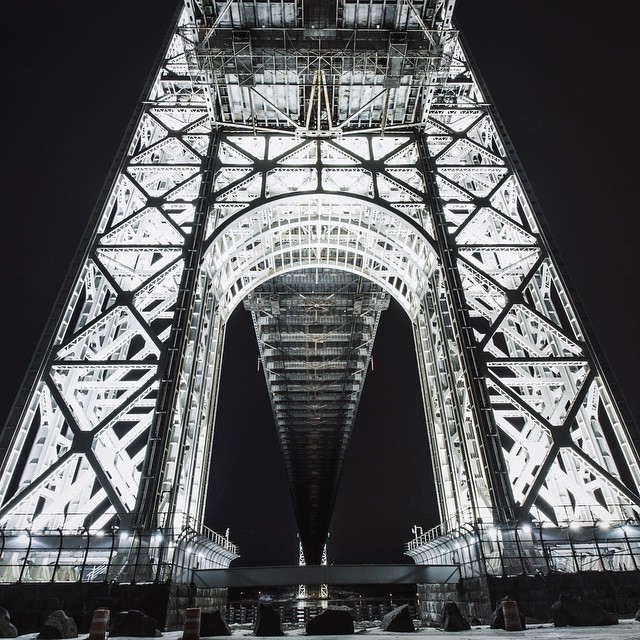 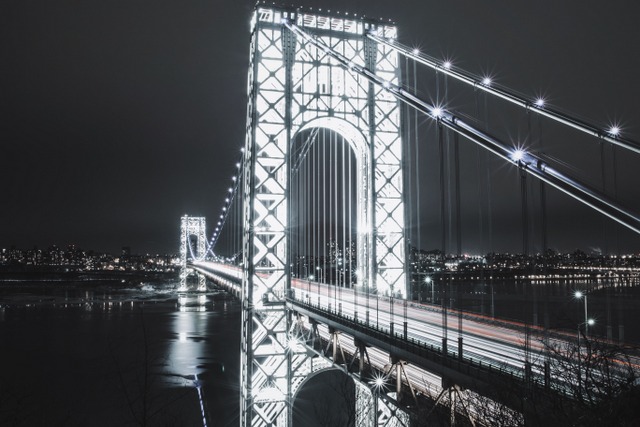 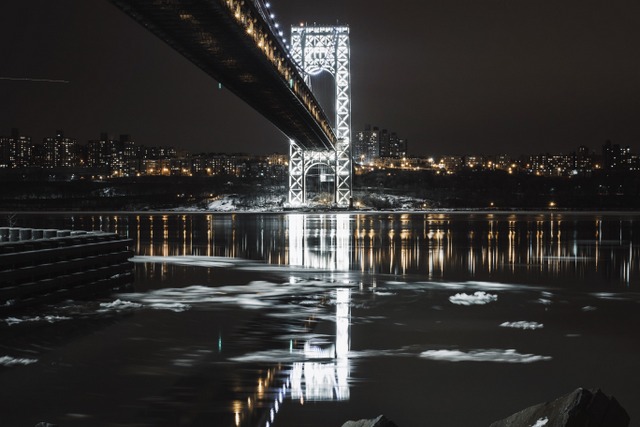 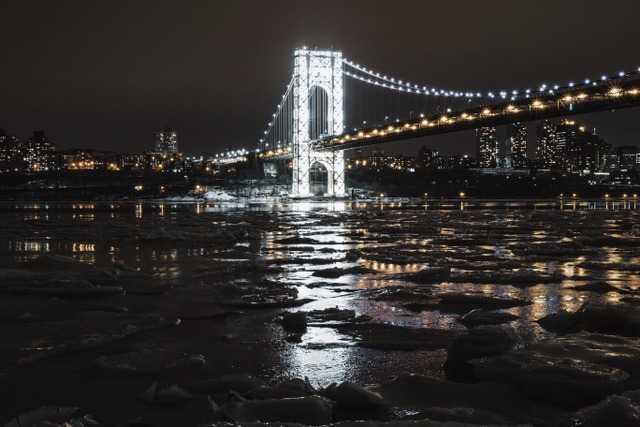