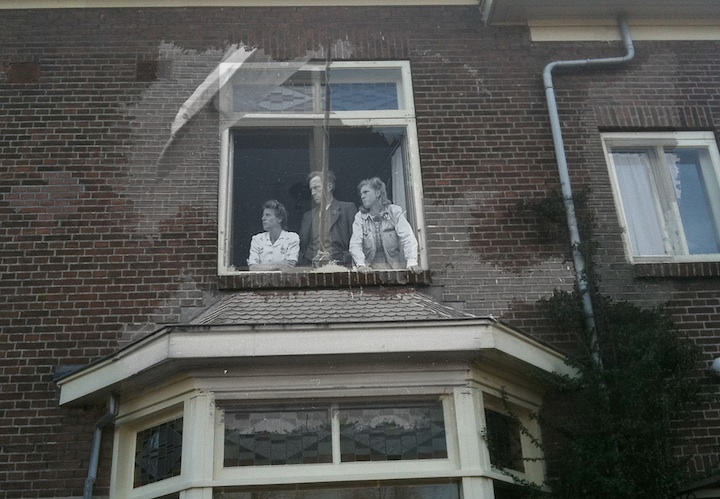 Though there's no doubt in my mind that historical consultant Jo Teeuwisse was inspired by Russian photographer Sergey Larenkov's World War II photos, we can still appreciate her own spin. After discovering some negatives at a flea market and scanning them onto her computer, Teeuwisse then went to each of these Amsterdam locations to take more recent shots. She then merged the two together to make the past come alive. It's a wonderful way to pay tribute to our past and remember the ones who came before us.

We got in touch with Miss. Jo Hedwig Teeuwisse after putting together this post to ask her some questions. Read that interview, below. 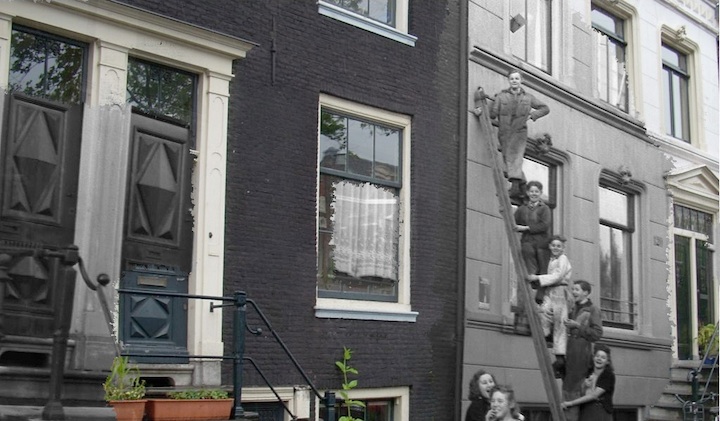 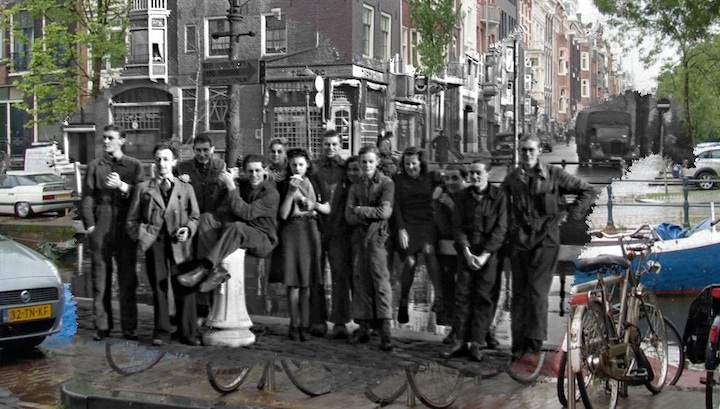 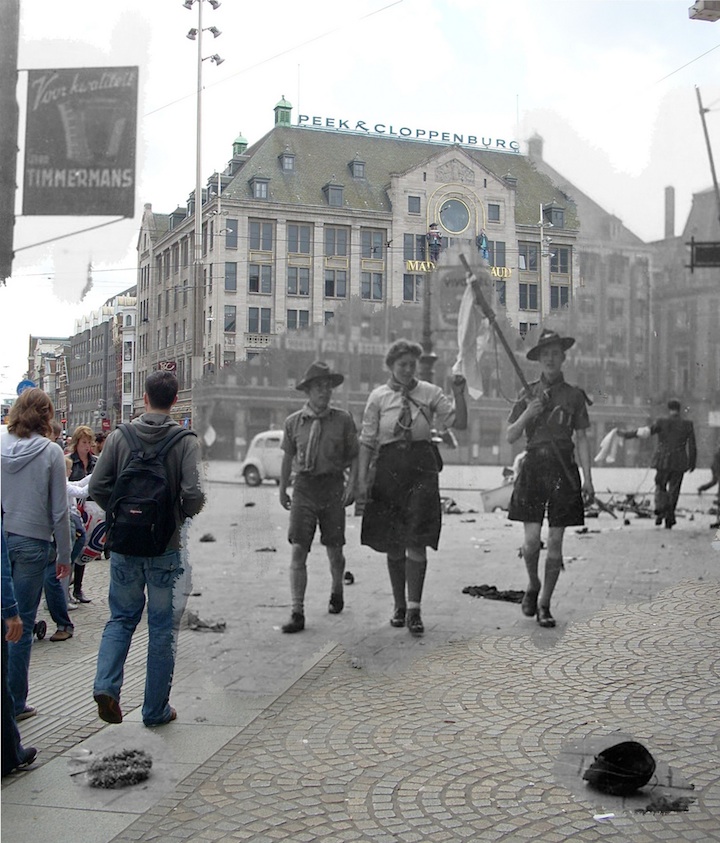 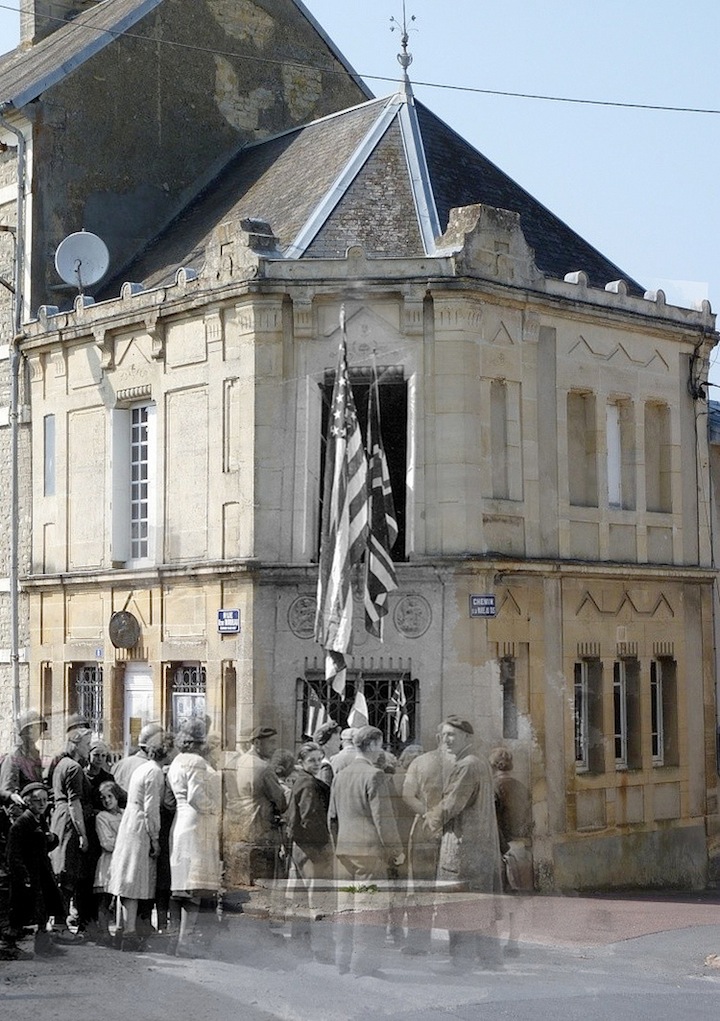 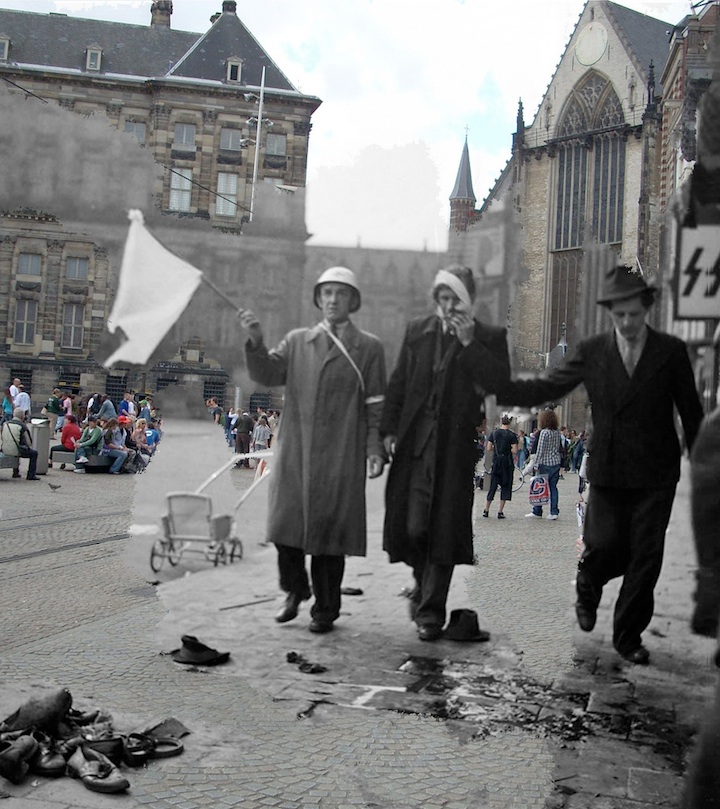 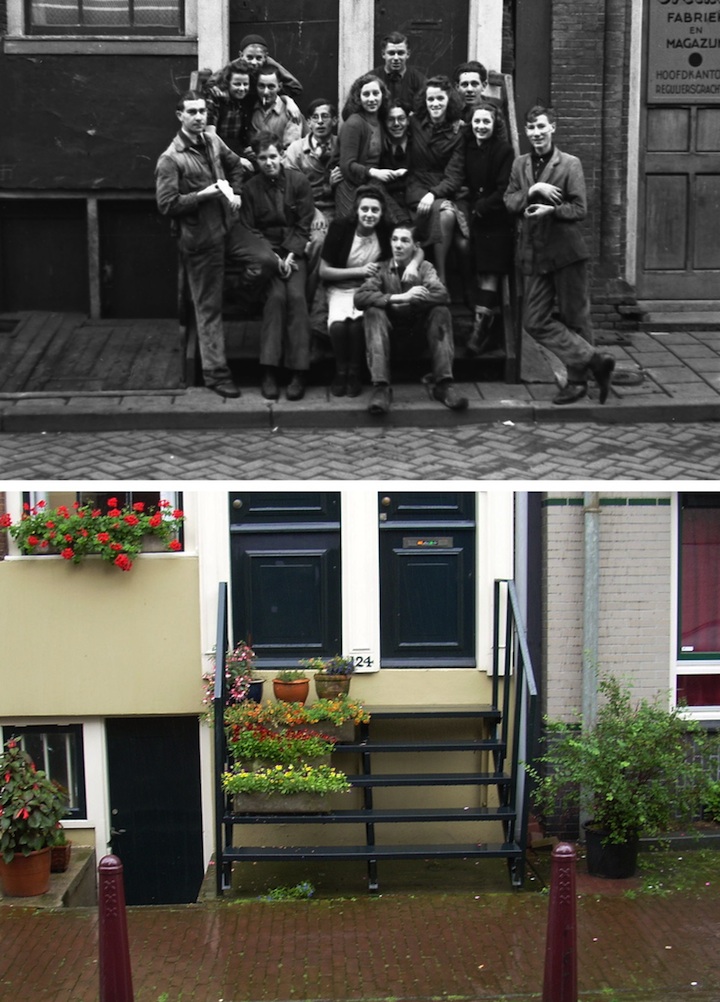 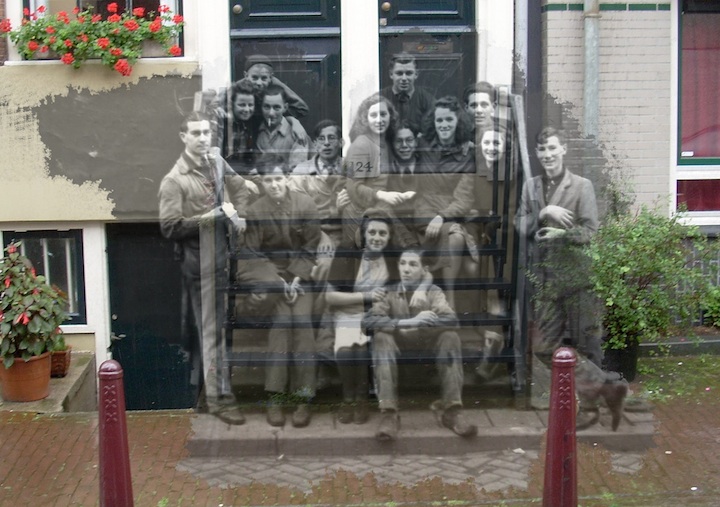 Were you inspired by Russian photographer Sergey Larenkov's World War II photos are did you come up with the idea yourself?
To be completely honest, I do not know if Sergey inspired me. Some of them were made in 2007, some only last month. I don't remember if in 2007, when I made the first one, if I had already seen his photos or saw them shortly afterwards. I know that when I made the first one because of the research I was doing, not as something creative.

I found the old photos at a fleamarket and because there was so little information about the 300+ negatives I tried to figure out where the photos were taken. To make sure I found the right spot, I made the then and now photos. Here is my first one. Not very good, just to compare the location with the photo I took. Of course, then I realised that it could look very cool and decided to make it look a bit prettier.

It is possible that I had seen Sergey's photos shortly before or after putting this one on the internet. I think someone pointed those out to me then but, as I said, I just don't remember. I visited so many WW2 related sites during my research that I would not be suprised if I had stumbled upon them long ago and that they were in the back of my mind when I started making mine.

What do you hope others will get out of your merged photos?
I hope that they remind people of history, make them realize that the past is all around us and that things happened where they are walking, where they live, where they work. I am passionate about the past, I think it is one of the most important subjects in the world. Without knowing where we come from we don't know where we're going. Seeing a place you know well as it was many years ago is always fascinating, seeing that same spot at a time when something important, horrible, lovely, interesting or unusual was happening, this is also confrontational and will hopefully make people think.

What did you learn in the process?
In the process I learned more about Photoshop. 🙂 But I also learned where certain things happened. I already know the historical context in the photos but now I exactly know where those scouts were walking, where someone was shot and I will never again be able to walk passed that square without seeing the children's pram or that pile of shoes.

I knew what happened there, but knowing the exact spot of some detail will etch it into your visual memory. I would love to see photos like this made across the world and then displayed on that spot so people are confronted with the past of a location there and then. Especially for children and young people who sadly know so little about history, if they would see photos like these they may become curious and start asking questions about what happened there. I hope to get some time to make many more, I am thinking about creating a site just for these photos and if some publisher would be interested I would love to turn them into a book.