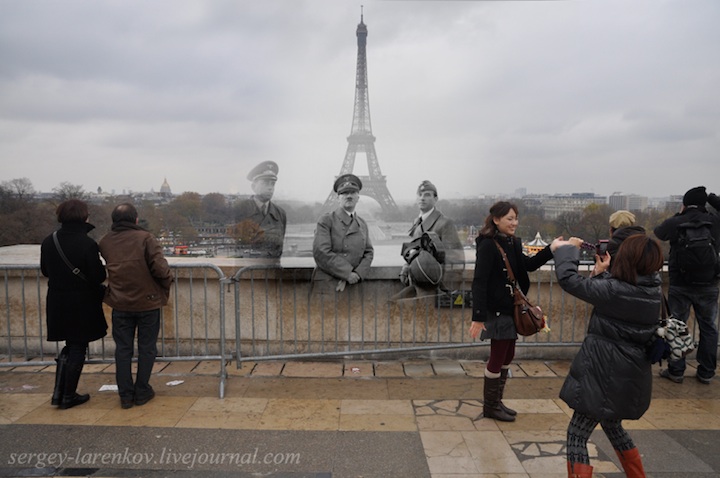 As the stunning follow-up to the incredible set we called The Ghosts of World War II's Past, Sergey Larenkov has just released new photos – this time on the occupation of Paris circa 1940. In November 2010, Russian newspaper Rossiyskaya Gazeta organized an exhibition of Sergey's work in France. While there, he decided to make a new set dedicated to that country, from the start of France's occupation to its ultimate liberation. He even traveled to Omaha Beach, Normandy, the site of D-Day and the decisive stage in the liberation of Europe in World War II.

It's interesting to note that this 40-year-old St. Peterburg man isn't a professional photographer at all, in fact, this project is just his hobby. Sergey's actually a sea pilot, leading ships around in the Finnish Gulf and through the port of St. Petersburg, Russia.

Find out more about him in our exclusive interview below where he talks about the very personal reason why he started it all. 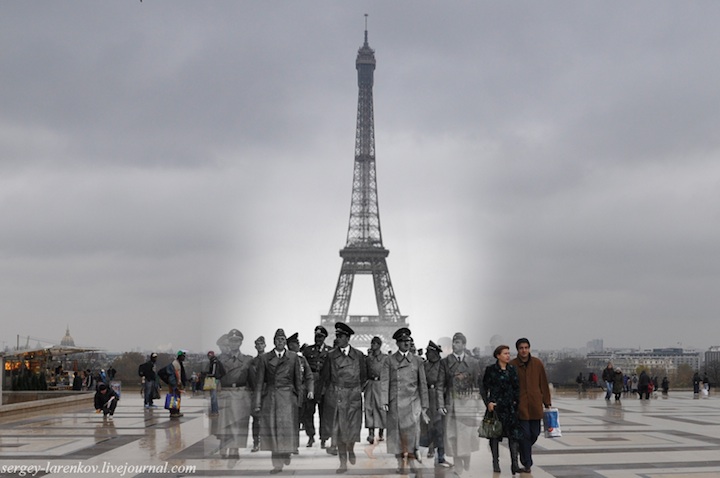 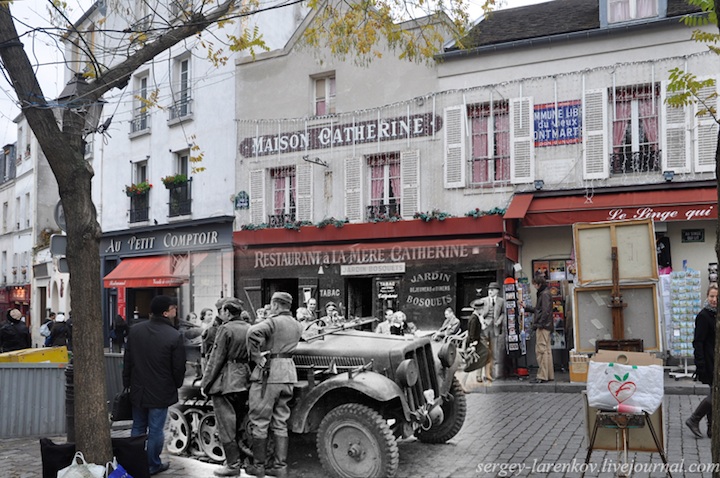 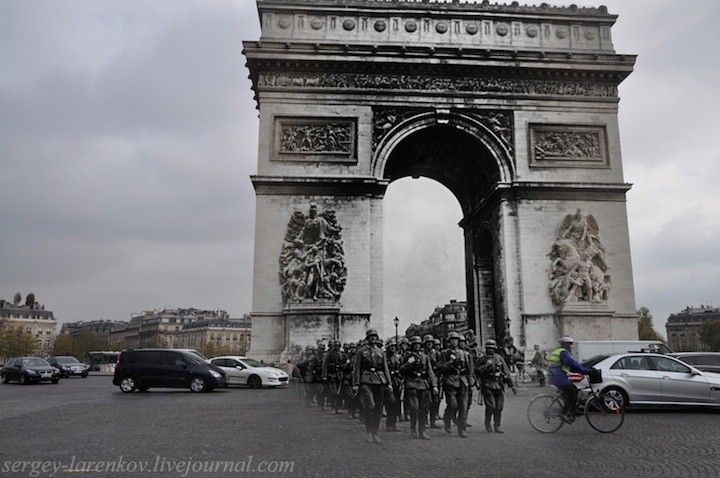 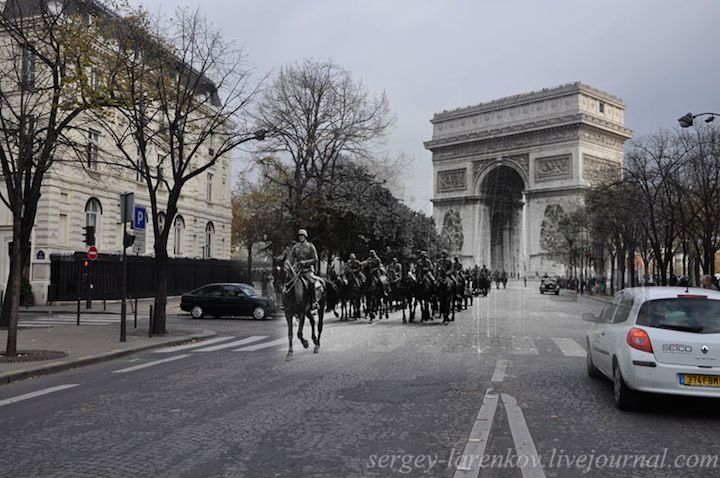 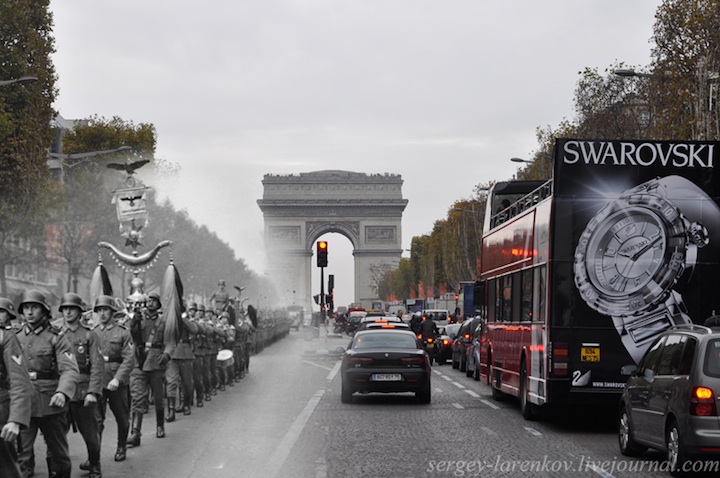 What inspired you to start this series?
I collect old postcards with views of St. Petersburg and Leningrad. One day, I decided to combine them with modern photos. When I learned how to do it with postcards, I started doing it with archived photographs. The first of my historical collages was about the blockade of Leningrad. Both my grandmothers and both my grandfathers battled and worked in that besieged city. Therefore, this theme is especially close to me.

What's the reaction been like?
When I made these pictures, I never thought that it would elicit such a reaction. Many people say that I have opened a portal of time to the past. I began to receive many good reviews that prompted me to continue this project. After St. Petersburg, I made collages in Moscow, Berlin, Prague, Vienna and other cities. I'm just now releasing photographs taken in Paris.

Do you only use Photoshop or do you use other tools?
Yes, I impose one image to another using Photoshop, it's not complicated. It's much harder to find the point where the old image was made.

Where do you get your old photos from? Do you go out and take the new ones yourself?
Old photos I take mostly from the archives. I take all the modern images myself because the most important part is finding the desired point to shoot.

How long does each picture take you?
That depends on each photograph. Sometimes the collages are obtained quickly, within one evening, but sometimes I have to travel several times to the same place so that I can achieve the best possible match.

What did you hope to achieve with these photo-in-photos?
With this project, I want to show the horrors of war to people so that it can help prevent wars again.

Any last words?
It's very interesting to find the point where another photographer once stood. Suddenly, you see an old world with your very own eyes. You are transported back in time, it's almost as if you've stepped into a time machine. Sometimes, this is scary. This is just the first part of Sergey's France project (there's much more to come). For now, you can check out Sergey's LiveJournal for more incredible photo-in-photos. Thank you so much for the interview, Sergey. We're fascinated by your photos.